The Honor 8X Max is the latest smartphone from the global tech giants Huawei. Huawei may have been facing some setbacks these past few months, but when it comes to their Honor Brand, they’ve been seeing a lot of success.

Although the Huawei usually launches first in China, the Honor name is already quite popular in the global market so you should expect the Honor 8X Max and its counterpart, the Honor 8X to bring in a lot of new fans and customers. 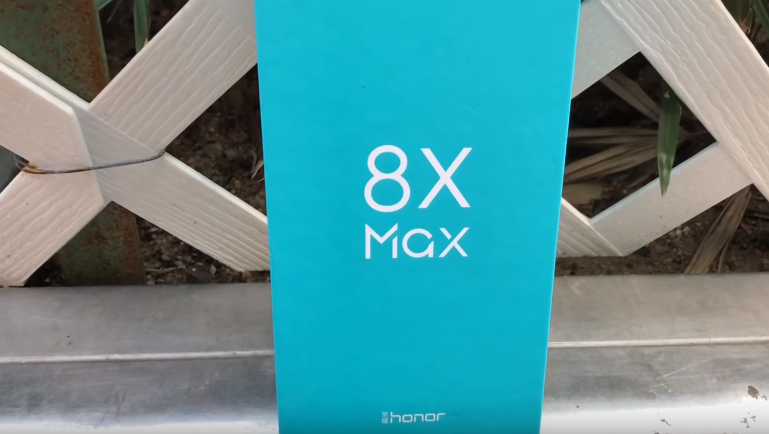 The Chinese telecommunications company Huawei, has been in phone manufacturing since 1997. They are also the largest makers of telecom infrastructure in the world. Huawei also makes android smartphone and tablets, and recently they announced that they‘d be stepping into the smartwatch market with the android wear based device.

The Honor 8X Max is scheduled for launch in the U.S. and U.K. in October and in India on the 21st November 2018. There have been several rumors floating around the Honor 8X in the last few months, but final confirmation has come after it was unveiled in China ahead of its international release.

Some of the Honor phones under the Huawei Company include the Honor 5X, Honor Bee, Honor 6, Honor 7C, the Honor 8X, and now with the Honor 8X Max, Huawei is taking the smartphone game to the next level.

Let us take an in-depth look at what makes the Honor 8X Max such a spectacular phone. 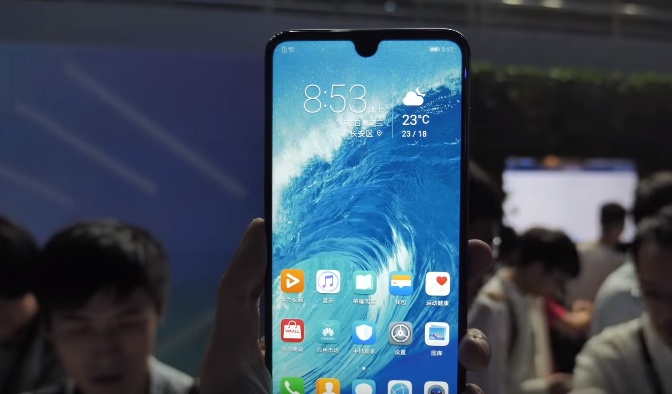 In terms of shape, the Honor 8X Max has a similar shape to that of the iPhone X making it an elegant and stylish Android smartphone. It is largely rectangular, with trim, rounded corners. Like the iPhone X, it also has no home button; the fingerprint scanner is located at the back of the phone. 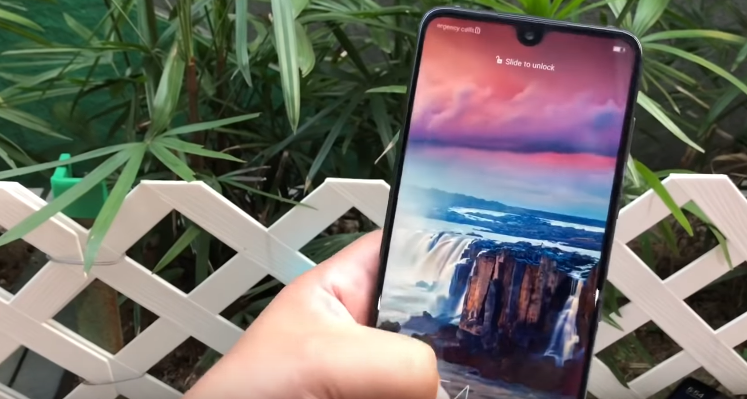 The Honor 8X Max offers more screen bezel than the Honor 8X. The body is made from aluminum alloy; it has a thickness of 8.1mm, the height of 177.5mm, and a width of 86.2mm, so it may be bulky to some users. Its overall weight is 210g. It has a 7.12-inch FHD plus IPS LCD capacitive touchscreen giving you better display for your smartphone. The screen resolution is 1080×2244 pixels and 350 pixels per inch to give you a clearer picture and much sharper visuals.

It has a nine-volt charger which is a pretty fast charger all things considered, so you should be able to reach full charge quite easily. 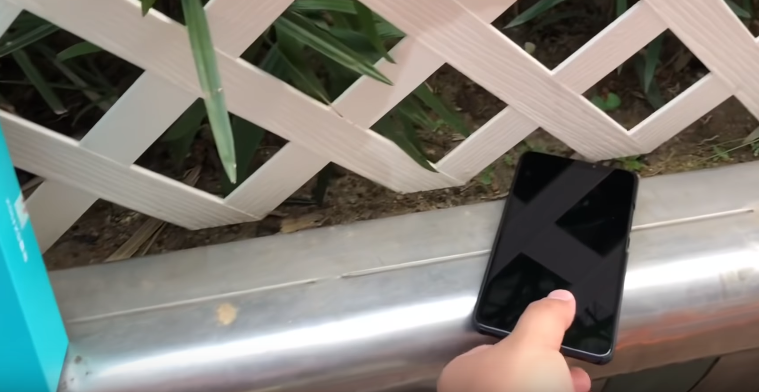 The Honor 8X Max is one of the standout phones in the android market thanks in part to its design, all the amazing features it is filled with, and the brilliance of the Huawei Company. Like the Honor 8X, the 8X Max is made with aluminum alloy giving it a stylish and refined look. It comes with a 7.12 inch nearly bezel-less screen, which still has a small chin support at the bottom. The screen-to-body-ratio is approximately 83.4%. The notch droplet on the Honor 8X Max goes a long way in increasing the screen to body ratio.

It is a multi-capacitive touchscreen phone made from Corning Gorilla Glass 3. It has a screen resolution of 1080 x 2244 pixels IPS LCD with 16M colors. This means that you can accomplish a lot more graphic-intense activities on your mobile such as watching music videos, movies, or playing some of the latest Android games. 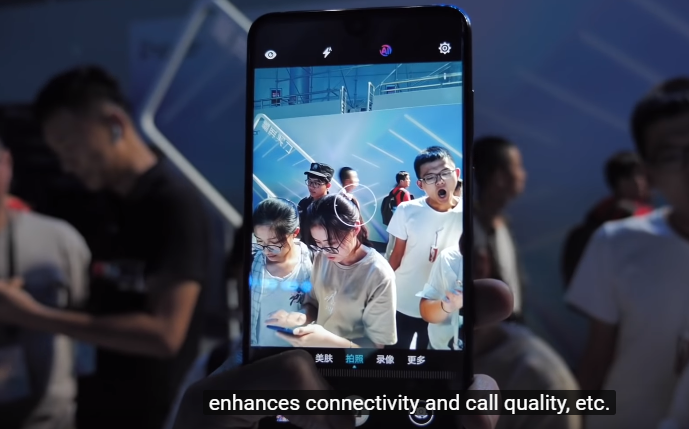 Like most smartphones in today’s market, the camera is one of the features that make this phone so unique. At the back of the phone is a dual camera; a 16 + 2MP camera with a f/2.0 aperture and LED flash. The rear camera can snap pictures with a quality of 4606 x 3456 pixels, and with the LED flash, your pictures will look like they were taken with a professional camera.

It also has an impressive front camera inside the teardrop notch. The Honor 8X Max has an 8MP front camera also with a f/2.0 aperture, which is incredible considering it’s for taking selfies and/or making Snapchat/IG live videos.

The phone also has an auto-focus feature that helps to fine-tune the camera’s focus, giving you clearer and better quality pictures. The rear camera also lets you record high definition videos taking full advantage of the 1080 pixels on the screen.  The camera also comes with several other features like the ‘beauty’ feature that lets you glamour up your selfies and pictures. If you’re a budding photography enthusiast, then you’ll love the aperture feature, which gives you full control of the camera aperture. The camera also has full AI support that you can turn on and off.

The first thing you’ll notice when you get the Honor 8X Max is that apart from the 4.5mm audio jack, there’s a speaker on the top grill and at the bottom. That’s right; the Honor 8X Max is a dual speaker phone which will give you a better audio quality for your music, movies, and even when you’re gaming.

There’s no denying that the Honor 8X Max is a powerful phone. The Gadget comes with the Android 8.1 (Oreo)with EMUI 8.2 straight out the box, but you can upgrade it to the latest Android software whenever you choose. The smartphone has a 1.8 GHz octa-core with a Qualcomm Snapdragon 636 as its processor.

It also has a 4GB Ram size and a 64GB internal memory size. The Honor 8X Max has an SD Card slot for expandable storage that can be expanded up to 256GB. Some of the internal memory will probably be taken up by the operating system so you should expect to have 58 – 60GB memory space left for your use. 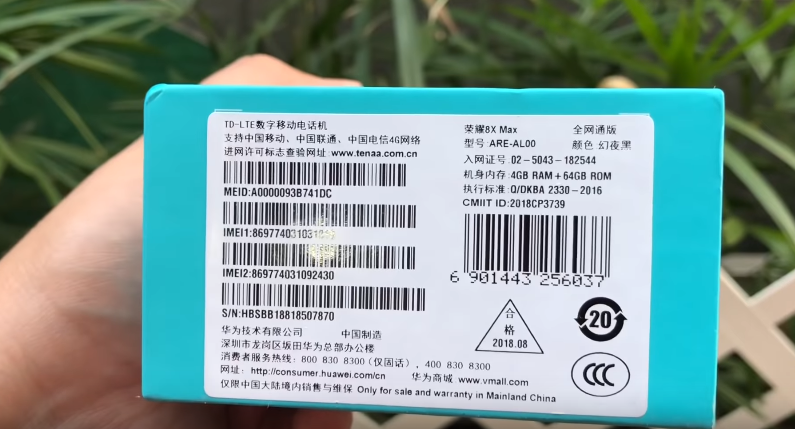 The software specifications are a vital part of any smartphone; they can make a break the popularity of a smartphone. The Honor 8X Max comes loaded with the Android 8.1 operating system. You can upgrade to the latest available OS whenever you wish. A dual SIM (GSM and GSM) phone that accepts only Nano-SIM on both ports. Both SIM ports provide you with all the latest connectivity options like 3G, 4G LTE, GPS, and Wi-Fi. The Wi-Fi standards supported include 802.11 a/b/g/n/ac

The Honor 8X Max also comes with Bluetooth connectivity. This particular feature helps you connect to all sorts of devices like the air pods, portable Bluetooth speaker, or car Bluetooth speaker. You can use the air pods to listen to music wirelessly, accept calls, and operate your phone while it’s still in your pocket.

It also comes with the latest sensors you’d expect in a high-end smartphone like fingerprint sensor, accelerometer, compass/magnetometer, proximity sensor, gyroscope, and ambient light sensor. These sensors help to monitor various activities and provide various functions to your smartphone.

It comes with the Google Play Store pre-installed as you would expect with any android. The Google Play store lets you install all kinds of apps on your smartphone according to your preference. There are music apps, gaming apps etc.

You can also find all the popular social media apps on the Google Play Store like Twitter, Facebook, and Whatsapp, and thanks to the powerful processor on this smartphone, you can enjoy using these apps on a daily basis quite smoothly.

The Honor 8X Max from Huawei comes with all kinds of sensors that’ll improve the functionality of your smartphone. Some of these sensors include  Ambient light sensor – which automatically detects the light. It also decreases and increases the brightness of your phone – Fingerprint Sensor, E-Compass, Gravity Sensor, and the Proximity Sensor

The Honor 8X Max has a built-in battery of 5000mAh. This is more than you’ll find in most smartphones of its caliber. This means that even if you’re using a lot of battery intensive applications, a single charge will still carry you to the end of the day.

The 5000 mAh battery can provide you with up to 4 hours of full video playback. And about 5-6 hours of continuous use before you’ll need to charge.

The lock screen is another feature of the Honor 8X Max that is vital to any smartphone.  It provides a layer of security to your phone by limiting access to the phone until it is unlocked. There are several methods of locking your phones. There is the fingerprint scanner, which is at the rear of the Honor 8X Max; you can use a pin or a pattern. There’s also Face ID and Voice Unlock. You can also ‘register’ about four fingerprints on your fingerprint scanner so you can unlock your phone with any one of them.

The Honor 8X Max comes with several Chinese applications pre-installed in it, seeing that it was produced in China. With the help of the high-speed processor, you can run multiple applications at a time without anyone interrupting them. The Honor 8X Max is also a great phone for gaming on a count of its large screen, 4GB ram, and 1.8 GHz octa-core with Qualcomm Snapdragon 636 processor.

Huawei company will regularly drop OTA (over the air) software updates whenever there’s a new update to the Android operating system. As already mentioned, the Qualcomm Snapdragon 636 processor lets you use multiple programs on your phone without any interruptions. Make sure you read the manual containing the specifications and features properly so you’ll know what to expect in case of a troubleshoot. 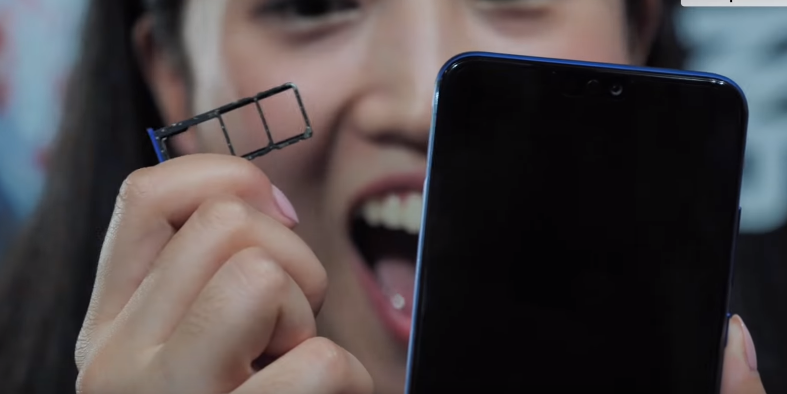 The Honor 8X Max also comes with Bluetooth 4.0 and Wi-Fi connectivity that you can use to access the internet. You can use these features to make video calls, stream live videos, and carry out other activities on the internet. 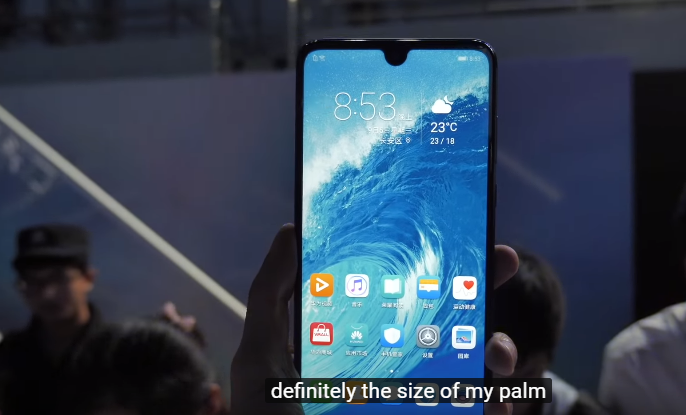 The device also comes with the latest sensors that you can make use of in your daily activities. Sensors like GPS will help you find your way if you’re not sure of the direction to go. Or you’re in a new place for the first time. The Pedometer together with the GPS function helps to count your steps in case you’re using an exercise app. This means that you can use this smartphone to make a record of your daily and weekly exercise activity. The tracker can also give you speed and distance if you’re moving in a car. Note that most of these sensors work best when you’re outdoors, they can’t provide you with accurate data if you remain indoors. 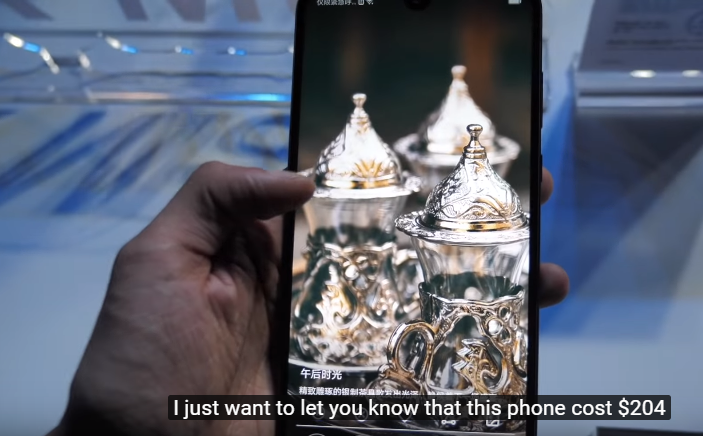 With the Honor 8X Max, you’ll be able to achieve a lot more than with any other smartphones. Play the best smartphone games and enjoy all your smartphone applications very seamlessly. The Honor 8X Max comes with the 8.1 Oreo OS. And you can load all kinds of application like Twitter, Whatsapp, and Facebook on it. Keep up to date with your favorite social media using this smartphone.

There you have it, a complete review of the latest Honor phone from Huawei, the Honor 8X Max. An affordable smartphone is packed full with several features. So if you have a chance to lay your hands on this incredible device. Make sure you don’t miss out on the opportunity.