Chinese manufacturing giant, Xiaomi has been in operation for over 8 years now, manufacturing different products that cut across all part of human life. Xiaomi officially occupies the fifth-largest smartphone vendor globally; this is coming three years after which they started selling smartphones outside of China, what an achievement in a very short time. When it comes to the production of Top-notch smartphones, Xiaomi can compete with the likes of Apple and Samsung with there smartphones been twice or trices the amount of these other brands. Do you wish to change your smartphone? Or want to get a Xiaomi product? Or wish to get a Xiaomi smartphone for someone? These are the phones you’ll need to know about in our list of Top 5 Xiaomi Smartphones 2018 (Early): 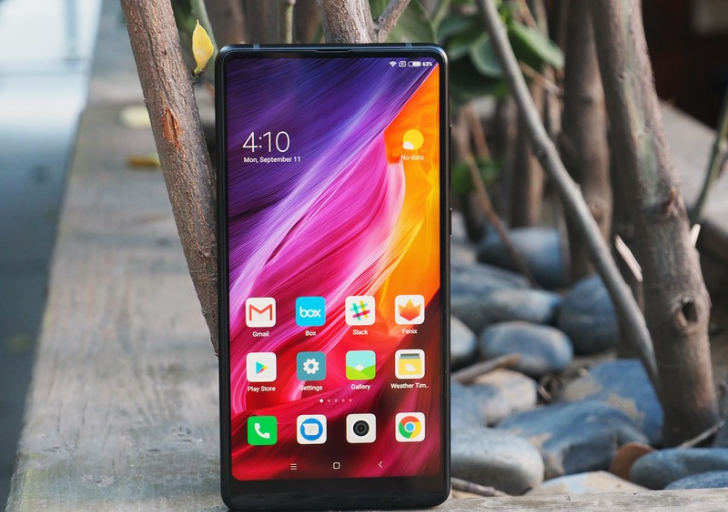 The Xiaomi Mi Mix 2 was launched in October 2017 with an ultra-thin bezel and a nicely ceramic construction which made it one device that has been in top sales since its production.

I guess all you know and must have heard what an incredible handset we are talking about, but it’s never useless to recall its key features. The Xiaomi Mi MIX 2 sports a custom-made 5.99-inch screen at a resolution of  2160 x 1080 pixels, 18:9 aspect ratio that also occupies 91.3% of the front side. This screen has very narrow bezels on the top and sides with a standardly sized bezel below the display which houses the selfie camera. The earpiece and the proximity sensor are hidden under the screen thanks to a piezoelectric ceramic driver for the earpiece and an ultrasonic proximity sensor.

It’s as beautiful inside as well as outside. The Mi Mix 2 is no slouch either, sporting a Snapdragon 835, 6GB or 8GB of RAM, 64GB/128GB/256GB of internal storage, 12MP camera, 5MP front shooter, Wi-Fi ac with MIMO, Bluetooth 5.0, and a 3400mAh battery. One of the main drawbacks of last year’s Mi Mix was the primary camera, but this time around Xiaomi addressed the issue by using the same 12MP imaging sensor as the one on the Mi 6. As a result, images taken with the Mi Mix 2 look incredible.

The Xiaomi Mi 6 was launched in April 2017, which became the first sub-$500 phone to be powered by the Snapdragon 835. It was also the first Xiaomi device to ditch the 3.5mm jack. It sports a dual-camera with two 12MP sensors. The latter supports 2x optical zoom, 4-axis OIS, and tons of camera features. 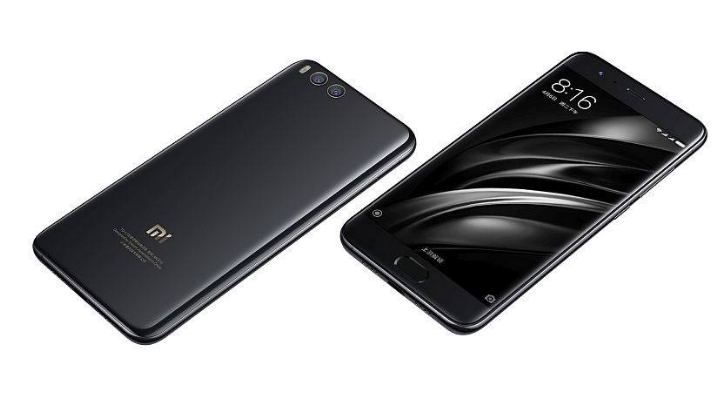 The design has picked up a considerable upgrade from last year’s Mi 5, with Xiaomi offering a chassis with rounded corners and two panes of glass sandwiched by a stainless steel frame. As you’d imagine from a Xiaomi flagship, the Mi 6 has beefy specs in the form of a 2.45GHz Snapdragon 835, 5.15-inch Full HD display, 6GB of RAM, 64GB/128GB internal memory, 8MP front shooter, Wi-Fi ac, Bluetooth 5.0, NFC, and USB-C.

So now the difference between the Mi 6 and the Mi Mix 2 really comes down to whether you want a compact flagship with an amazing camera or a beautiful bezel-less flagship with a huge screen. Either way, you’re making a great choice.

The Xiaomi Mi A1  was launched in October 2017 and its the only xiaomi smartphone not to run the MIUI as Xiaomi collaborated with Google on the Android One platform in the production of the Mi A1. As a result, you get a device with Xiaomi’s design language and Google’s software vision. The fact that the device costs under $250 are the icing on the cake. 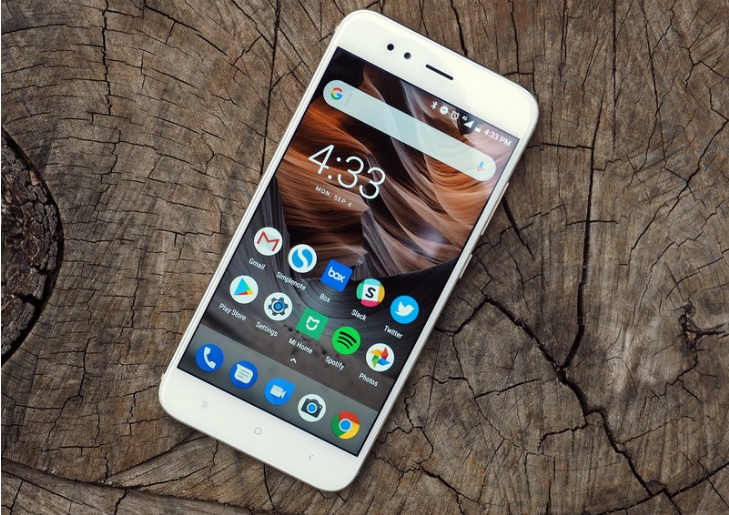 The Mi A1 has a premium design with antenna bands running along the top and bottom of the phone at the back, and the aluminum body gives it an upmarket look. The phone also has dual 12MP rear cameras, with the same configuration as the Mi 6: a wide-angle lens augmented by a telephoto lens for 2x optical zoom.

The rest of the specs include a 5.5-inch Full HD display, Snapdragon 625, 4GB of RAM, 64GB of internal storage, microSD slot, 5MP front shooter, 3.5mm jack, and a 3080mAh battery that charges over USB-C. One nice advantage of this device is the updates that never fails to come in. Before the end of last year, two updates rolled in delivering the latest security patch. The smartphone is currently running on Android 8.0 Oreo, that’s if you update it.

It’s also worth noting that the dual camera performs almost as well as the one found in the Mi 6, and is easily the best snapper of any mid-range device we’ve tested.

Buy The Xiaomi Mi A1 On Gearbest For Just $209.99XiaomiToday Best Deal

The Xiaomi Mi Max 2 turned out to be a surprise hit for Xiaomi last year, so the company rolled out an updated variant with a better design and upgraded internals. The large 6.44-inch screen combined with a massive battery makes the Mi Max 2 a multimedia powerhouse. It was released in may 2017. 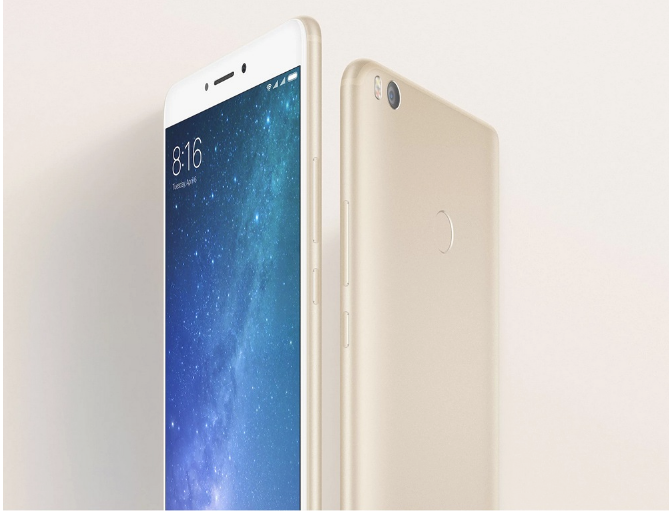 The display provides a 1080p resolution and 72% NTSC color gamut. This screen also comes with an eye protection mode as well as color temperature adjustment. And finally, it’s been supplied by Pegasus. This smartphone comes with some awesome features; the Mi Max 2 is packed with a Snapdragon 625 chip. The latter is considered to be one of the best options in the mid-range market. The SoC is also paired with a 4GB of RAM and 64/128GB.A large screen requires a larger capacity battery. Fortunately, Xiaomi thinks in this way as well. There is a 5300mAh battery providing up to 2 days of normal use. As for charging, this handset supports QC3.0, parallel fast charge technology, and OTG reverse charging. So it takes only 2 hours and 24 minutes to charge it fully.

The Mi Max 2 also performs well in other areas. The single 12MP camera with dual flash takes great photos and can even capture 4K video. The Mi Max 2 has wireless AC support, with Bluetooth 4.2, FM Radio and an infrared blaster.

The Redmi 4X was launched on February 2017, and it was one of the classy budget phones Xiaomi released early last year, and as usual, the device came with an affordable price tag despite its premium build and decent specs. The Xiaomi Redmi 4X comes with a 5-inch 720p display with 2.5D glass on top and a smooth metal body, curved around the corners. The phone is powered by an octa-core Snapdragon 435 chipset, and there is a large 4100mAh battery under the hood which should ensure at least two days of comfortable usage on a single charge. The Redmi 4X also packs a 13MP rear camera with f/2.0 aperture, 5P lens, PDAF and LED flash while there is a 5MP selfie shooter with f/2.2 aperture. 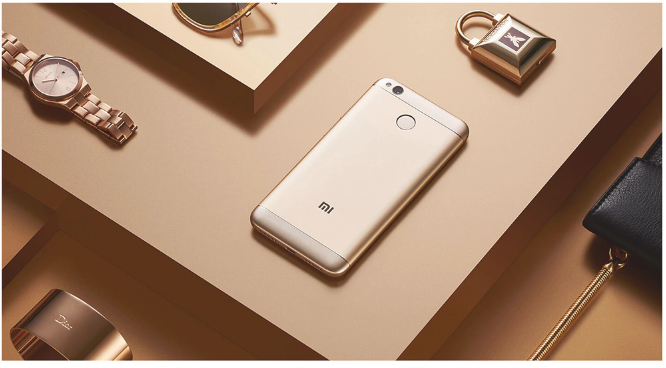 The Redmi 4X comes with a slim 8.65mm body (despite featuring a large 4000mAh battery in a compact 5-inch form factor). At the back, there is also a fingerprint sensor, which is a great addition at this price. 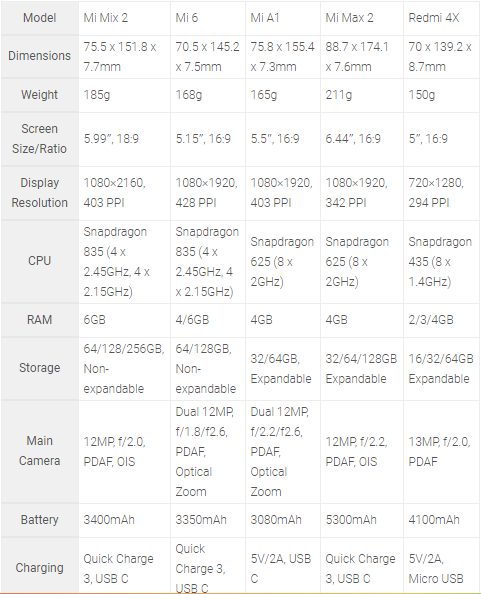 We hoped you liked our Top 5 Xiaomi Smartphones 2018 (Early). Did we miss any good old Xiaomi smartphones that deserve to be on this list? Let us know in the comment section below.