After so many leaks and rumors, Xiaomi has now officially revealed that the Mi Mix 2S is real and is arriving on March 27th with the latest Snapdragon 845 processor under the hood. The company also revealed the AnTuTU score of the phone and the Xiaomi Mi Mix 2S surpasses the 270K mark to be one of the most powerful phones with the highest AnTuTu scores. Today, the ‘About Phone’ screenshot of the Xiaomi Mi Mix 2S confirmed some of the major specifications that were previously leaked. 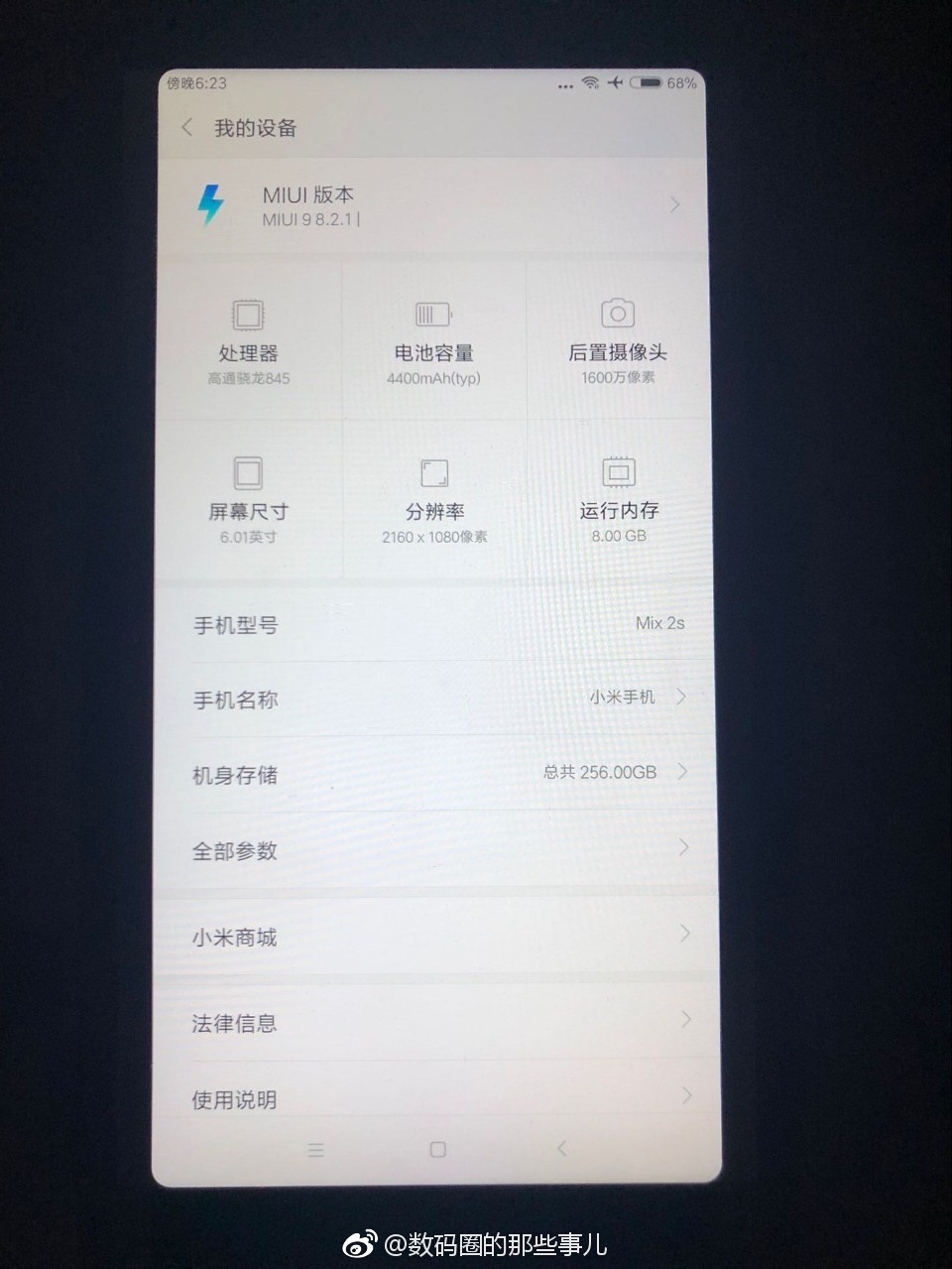 So yes, the phone is indeed featuring a Snapdragon 845, and there is absolutely no doubt in that. Just for information, it is a 10nm mobile processor which is going to power every Android flagship this year. This same processor is present on the Samsung Galaxy S9 and S9+ that were launched yesterday. As for other specifications, there is a huge 4,400mAh battery under the hood, which combined with the Snapdragon 845 will provide more than a day of juice. The screenshot mentions only a single rear camera which is a 16MP sensor.

The display measures 6.01 inches and it is a Full-HD+ display with a resolution of 2160x1080p.There is 8GB of RAM along with 256GB internal storage.

Well, the Xiaomi Mi Mix 2S is surely going to be a great phone overall as the specs seem promising. What are your views? Do let us know via the comments section.