2017 was the year of bezel-less and dual camera smartphones. The trend continues in 2018 as well, and we have seen some phones that launched this year with the same concept. Vivo, the company that launched world’s first smartphone with an under-display fingerprint scanner, is working on yet another phone with the same idea but even lesser bezels. It could be the world’s first device with so much fewer bezels and no notch as well. 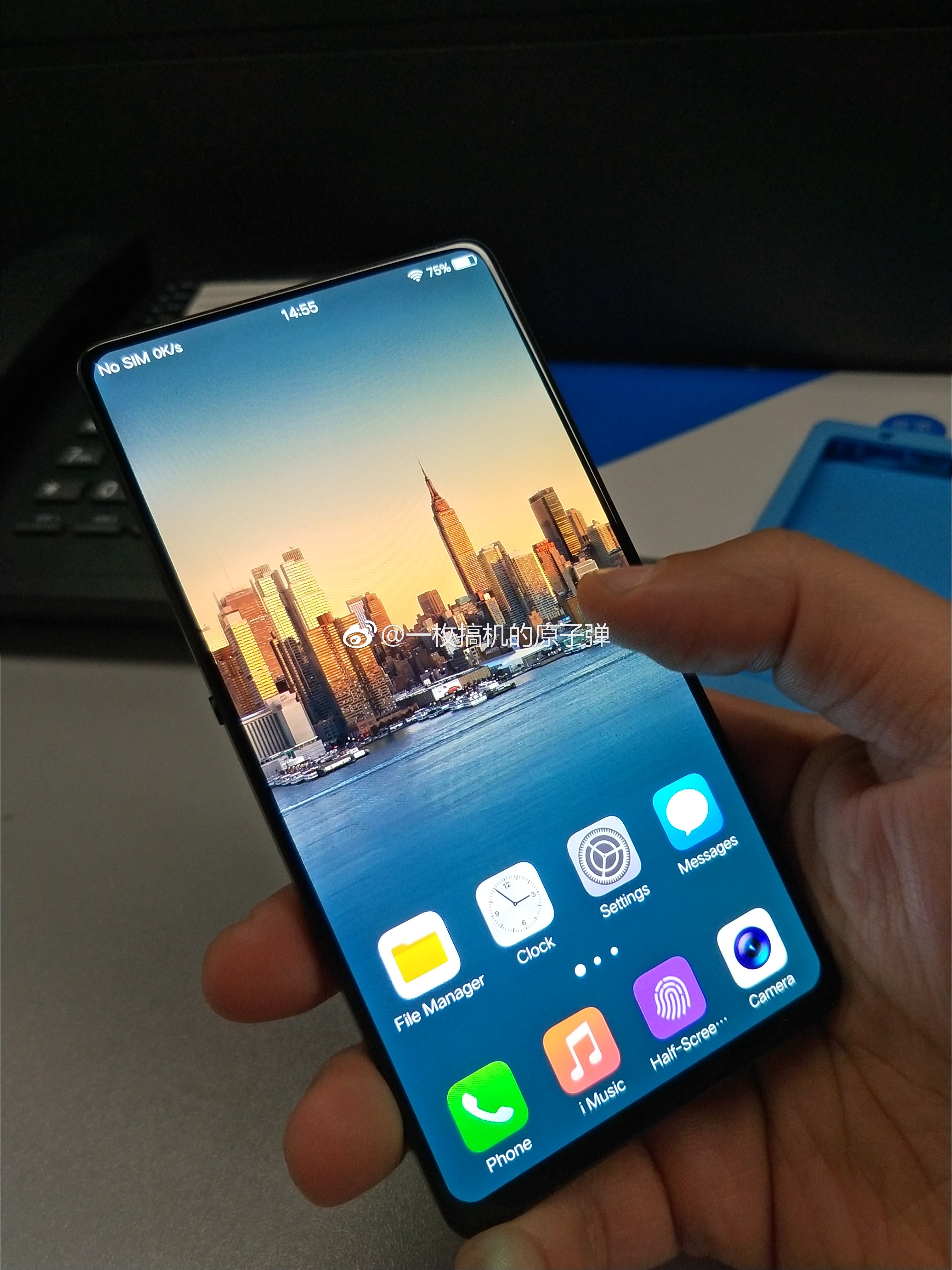 The same phone appeared in the live image a few days back with the same design, but due to the blurry image, it was kind of obvious to take that image as photoshopped one. This time, it seems this phone is a real deal. The screen-to-body ratio of the phone shown in the image above is surely going to be the highest that we have ever seen ( in case we don’t see any such phone before its launch!). This bezel-less device has no rear or side facing fingerprint scanner since it has been embedded underneath the display, just like the X20 Plus UD.

As you can see, the bottom bezel is slightly thicker as compared to the bezel on the top which might be due to the front-facing camera that is placed on the bottom bezel, just like Mi Mix. There have been previous leaks that suggest Snapdragon 845, 4K display and more for the next Vivo flagship!