MiUI 9 is not just a next variant of MiUI, but it seems as if it is the fastest custom skin among all the other skins like Samsung’s Experience UI, Huawei’s EMUI, etc. We saw that at the launch event of the MiUI 9, Xiaomi showed how the developers have significantly increased the app launch time and it is comparable to that of Apple’s iOS. Xiaomi went a bit further, and the company showed via a video how the Xiaomi Mi6 running on the MiUI 9 smokes the Samsung Galaxy S8 running the Samsung  Experience ( formerly known as TouchWiz) and Huawei P10 running the EMUI 5.1.

So, here is what the whole test is all about. So, all these three devices, i.e., Xiaomi Mi6, Samsung Galaxy S8 and the Huawei P10, are loaded with the same apps. Now, under a controlled environment, the apps are launched on all three devices and the app launch speed it noted. The phone that launches an app faster than the other two wins that round. So, here is what happened – 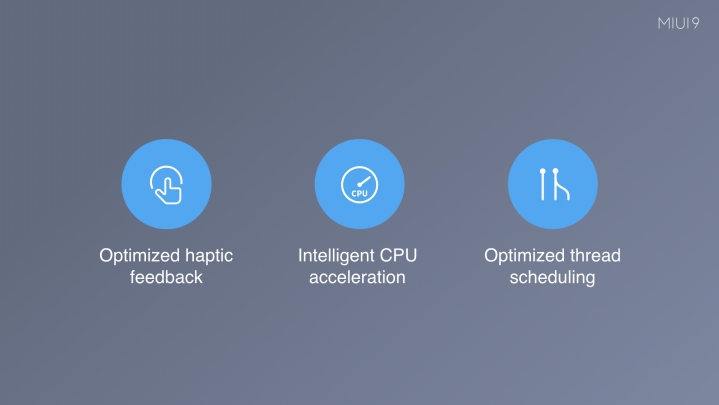 Well, this small test has given a clear idea how many changes are made in the new MiUI 9 ROM.If you are wondering how Xiaomi achieved this feature of opening apps faster than the top smartphones in the market right now, then here is what the company says –

Optimized haptic feedback, intelligent CPU acceleration, and optimized thread scheduling are our secret in achieving this result. No matter you are launching games, system apps or third party apps, once you tap on the app, you will be amazed at the explosively fast app launch time.

So, what are your views about this? Are you excited to get your hands on the stable MiUI 9? Well, it won’t be wrong to say that this wait of so many months will pay off finally.