LEAGOO is out again with another jaw-dropping offer on its highly secure Venture 1 flagship smartphone. The LEAGOO Venture 1 Peach Black variant has got another discount this Christmas bringing the price way down to $148.19 on AliExpress, thanks to LEAGOO. 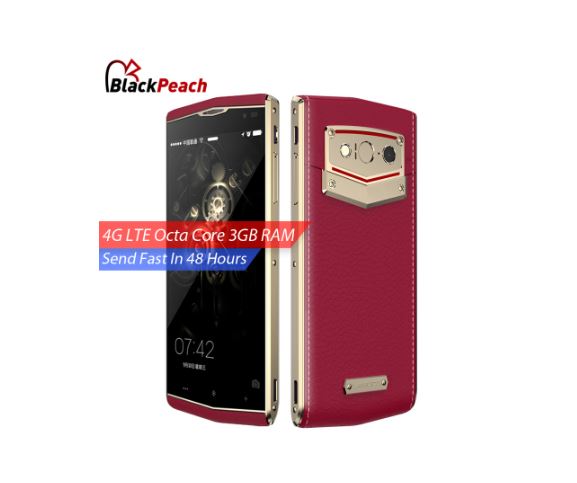 This is one amazing Christmas gift from Santa beinbg played here by LEAGOO. The Venture 1 isn’t just any smartphone, it comes with an handcrafted, first-class calfskin on the exterior which gives it a unique look. Not only that, the LEAGOO Venture 1 comes with 4G LTE network support and several customizations to suit the customer’s need. 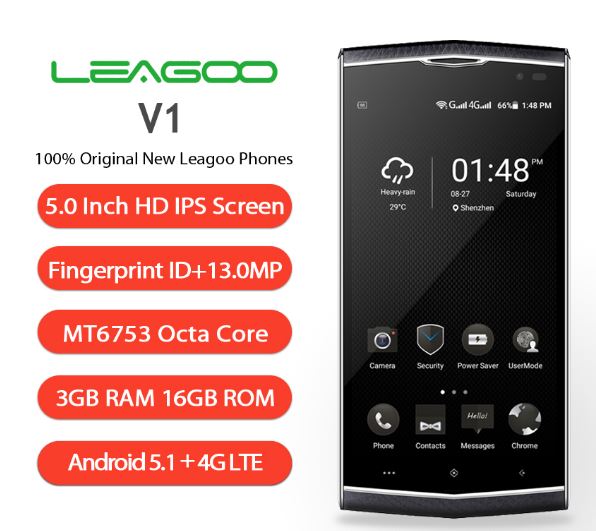 The Venture 1 could best be compared with the Vertu Aster T manufactured by British luxury phone maker, Vertu. The Aster T uses almost similar design like the Venture 1 with some slight differences. They also almost square up in the specs bench but when it comes to the price, the Venture 1 could be seen as a give away because the Aster T goes up for a far more expensive amount. 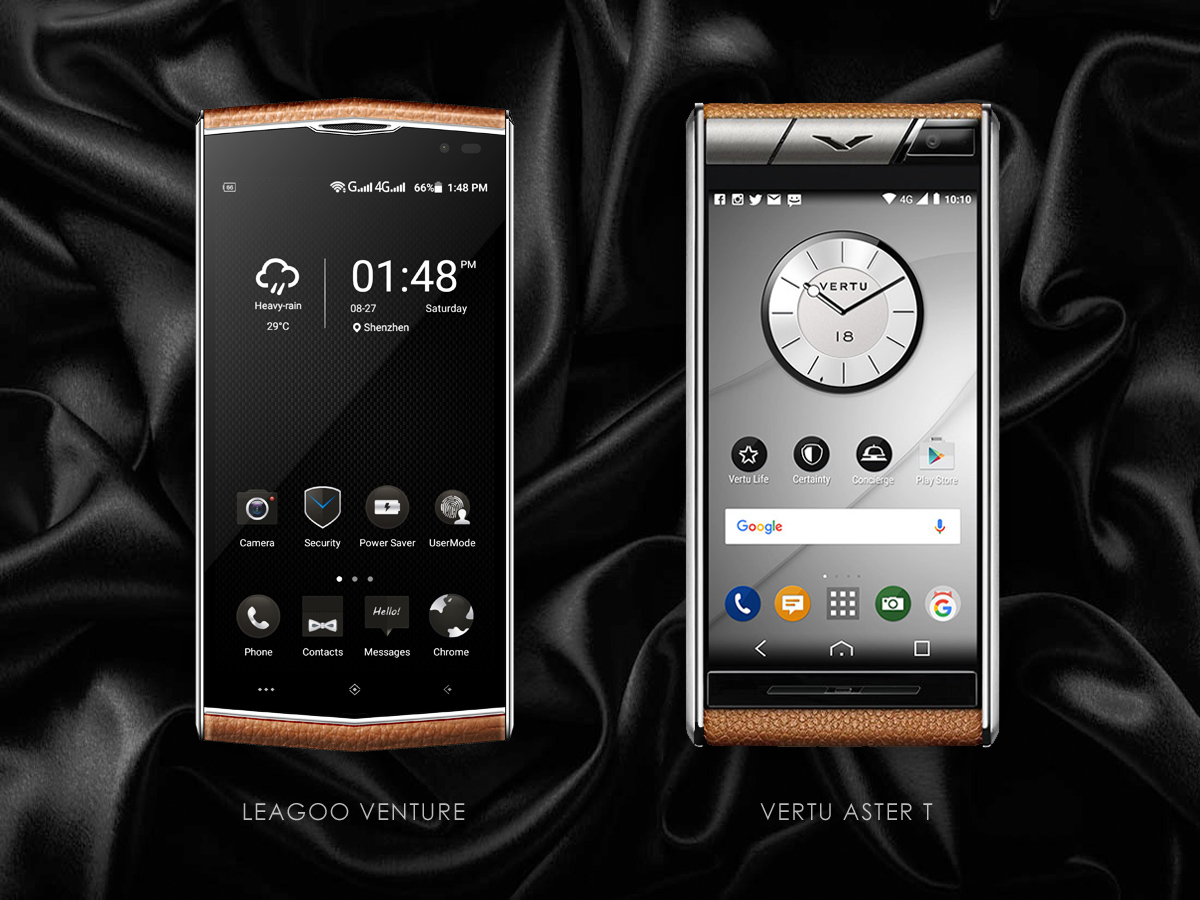 A quick glance at the specs lineup shows the LEAGOO Venture 1 sports a larger 5.0-inch display with HD resolution as against the 4.7-inch FHD display on the Aster T. Also, the Venture T is powered by a decent octa-core MediaTek MT6753 chiset clocked at 1.3GHz and back by 3GB of RAM. There is also 16GB of internal storage with option of expanding up to 128GB. LEAGOO has hinted that a 64GB version of the Venture 1 will soon be rolled out into the market in January 2017. 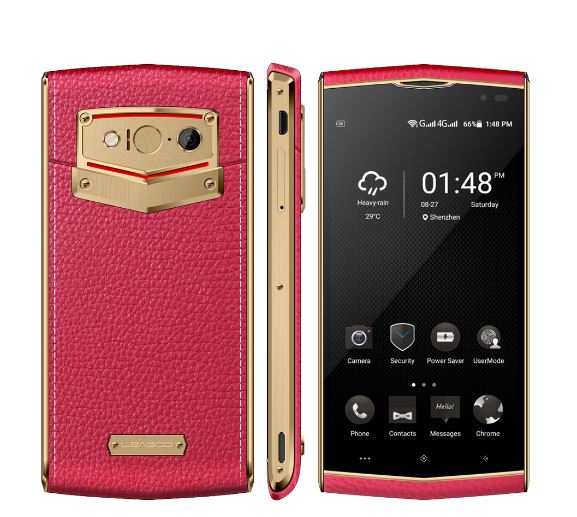 Furthermore, the Venture 1 features a 13MP Sony camera with true-tone flash and f/2.0 aperture which is guaranteed to output crisp clear snapshots. The luxury phone also packs an 8MP front-facing selfie camera with 84° wide angle. LEAGOO did not end there on the Venture 1, because the company recognises that trends change with time. The Venture 1 also features an ultra fast fingerprint sensor, something the Vertu Aster T doesn’t have. In addition, the LEAGOO Venture 1 crams a bigger 3,000 mAh battery under its hood with Quick Charge 1.5 fast charging technology for faster, safer and seamless charging.  Although the Venture 1 runs on the same Android 5.1 Lollipop OS as the Aster T, the device also adopts LEAGOO’s latest LEAGOO OS 1.0 which brings a more unique and delightful UI to enrich user experience. 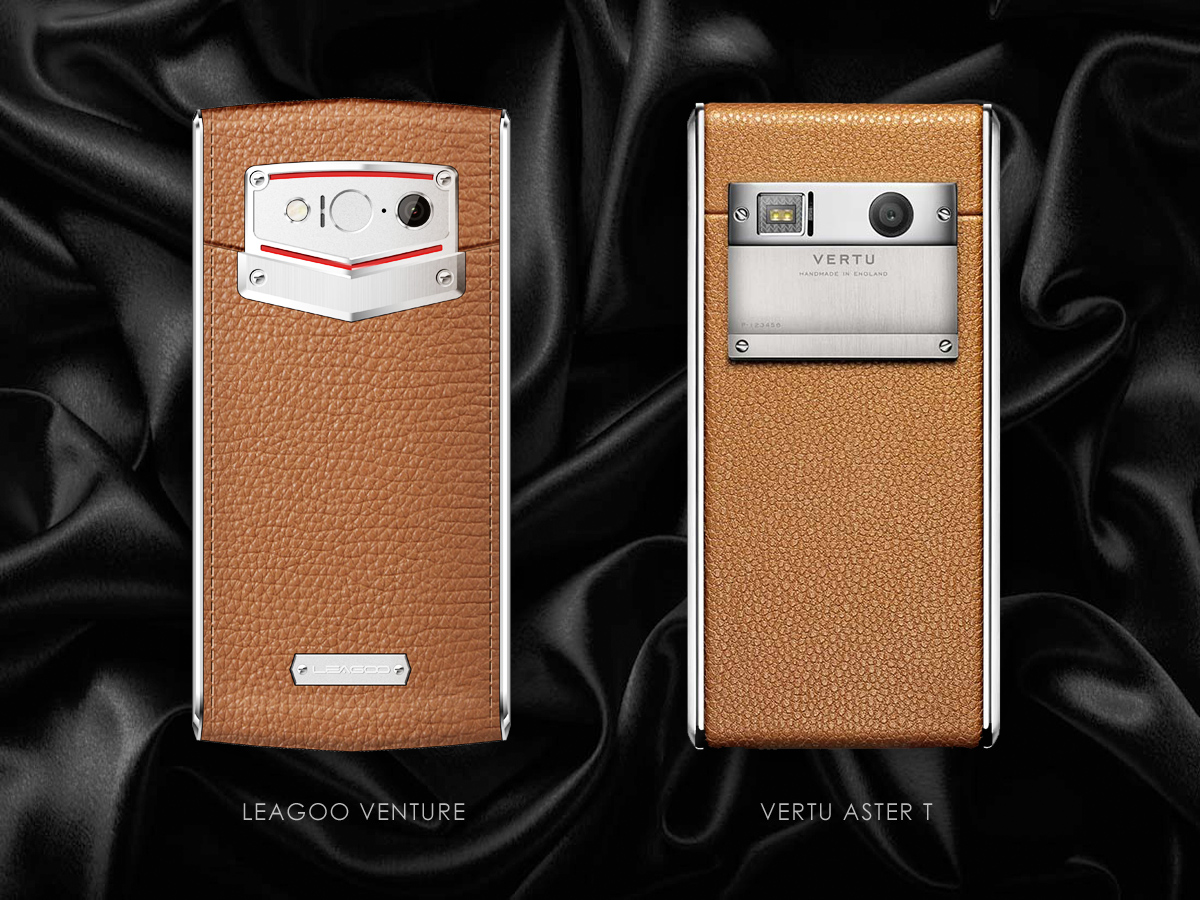 We must not fail to mention that the Venture 1 isn’t just a luxury phone but also one of the world’s most secured smartphone. The device features Dual Secure OS which lets users switch from personal OS to business OS and back freely. The security system is based on bank-level security chip’s encryption, and the Dual Secure OS function perfectly well to decline any chance of your personal data leaking out. Also, all files are sealed in a private storage space with military encryption technique. To further ensure the safety of your files, the Venture 1 monitors every attempt of break-in, showing all history record of unlocking your Data protection. In addition, by setting password, all Apps in your phone can be locked and no one can get in without a password. 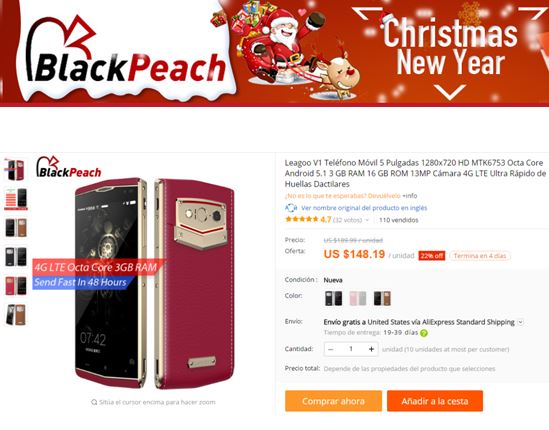 We could go on and on, but these are fair enough to convince us that the LEAGOO Venture 1 is indeed a smartphone worth having. Moreover, you’ve got to hurry up and grab the Venture 1 in this Christmas discounted offer on AliExpress. The offer is time bound and would be available while stock lasts this Xmas.The LEAGOO Venture 1 has got a huge 22% crash in its price, bringing it down to $148.19 from $189.99.And also, the 32GB version will be sold very soon in January.

Here’s LEAGOO’s official website in case you need to find out more about the Venture 1 and other LEAGOO smartphones. You can also watch the promo video for the Venture 1 here.

You can buy the Venture 1 on AliExpress from here as well.