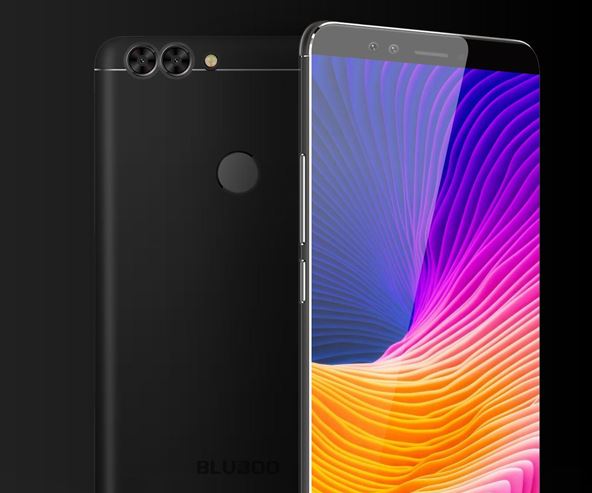 Images of the BLUBOO smartphone with dual cameras at the front and rear was recently leaked showing it cool design. It not as if dual camera smartphones are not common these days, they are in fact coming out to be the rave of the moment. Yet, BLUBOO is taking things a notch higher with the recent leaked image suggesting the company has developed a smartphone with dual front and rear cameras.

The BLUBOO smartphone is expected to be released very soon and is said to come with a dual rear camera set up similar to the first gen BLUBOO Dual model with the two cameras working in collaboration to bring pictures with Bokeh effect said to be of DSLR quality. The expected BLUBOO phone will also have a dual camera setup up front for sleek, spotless selfies. In addition, the BLUBOO Dual camera phone will feature a truly edge-less design, apparently with less bezels at the screen borders and there will be a fused antenna band design on the smartphone. There is also a rear mounted fingerprint sensor on the device.

Not much is known about the BLUBOO phone right now as other details are still sketchy but we’ll keep you updated as more details unfold.Meanwhile, the BLUBOO Dual with dual rear cameras is still available and you can get more details about this one n Bluboo’s website via this link: http://www.bluboo.hk/product/bluboo-dual. In case you are not aware, the BLUBOO Dual goes for as low as $129.99 in BLUBOO’s official AliExpress store. That is the only place you can get the Dual for that cheap price tag as other stores have hiked their price for the sleek dual camera phone since the presale ended.