Aside launching the Redmi 4, Xiaomi also announced a new variant of the Redmi 4 dubbed Redmi 4A during the Live stream online event today. The Xiaomi Redmi 4A had recently been spotted on TENAA and it comes packing the features listed on TENAA and even more features as well as a surprise on the price tag that might leave you in shock. 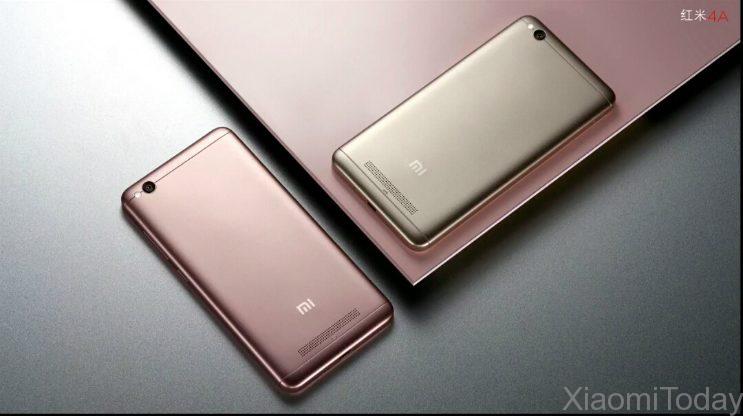 The Xiaomi Redmi 4A sports a very similar appearance with its elder brother, but wears a matte finish and featuring just two color variants of gold and rose gold. The device has a premium look that places it far above the cheap price tag Xiaomi placed on its head. The phone is super light as well, weighing just 131.5 grams. Another interesting highlight of the phone’s design is the super thin antenna lines, which gives it a seamless look.

On the specifications, the Redmi 4A is powered by the Snapdragon 425 chipset which is a quad-core chip clocked at 1.2GHz. There is a 5-inch 720p display on board. For memory, there is 2GB RAM and 16GB of expandable internal storage. At the back, the phone features a 13MP sensor with PDAF, and up front, there is a 5MP shooter. Other features include a 3120mAh battery, MIUI 8 and dual SIM dual standby.

Xiaomi Redmi 4A Price – Sleek Phone Can’t Get Any Cheaper Than This!

Despite the sleek design, cool look and modest specs line-up, the Xiaomi Redmi 4A  comes with an amazing price tag of 499 Yuan, which comes to just $74! can you beat that? That’s a lot of specs for such a cheap device. The phone is sure targeted at the Double 11 sales and will go on sale on November 11. Expect another record breaking sales time. we just hope Xiaomi has got a large stock ready for the November 11 sales.