The convenience of carrying a desktop PC around comfortably is what endeared me to the MINIX NEO Z83-4 Mini PC. I was tired of ferrying my laptop PC from and to my workplaces every day, I needed something smaller, compact and simple. When I first saw the release date and the specs, I told myself I have to wait patiently as this might be what I have been searching for. Truly, it was the WHAT I needed.

As a gamer, the 4GB RAM has provided the succour I needed to stop missing my larger devices; I can also save as many files as needed with the 32GB internal storage which I quickly tripled using a TF card. Its ultra-compact design and premium performance is ideal for play, work, and entertainment. It is a perfect PC despite its palm size. 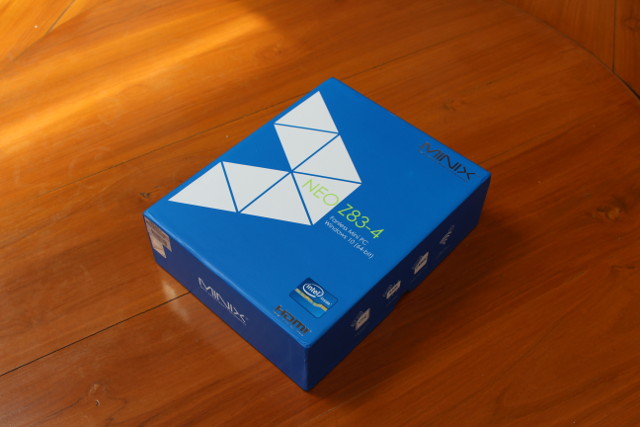 The mini PC is fitted into a dominant blue carton with a logo of the company well designed onto it. 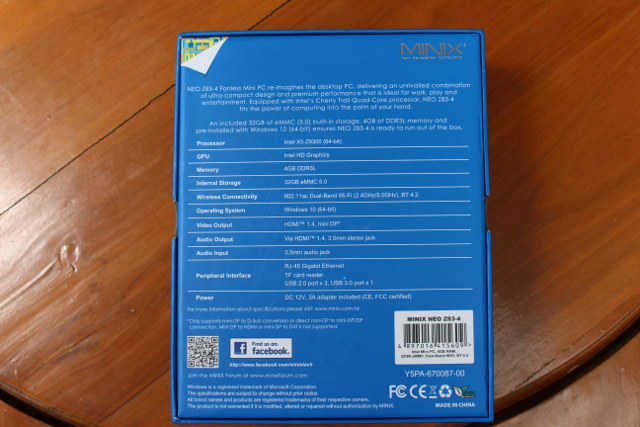 At the bottom part of the package, the specifications and links to the manufacturer’s Facebook page and Forum was explicitly provided. The following are included in the package; 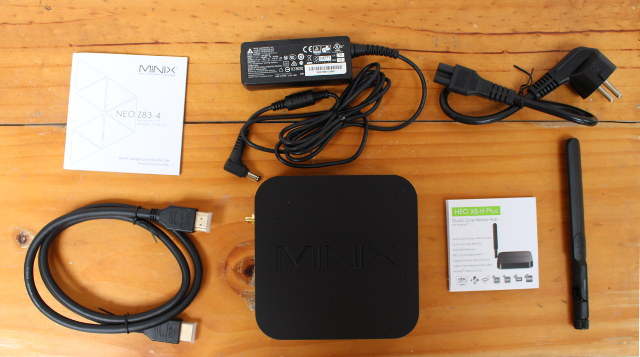 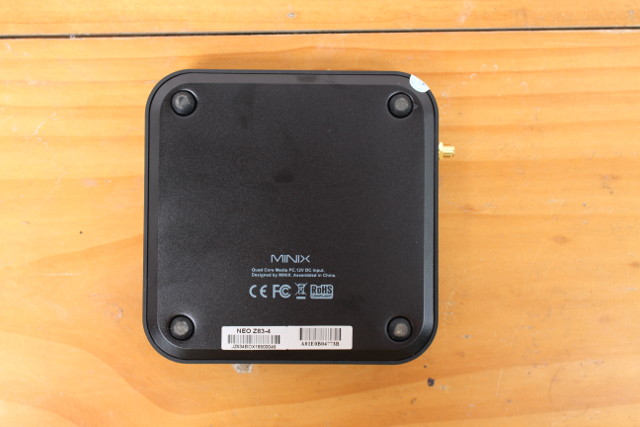 The MINIX NEO Z83-4 shares semblance with previous MINIX Android TV boxes and mini PC as I have seen on the Manufacturer’s website. A side of the product has the power button, three USB 2.0 ports, the micro SD slot, and one USB 3.0 port which works in power off mode if you need to charge your phone or tablet. I tested the speed of the charging output, and it was modest.

The other side of the PC has the connector for the Wi-Fi antenna and a Kensington lock opening. The rear side of the PC has the media and networking ports such as the 3.5mm audio jack (microphone and headphone, a Gigabit Ethernet RJ45 port, a mini Display Port connector, HDMI 1.4 output, and the power jack. Underneath the product has the sticky pads which I believe covers the screws.

The MINIX NEO Z83-4 MINI PC runs Windows 10 Home 64-bit which is already activated. Upon checking My Computer, the C: drive (eMMC flash partition) has a capacity of 28.6GB with 13.1 GB free, and the system also immediately detected partition on my USB hard drive formatted with NTFS and exFAT file systems.

The BIOS / UEFI supports Wake on LAN, auto power recovery for power loss, and scheduled power on/off. It also supports Nokia/Apple/Samsung standard headphones for audio input and output; I was able to enable and disable the feature in the BIOS. 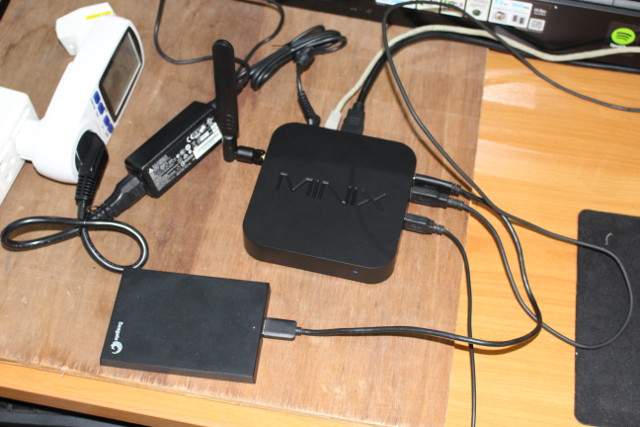 Setup was quite easy and fast with a USB mouse and Keyboard, connected my TV to a monitor using the HDMI port and provided internet via the Ethernet port. I feel like I have it all with my simple but powerful setup. A switch on the power button led to boot that took around 30 seconds. I was prompted to set up my language, networking, and the necessary user logins.

As a heavy internet user, connecting to the web was easy as I have two options to select from. I initially connected using the Gigabit Ethernet and later to my home Wi-Fi via the 802.11ac WiFi; both routes gave me zero problems. Rating the performance of the Ethernet is OK but not outstanding.

Multi-tasking on my new mini PC was faster than I envisaged, I was able to use Firefox, LibreOffice Thunderbird, and Adobe Photoshop with ease. I was also able to watch 1 hour of 1080p Youtube video without lagging, playing my favourite game Candy Crush Saga online and the Asphalt 8 offline was also enjoyable and did not look different. Since I got this PC, it has delivered a stable and constant performance.

Featuring an Intel Atom x5-Z8300 Cherry Tail processor @ 1.44 GHz with 4GB RAM, the RAM response was acceptable but on the other hand, the eMMC flash performance was woefully average. Nevertheless, since most 32GB storage devices are often a bit slower than their larger counterparts (64 / 128 GB), it is still acceptable. Transferring files via the USB 3.0 was also faster, but the other ports recorded a bit of slowness. The PC uses little energy than many PCs, at least 80% optimised.

Without any element of exaggeration and flattery, the MINIX NEO Z83-4 mini-PC delivers a stable performance that outshines many of the larger PCs. The extra options are the BIOS which is usually absent in smaller PCs was also a plus. In my first series of usage, the Wi-Fi connection poses a slight problem, but it has never occurred ever since.

The 3D graphics delivery it gave me more than I thought it could deliver while the storage performance performed averagely. The MINIX NEO Z83-4 is aggressively priced and costly at $169.90. If you desire a fast start-up, multitasking, seamless web browsing, and usage for productivity software, the MINIX NEO Z83-4 mini PC is a good buy.

Note: The device is currently on Presale on Gearbest at a discount, and the presale will end on the 5th of October. Get it using the button below.