With the release of the Mi 5S and Mi 5S Plus it would ordinarily be assumed that Xiaomi has finished releasing its flagships for the year. That seem not to be the case because the Chinese innovative start up is getting the airwaves buzzing again, this time around it’s all about the Mi Note 2. 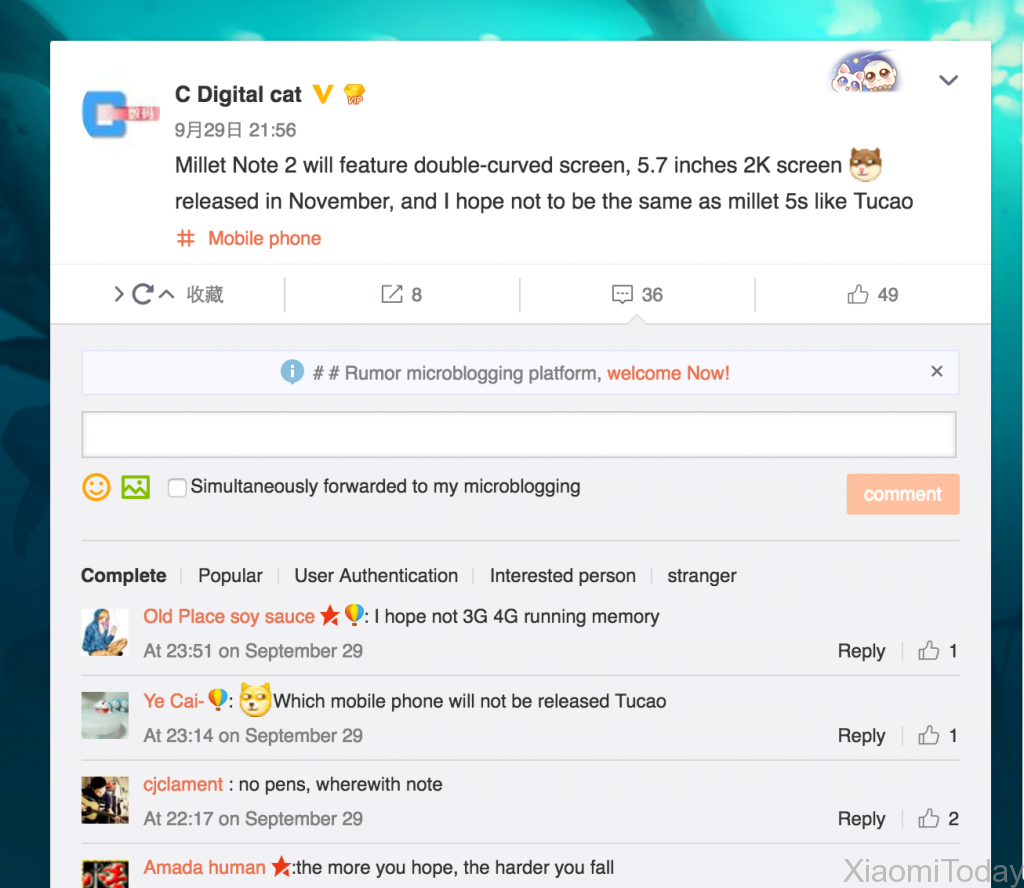 A fresh rumor emanating from China’s Weibo has indicated that the Mi Note 2 would be released in November which is just two months away. The Weibo user who broke the news also revealed that the device would come with double curved glass on both the front and back, and would have 2K resolution on top of a 5.7-inch display.

The Xiaomi Mi Note 2 have been severally enmeshed in rumors in the past, at a point there talks on the device not been in existence until fresh renders of the device leaked to confirm its existence.The device is expected to come in two models; a Pro” version said to come with a Snapdragon 821 chipset and 8GB of RAM although 6GB seems to be a more likely, and another version with a Snapdragon 820 and 4GB of RAM. The unit with the SD 821 chip will get the word ”Pro” added to its name. Both versions are expected to feature 5.7” 2K AMOLED Force Touch curved displays. The Mi Note 2 Pro is also rumoured to have a battery capacity of 3600mAh with quick charge on board.