Xiaomi Mi 5S and Mi 5S Plus that were officially announced yesterday and will go on sale from September 29 on Jingdong (JD.com), Xiaomi’s official website and Mi home. It has now emerged that already reservations for the device has exceeded 3 million persons on Xiaomi’s official website and counting. This was officially announced by a Xiaomi official, with the company official also indicating that the figures are still rising. Recall that the reservation for the device was opened before their official launch and had already hit 1.82 million in just 24 hours. 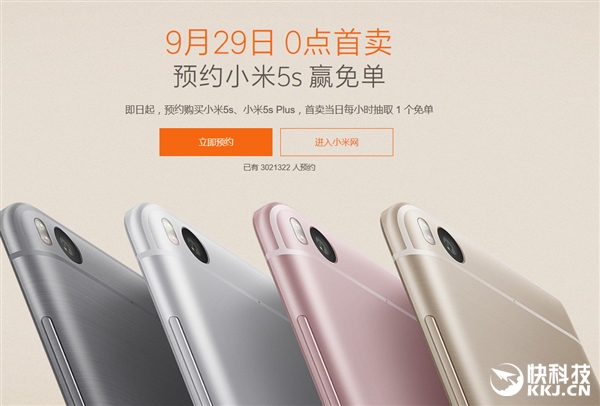 The reservations may not necessarily translate into actual sales, after all the devices which would go on flash sales may get exhausted in no time and availability may force some with interest to give up. One factor which may have played a big role in the spiking number of interests in both flagships could be the marvelous wonders Xiaomi have created in their design and technology. Another factor and rightly so, is the ultra cheap price tags which they carry.

Buy xiaomi 5s and mi5 plus from Gearbest.comBest Deals via XiaomiToday
Leave a Reply