Last week, we saw a leak which revealed that Xiaomi’s Mi TV is going to get a new “S” which would be launched together with the Mi 5S and Mi 5S Plus tomorrow. It was literally thought that it was going to be a new model, perhaps bigger in size from the models of the Mi TV 3S available on the market presently. Turns out that may not be the case as another leak has emerged that Xiaomi is also dropping a product called Mi Brain. 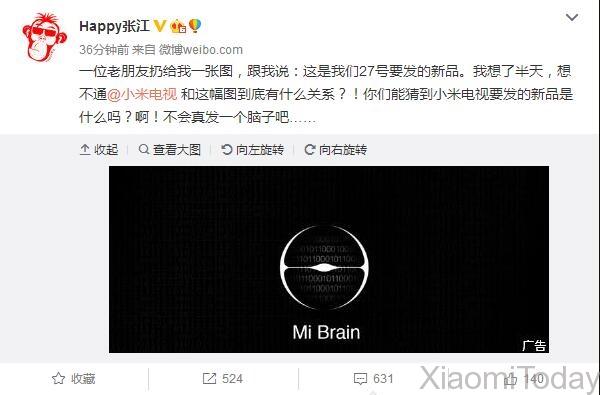 Although the Mi Brain, as it is called, is still shrouded in unclear terms, we are however sure that the new product has a lot to do with the Mi TV 3S. From the leak, we could gather that the new product is likely a new movable gadget that functions as the processing unit (CPU) which would power the smart TV. 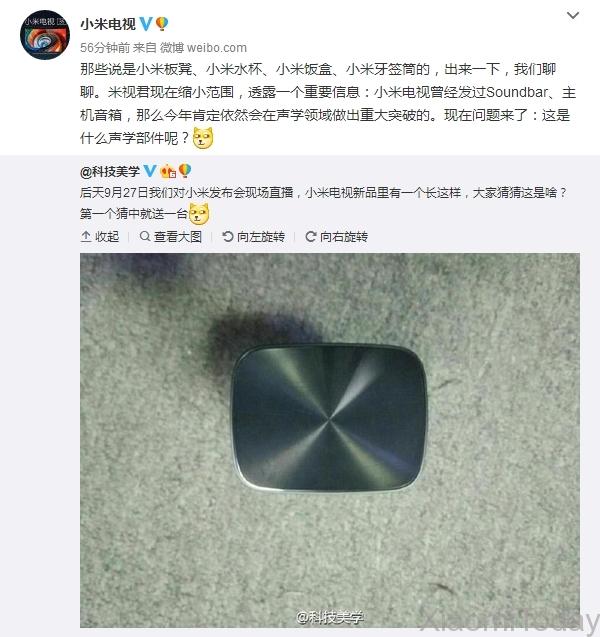 We cannot be certain about that the exact functionalities of the Mi Brain but you would recall that Xiaomi Mi TV 3 smart TV popped last year with a split design which separated the display from the mother board. This feature has made it such that the Mi TV 3 was tagged the TV that will never become outdated because the main board and separate display can be upgraded independently. The Mi TV 3 has since gotten an higher Mi TV 3S version launched earlier on this year. So this could likely be a new and latest upgrade of the Mi TV 3S main board or power unit. It is not certain if the device will launch as Mi Brain, the brain could just be to tell us that device would be the power house of the TV 3S.

Certainly, we would get to know more when the new product is unveiled tomorrow. Keep a date with XiaomiToday for more on this when it is launched.