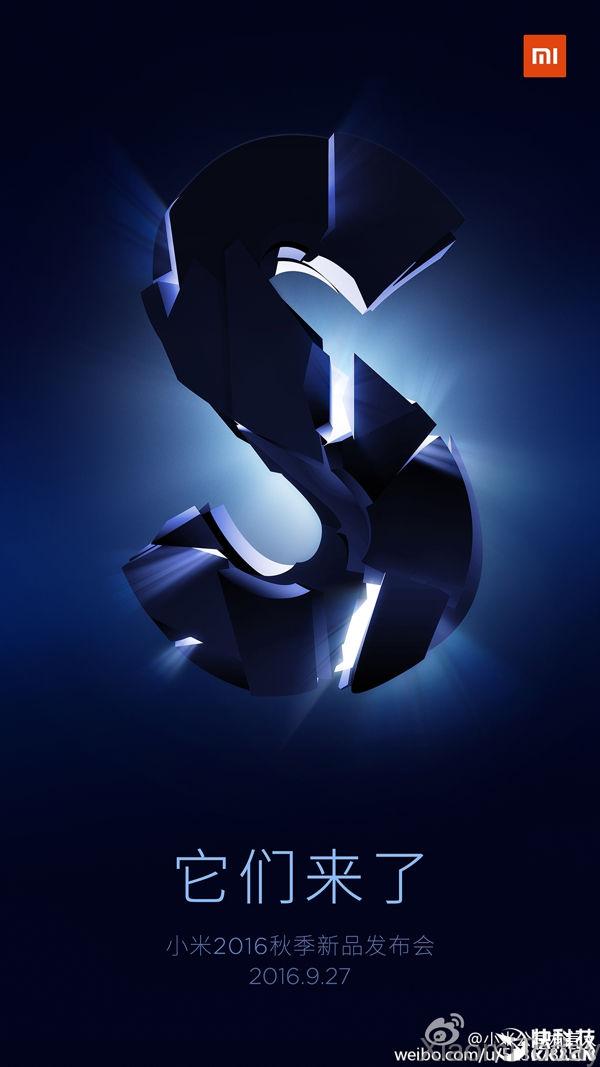 The Xiaomi Mi TV 3S looks set to be announced this coming September 27, so bring the popcorn and get your party hats out! Do bear in mind that this is just a rumor based on the invitation ‘poster’ that showcases a mighty ‘S’ in all its glory. What else does that indicate other than the very real possibility of the Xiaomi Mi TV 3S making its debut?

With Xiaomi entering various segments of the consumer electronics industry in the home, it is no surprise as well to hear that the Xiaomi event that is happening this September 27 will also see the announcement of a new TV in the form of the Xiaomi Mi TV 3S. We could be looking at a very, very thin TV. Perhaps one that is even thinner than most other smartphones that are already in the market, if past performance is anything to go by.

That would be interesting, and it does seem as though Xiaomi is following the footsteps of another Chinese company, LeEco, who has not only churned out smartphones of considerable quality in addition to other home appliances such as TVs, a sound bar, headphones, and even a smartphone compatible bicycle.

Not only that, there are whispers that Xiaomi will reveal the Xiaomi Mi 5S as well in the same event. Will the legal eagles over at Apple see their well-preened feathers ruffled? After all, rumors on the grapevine also point to the Xiaomi Mi 5S being accompanied by another smartphone announcement, which would be none other than the Xiaomi Mi 5S Plus.

Hardware specifications of the upcoming Xiaomi Mi 5S have been touted to include a 5.15-inch Full Hd display, a Snapdragon 821 processor from Qualcomm, and an ultrasonic fingerprint support. Needless to say, the Xiaomi Mi 5S Plus will bear similar features and specifications, save for being a larger size with a 5.7-inch display.

The naming conventions would be eerily similar to what Apple has done with its existing range of iPhones, although the iPhone 7 and iPhone 7 Plus have not taken to adding an ‘S’ suffix at the end of their respective model names. Only time will tell whether Xiaomi would want to do more than just changing its design direction in order to shed the tag of being an ‘Apple clone’ or ‘Apple copycat’.

We also covered on the fact that the Xiaomi Mi 5S will arrive with built-in NFC capability, which will no doubt support the Mi Pay feature.