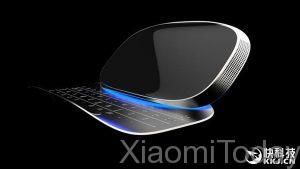 Turing (or Turing Robotics Industries) knows that if there is one way you can impress the masses, it would be through the release of devices that have far out specifications. The more impossible it is, the better, as it provides a ‘push’ that everyone else can aim for. After all, isn’t this the same kind of innovative spirit that has led to our modern day smartphones packing in so much more punch than the average desktop PC found in the 1990s? The latest Turing concept phone is a beast where hardware is concerned, delivering the likes of four Snapdragon 830 processors, a whopping 18GB RAM, and 1.2TB of internal memory.

Turing Concept Phone With A Punch Is Totally Extravagant

18GB of RAM? That is surely a whole lot more than what the average computer packs these days. In fact, 8GB of RAM would be the average for a decent gaming machine back home, and office computers require less than that to function satisfactorily as it crunches numbers and composes documents.

As for the average smartphone, we are looking at just 2GB of RAM, while 3GB and 4GB RAM smartphones tend to reside on the high end side of the spectrum. 18GB of RAM would mean you will have more than enough space to load all of today’s apps and have them load in the blink of an eye.

As for its processor, it seems that having a quad-core Snapdragon processor is not good enough, as Turing sees it fit to include into their Turing concept phone four Snapdragon 830 processors. Your eyes will also be pleased with the 6.4″ 4K Ultra HD display, although we think that by then, a 4K Ultra HD display would not do the rest of the specifications justice.

In addition, there should be 1.2TB of internal storage for the Turing concept phone, which means that there is absolutely no need to settle for a microSD memory card slot for expansion purposes, since you have a smartphone that will be able to carry more data than the average 512GB SSD found on many modern day notebooks.

Dual SIM card slots are the norm these days, and to have a triple SIM slot is a rarity. Turing would like to break new ground with four SIM card slots, catering to the nanoSIM in their Turing concept phone. Good luck trying to organize your life with four phone numbers on a single device!

As for its camera, there is a rear 60MP shooter that should capture some really, really sharp images, although we think that it is unrealistic to store photos of such resolution. It would fill up the 1.2TB of internal space really, really quick, and we would have preferred to see a dual camera setup with a far more realistic resolution instead.

Last but not least, since the Turing concept phone carries Alan Turing’s name, it is but expected to see an integrated voice assistant known as ALAN included. ALAN will come with an automatic learning ability. We would not expect it to be an less by whatever version of Siri or Cortana that runs by then.

It would certainly be interesting to see how the battery is going to hold up with all the high end specifications listed so far. Will we see a battery life of just a few hours before it needs a trip to the nearest power outlet, or would technology have advanced so far by the time the Turing concept phone becomes reality, that its battery is able to last for the entire day, and then some? One can only speculate that graphene super capacitor hydrogen batteries would be the norm by then in order to make it possible.

Only time will be able to tell, but until then, we should just be happy with the likes of existing, real world handsets like the Meizu Redmi Note 4.