We know, that the smartwatches market is full of different products, either developed by Chinese brands or presented by some top companies. NeeCoo V2 can be proudly placed somewhere in the middle – it’s either a Chinese product or provides the set of top features, which make it a convenient solution for various needs. Meet your personal assistant, available at GearBest preorder for an affordable price. Here is its review.

A ‘heart rate monitor’ and more 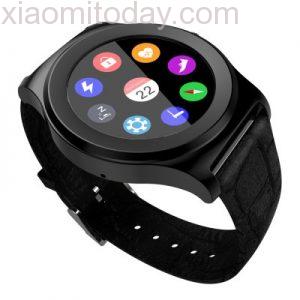 Even the full name of the product we are reviewing includes this phrase: NeeCoo V2 Bluetooth 4.0 Heart Rate Monitor Smart Watch. It means, that the seller makes an accent on the feature of monitoring the heart rate of a person, who uses the watch. It would be definitely liked by the runners and other guys, who are fond of activities.

Besides, there are a couple of other features, useful for your fitness – pedometer and a sleep monitor are among them. The device is also equipped with the sedentary reminder, so it knows when you should get some walk, sitting for hours in the office.

It’s hard to say, where all of these sensors are accurate enough, in order to track our health, but their presence definitely makes this product much more attractive for purchase, especially due to its preorder price of $64.17. 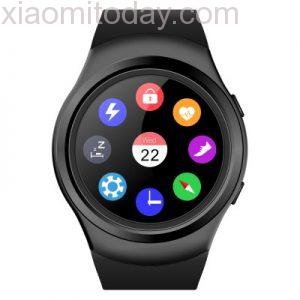 Except being just a tracker for your physical activity, NeeCoo V2 is also positioned as a great social networking tool. Being synchronized with your smartphone, it is able to receive any notifications from Facebook, WhatsApp, Twitter and some of the other networks as well. It’s important for the user to have an opportunity to change the notifications filters so that you won’t get annoyed because of this feature. By the way, the smartwatch supports both types of alerting – vibration and a sound signal.

The Body of NeeCoo V2

For those, who care either about the functions or about the appearance of this device, the developers of NeeCoo V2 prepared a small surprise. This watch has a classical, round-shaped body, made of some metal alloy. It’s connected with the silicone band, produced according to the classical shape. All that gives to the NeeCoo shape some of the well-known features, which could seem familiar.

The gadget has the screen resolution, equal to 240×240 pixels. The screen is controlled by the buttons, that’s why it’s pretty convenient for usage on a daily basis.

NeeCoo V2, according to its full name, supports the work of Bluetooth 4.0. It’s the only way it can be connected to another device, though it’s compatible either with Android OS or with iOS. This is not the only benefit of the gadget – it has also got a camera, though it’s not seen on the pictures of a watch. 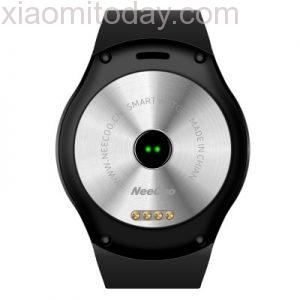 The gadget is based on the MediaTek-2502 chipset, working with the RAM, equal to 64 Mb. It’s enough for the processes, supported by the smartwatch. The capacity of its internal memory is equal to 128 Mb for downloading some apps and media.

Obviously, the main purpose of the developers of NeeCoo V2 was to create a perfect smart watch that allows keeping your body healthy. From the other side, it’s a multifunctional solution, which is aimed at mobility and autonomy in social networks and general media interaction as well. 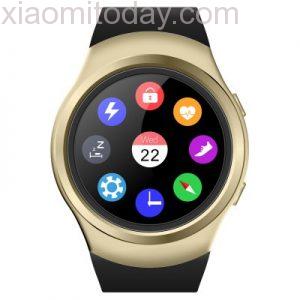 We’ll repeat once more, that it’s still available for $64.17 (an extremely low price) until the 1st of August. After this, the price for this gadget can be increased so that you’ll pay more. You can buy NeeCoo V2, using this link.