It’s no surprise that Xiaomi launched their Mibook to much fanfare. This notebook has been leaked over and over again with incorrect specifications, incorrect prices and the like, pumping up hype for this notebook consistently until its official announcement yesterday. With Xiaomi’s sales numbers falling short of analyst’s predictions, Xiaomi has been struggling to justify it’s enormous $76 billion valuations. As such, they have decided to move into the notebook market to expand their market reach; a bold move considering analysts are predicting a market contraction of 10.4% this year alone in China, much steeper than the global contraction. 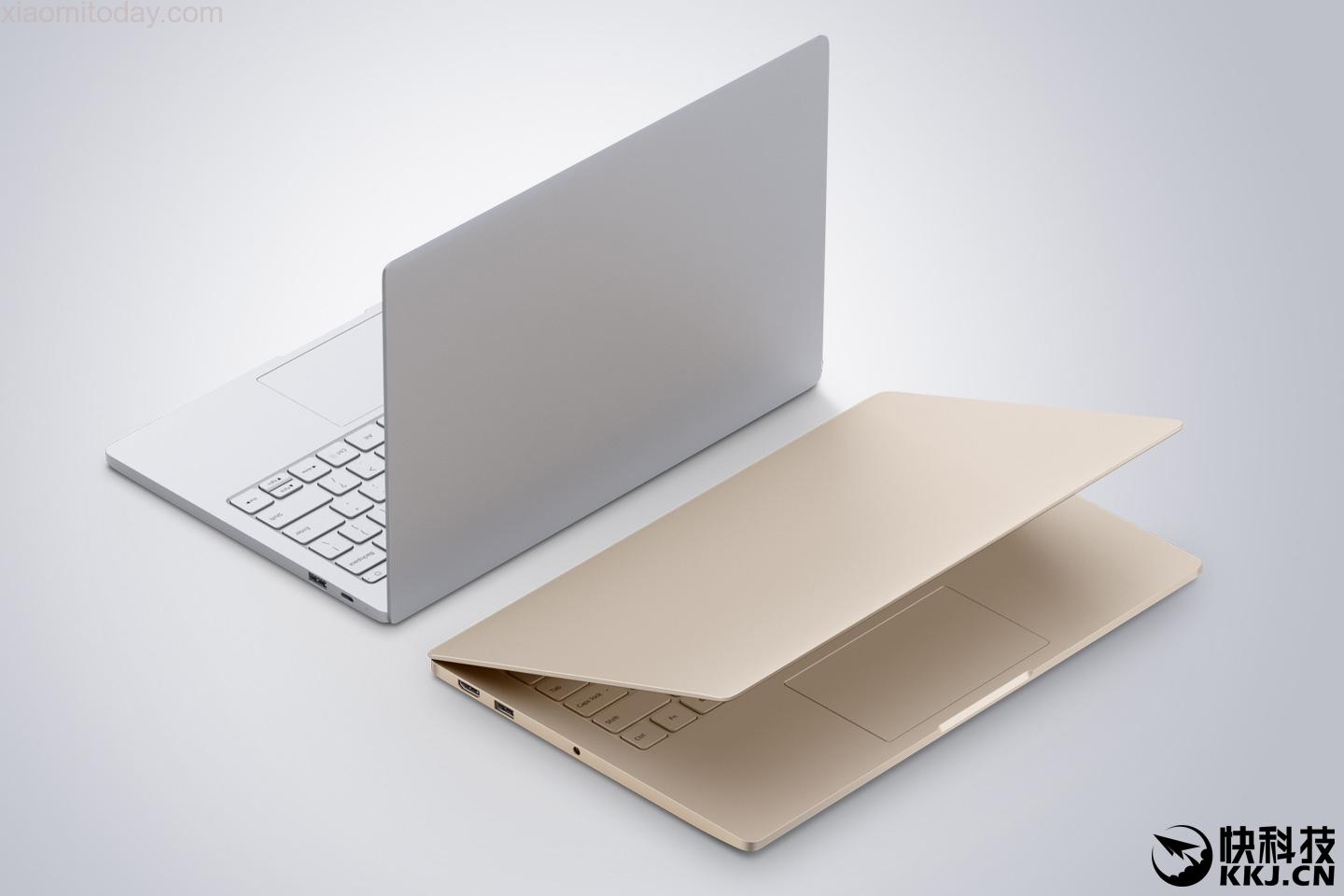 At the official release event, Xiaomi released two Mibook, a 12.5” version with low-end ultrabook like specs, and a 13.3” version with gaming level specifications. They are priced at $525USD and $750USD respectively. While many people think that these prices are too high for Xiaomi products, their opinions are not unfounded as Xiaomi has created a name for itself in the electronics business (mainly cell phones) by providing very strong specs at a low cost.

Detailed Difference Between Both Variants

Attention: The internal data of table “153” is corrupted!

However, if you compare these products spec for spec to their closest competitors, those prices are quite competitive. Like most of Xiaomi’s other products, these two Mibook are designed and manufactured by Tianmi (literally translated as sweet rice), a subsidiary owned by Xiaomi. Both these Mibook are marketed as low-cost alternatives to existing notebooks already on the market such as the 12” MacBook and the Dell XPS 13. Without a review unit, we have no way of knowing how well these notebooks are made or whether the software is well implemented, but it does have the Xiaomi branding behind it, meaning there is a certain level of quality that Xiaomi expects from the products its subsidiaries create.

We received some pictures of the packaging for the Mibook. The boxes are traditional Xiaomi white with a very Spartan and industrial design to it. Packaging is sparse, with the laptop directly on a paper stand and the charger beneath it. As long as that helps bring the price down, I’m all for it. 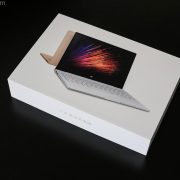 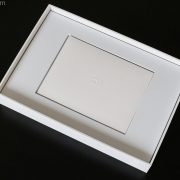 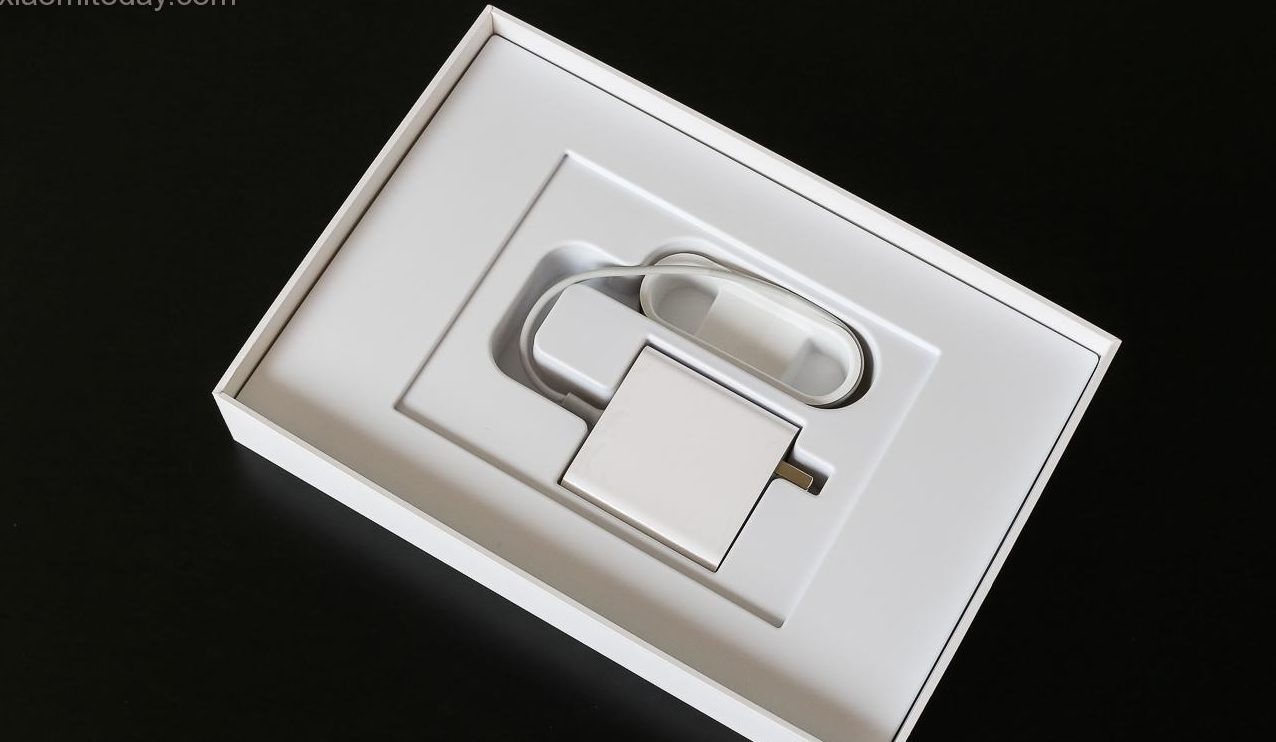 The 13.3” Mibook flagship contains the Core i7-6500U, low power dual core processor with hyperthreading. It also comes with 8GB of 2133MHz RAM and an NVME 256GB SSD. Not only that, it is thinner than the MacBook Air! Well, not really if you think about it. 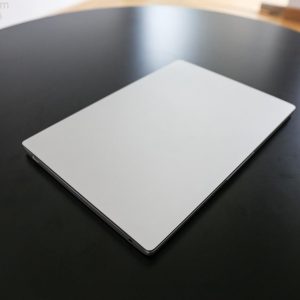 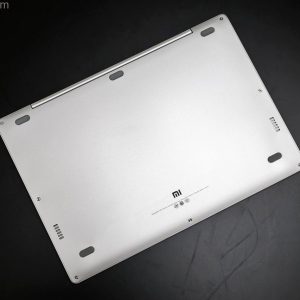 The Xiaomi Notebook does not use a wedge shape but rather a uniform shape, so the thickness is uniform throughout. In my opinion, that kind of doesn’t count when you call it thinner. 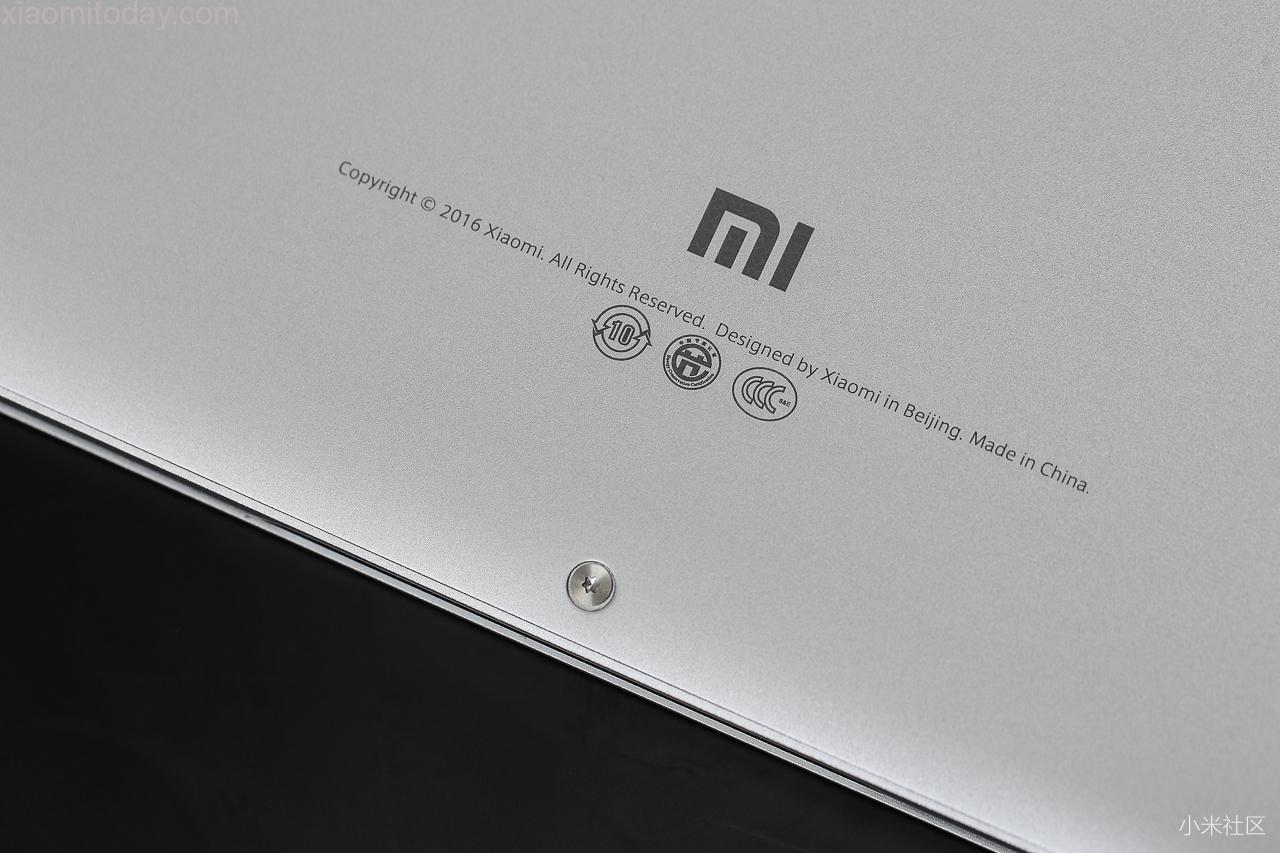 The 40Wh battery is rated for 9.5 hours of use, according to Xiaomi. That does seem a little farfetched, considering the XPS 13 with its 56Wh battery lasts for around 11 hours, and it’s running a lower power Core i5-6500U and no discrete graphics card. My personal prediction is somewhere close to 7 hours of continuous use. With that being said, as long as you plug it in you should be good for some gaming on the go and potentially even some light video and photo editing. 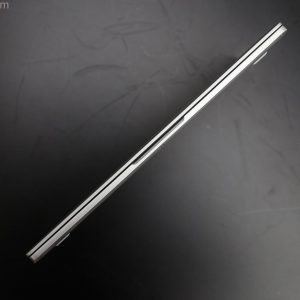 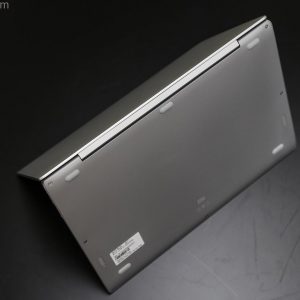 It also comes with 2 USB 3.0 ports, 1 USB C port, and a headphone jack. I must say that Xiaomi’s placement of the headphone jack is genius and straightforward at the same time. So many notebooks, including Apple’s MacBooks, place the headphone jack near the screen, resulting in sometimes shorter than ideal play in headphone cords. 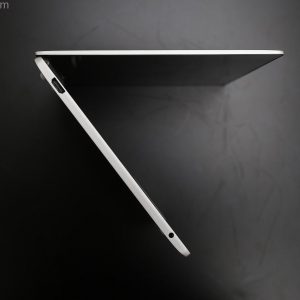 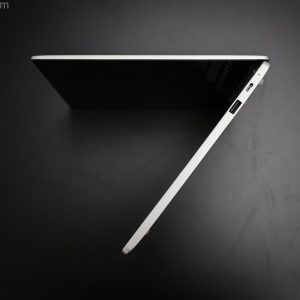 It also comes with 2 USB 3.0 ports, 1 USB C port, and a headphone jack. I must say that Xiaomi’s placement of the headphone jack is genius and straightforward at the same time. So many notebooks, including Apple’s MacBooks, place the headphone jack near the screen, resulting in sometimes shorter than ideal play in headphone cords.

The second Mibook, dubbed the Xiaomi Mibook Air, is a lower powered 12.5” notebook with a lower price tag. It contains the low power Core M3-6y30, 4GB of DDR4 1866Mhz RAM, and 128GB of storage. In my experience, anything with the Core M3 is usually bottlenecked by the processor since it cannot sustain high clock speeds for long. That will be the primary limiting factor in this machine (assuming they used an SSD instead of an eMMC). There are currently two well-known competitors with almost exactly this set of specifications, first is the 12” MacBook. 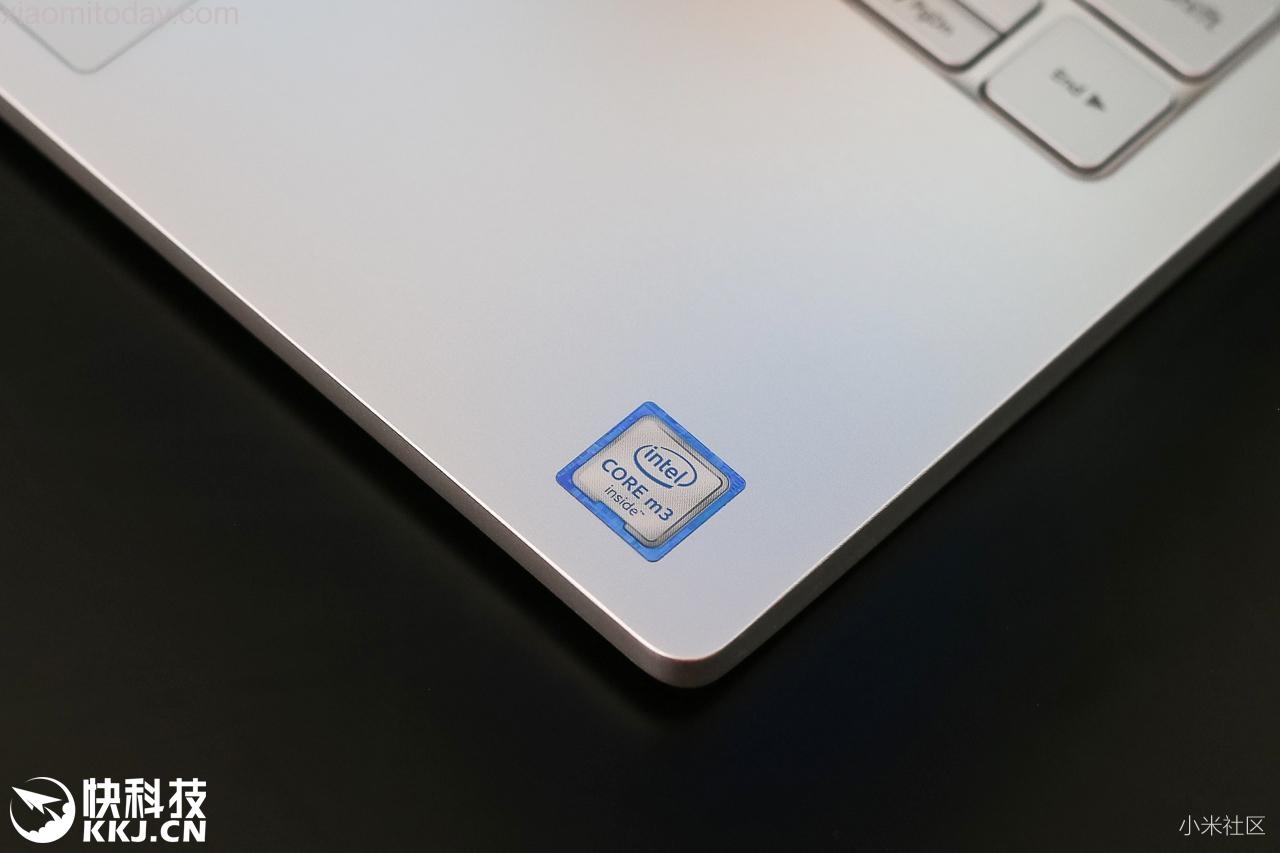 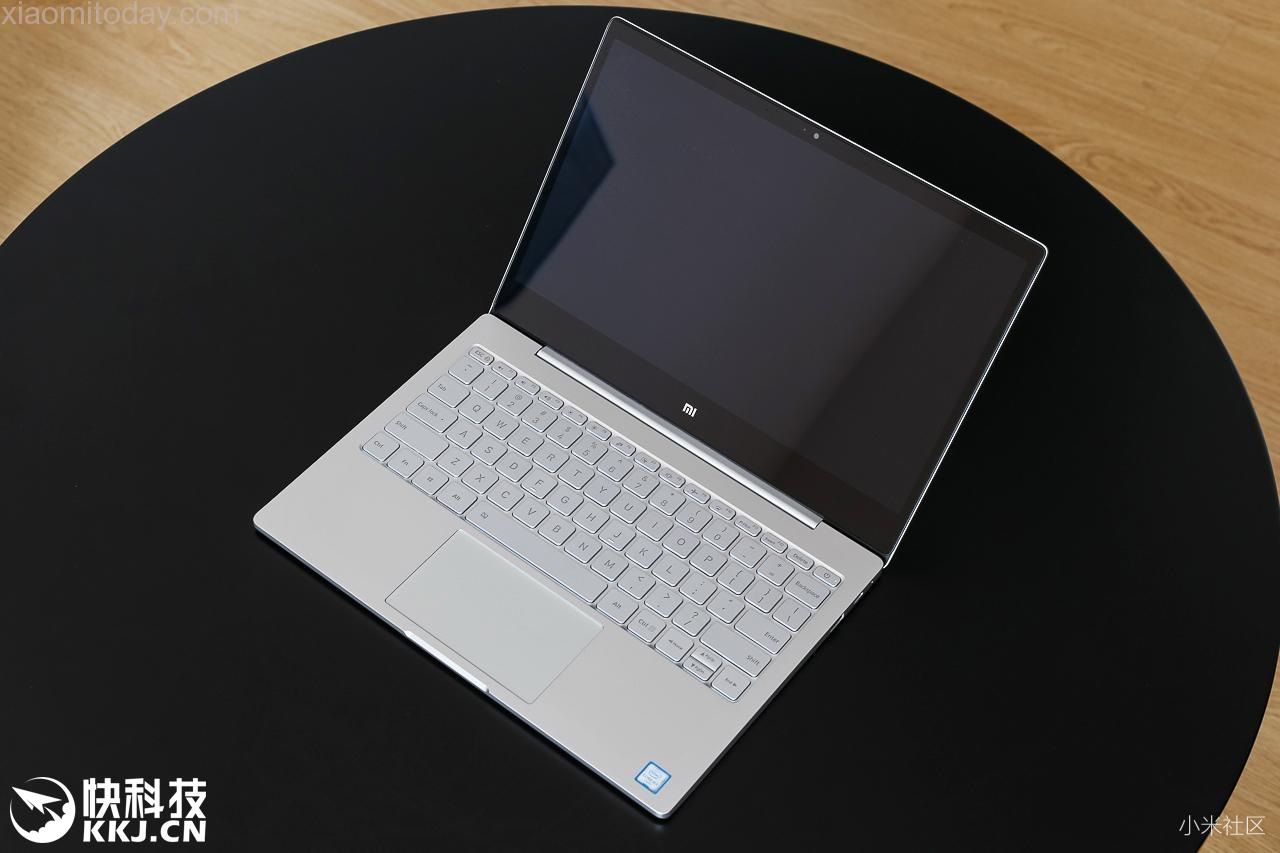 At this point, no one knows as the Xiaomi notebook is not in the wild yet, but if Xiaomi nailed the design and execution of the laptop, it could be a worthy competitor. The second competitor is a Windows notebook from ASUS, the ASUS UX305. With an extra 4GB of RAM, the UX305 has been hailed by many as one of the best cheap ultrabooks out there. This notebook starts at $750 and has gone as low as $600 on sale. Again, if Xiaomi has made a bang up job on the Core M3 version of this laptop, they could sell like hotcakes. 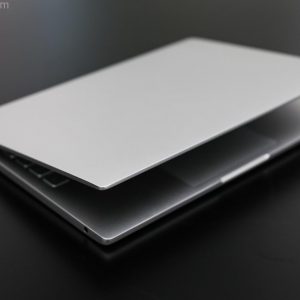 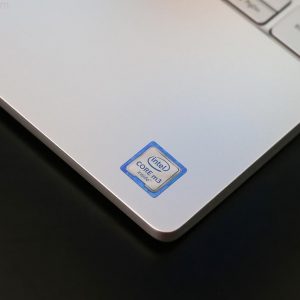 Similarities Between Both Devices

Both Mibook resembles the MacBook Air, down to the shape of the divot by which you place your finger to pull the screen away from the body. However, there are some significant contrasts. Judging by the pictures alone, both laptops’ hard edges paint a much more austere yet elegant image, closer in style to the Surface Book’s finish and color. 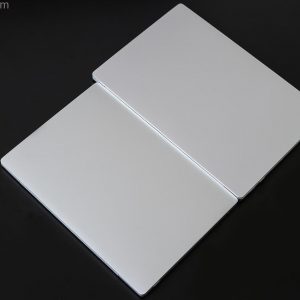 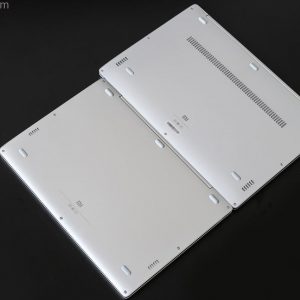 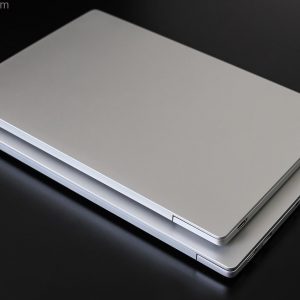 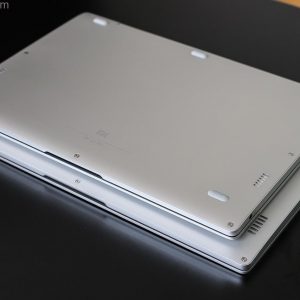 There is no logo on either laptop, and rubber feet can be found supporting the laptops along with an air vent running almost all the way across both laptops. 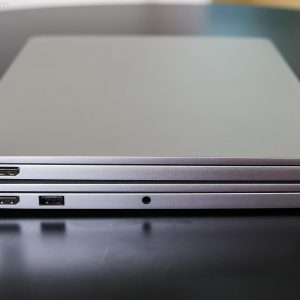 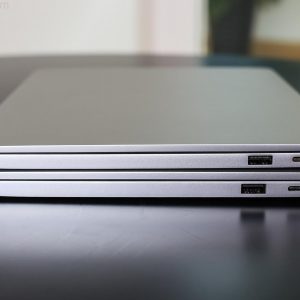 Both Mibook have rather small bezels, not as small as Dell’s Infinity display (5mm bezels), but closer in size to the MacBook 12’s bezels. Those narrow bezels are the primary cause for the laptop’s small footprint. 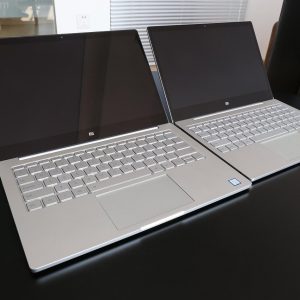 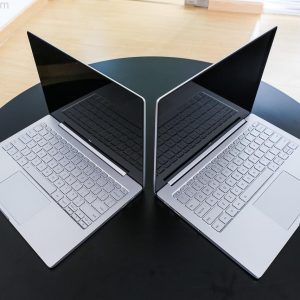 Both keyboards are also backlit, which is a nice feature to have. One obvious downside is that the trackpad on both devices is smaller than on the MacBook.

All we know here are the specifications and some pictures. The Xiaomi Mibook has been widely reported on by many major news outlets, and rightly so, these prices have rarely been seen on specifications like these without special sales like Black Friday. We will continue to cover the Xiaomi Mibook as closely as possible, so stay tuned for future updates. 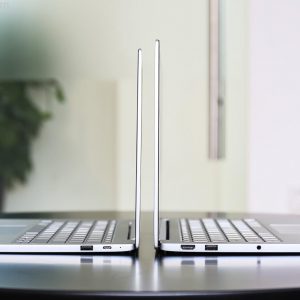 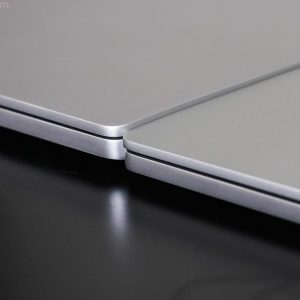 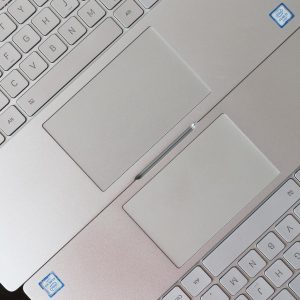 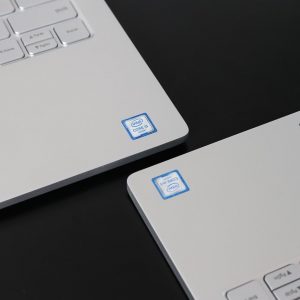