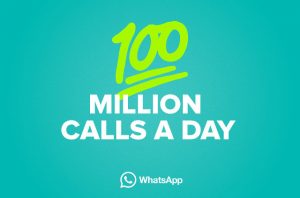 Instant messaging via mobile devices has more or less become the norm these days when it comes to keeping in touch, and I suppose the precursor to this would be the classic Short Messaging Service (SMS) system that was once the fortress of feature phones. On the computing side, we had the likes of mIRC, ICQ, MSN Messenger and Yahoo! Messenger – anyone remember those? Well, it looks like the growing world of smartphones and ever more affordable data plans have turned instant messaging into a force to be reckoned with, and there are so many different kinds of instant messaging programs and apps around, with WhatsApp being one of the major players globally.

Granted, WhatsApp still lags far behind the others over in the US, but it has collected its fair share of users across the globe, where Brazil, India and Africa happen to have huge swathes of users, and we know just how populous those regions are.

In the US, WhatsApp, being bought over by social networking giant Facebook a couple of years ago for a whopping $22 billion, has more or less been given a free rein when it comes to day-to-day administration as well as management. This is an interesting concept, since WhatsApp now boasts a whopping one billion users worldwide, and out of that lot, a 100 million calls are made each day. If one were to whip out their respective calculators, then the number of voice calls made in a single second would amount to 1,100 calls. Now that is certainly something to think about, don’t you think so?

WhatsApp intends to stand out from the rest of its instant messaging rivals (and believe me, there are many – over in the US, Facebook Messenger does play a very central role in the lives of many, while the others such as Kakao over in South Korea and Asia, WeChat in China, Viber, and even Skype do see action on numerous smartphones and tablets), and part of that would be to support voice calls. So far, voice calls on WhatsApp are pretty decent if both parties have a good connection, although if you were to rely on 3G connectivity, chances are you will experience echoes or an amount of lag from time to time, so it would be best to fall back on a stable broadband connection or speedy Wi-Fi.

Right now, WhatsApp can be installed on iOS and Android platforms, where you will be able to download them from here and here, respectively. WhatsApp co-founder Jan Koum has this to say about this unique app, “We’re nowhere near that. But we hope that over a certain period of time we will get that critical mass.” With its slew of users sending a massive 42 billion messages, 1.6 billion photos, and 250 million videos every single day, it can only continue to grow from here, and in order to break into the US market, organic growth is required. Koum continued, “As long as our user base continues to grow, at some point it will have critical mass, and at some point it will tip and at some point people will just have to use WhatsApp because their friends are using WhatsApp.”