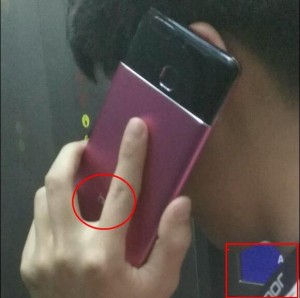 Today images have been doing the rounds on line, that appear to show a Huawei staff member in a lift using a new as yet unreleased handset.

Unlike many of the recent phones that have been released, this handset takes on a somewhat different form, the new phone has what appears to be a metal sliding clamshell.

Looking closer at the pictures you can see what appears to be a slim dual camera setup, like that found in the Honor 6Plus, along with a rear mounted finger print scanner. 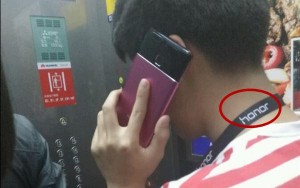 If this handset turns out to in fact be the Glory 8, then previous leaks would suggest that it will be a 5.2” handset running Android 6 Marshmallow, based on the Kirin 955 octal core processor, with between 4/6GB of ram and a dual 12mp camera setup.

If Huawei go the opposite route to Mediatek and support developers with sources for the Kirin 955 and other information they need to produce custom firmwares for the handset, they could really boost the phones appeal to more hardcore users and help to carve further in to the market.

It would be nice to see Huawei try something a little different, phone design has been somewhat stagnant of late (apart from the different styling of Samsungs Edge range).

Quite how and why you would want or need the sliding clamshell has yet to be seen, what advantages it would hold over a standard design are yet to be seen. 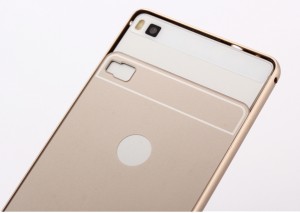 There is always the possibility that the sliding clamshell, could simply be a case and not a part of the phones actual design.

Please feel free to leave comments or questions below.