Xiaomi, a very well known brand based out of China, has been hyping their next flagship smartphone, the Xiaomi Mi 5 for a while. While the release date has not been officially been confirmed, Co-Founder Hong Feng has confirmed that the phone will be launched before the end of February. That has also been confirmed by Foxconn, which is also ramping up their production lines for the launch of the Flagship smartphone.

There have been numerous leaks & rumors of the Xiaomi Mi 5, it’s almost hard to keep track of sometimes. However, latest leaks from a GeekBench Benchmarking software database likely shows the finalized official specs of the Xiaomi Mi 5 as well as a performance report.

The Specs of the Mi 5 are not that surprising, is uses Quallcom’s latest SnapDragon 820 MSM8996 R1P1 Version, which is a quad-core processor clocked in at 1.6-GHz (Normal frequency is 2.2GHz, why under-clocked?), 3-GB of RAM (which came as a surprise as everyone was speculating 4-GB of RAM. Maybe another version could have 4-GB?), and Android 6.0 Marshmallow with Xiaomi’s MIUI on top.

Coming to the performance scores, the Xiaomi Mi 5 seems to score an impressive 2160 Single-Thread score, and 4753 Multi-Thread, which seems a little strange, because a previous leak showed 2200 SingleThread and 5100 Multi-Thread. Even more curious is the name change, from Xiaomi Mi 5 to, Xiaomi gemini.

All in all, this latest leak seems to show the lower-end version of the Xiaomi Mi 5, which has an under-clocked processor and slightly reduced performance when compared to the high-end model. After all Xiaomi did announce that there would be two different variants of the Xiaomi Mi 5. 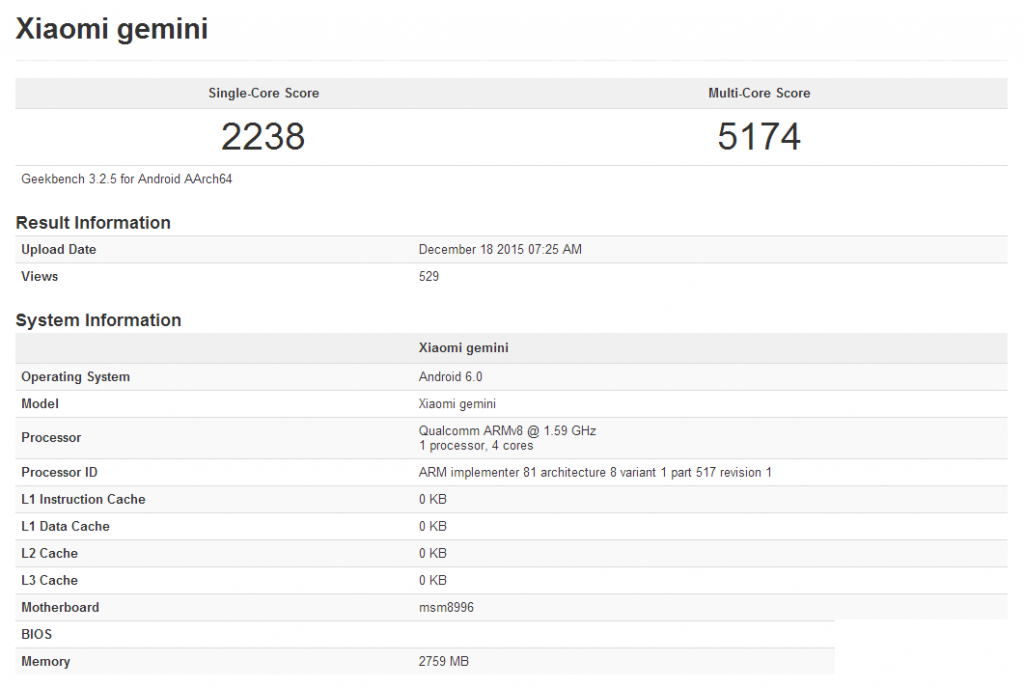 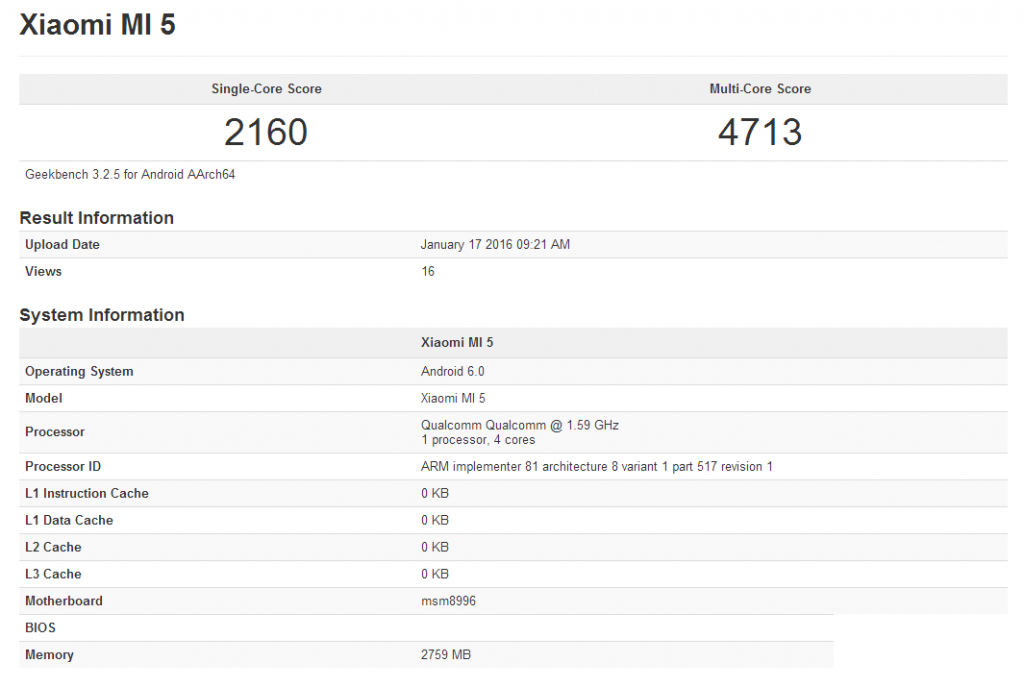 So, what do you guys think about the latest leak? Does this confirm the existence of a second, more affordable Mi 5 from Xiaomi? Let us know your thoughts and opinions in the comments section down below.