With its specifications targeted to the lower segment of the smartphone market, can Blackview BV2000s be a suitable Android alternative for users who do not want to spend too many funds on a mobile device. Well, let us see if this handset is worthy to belong to the sub-0 category. 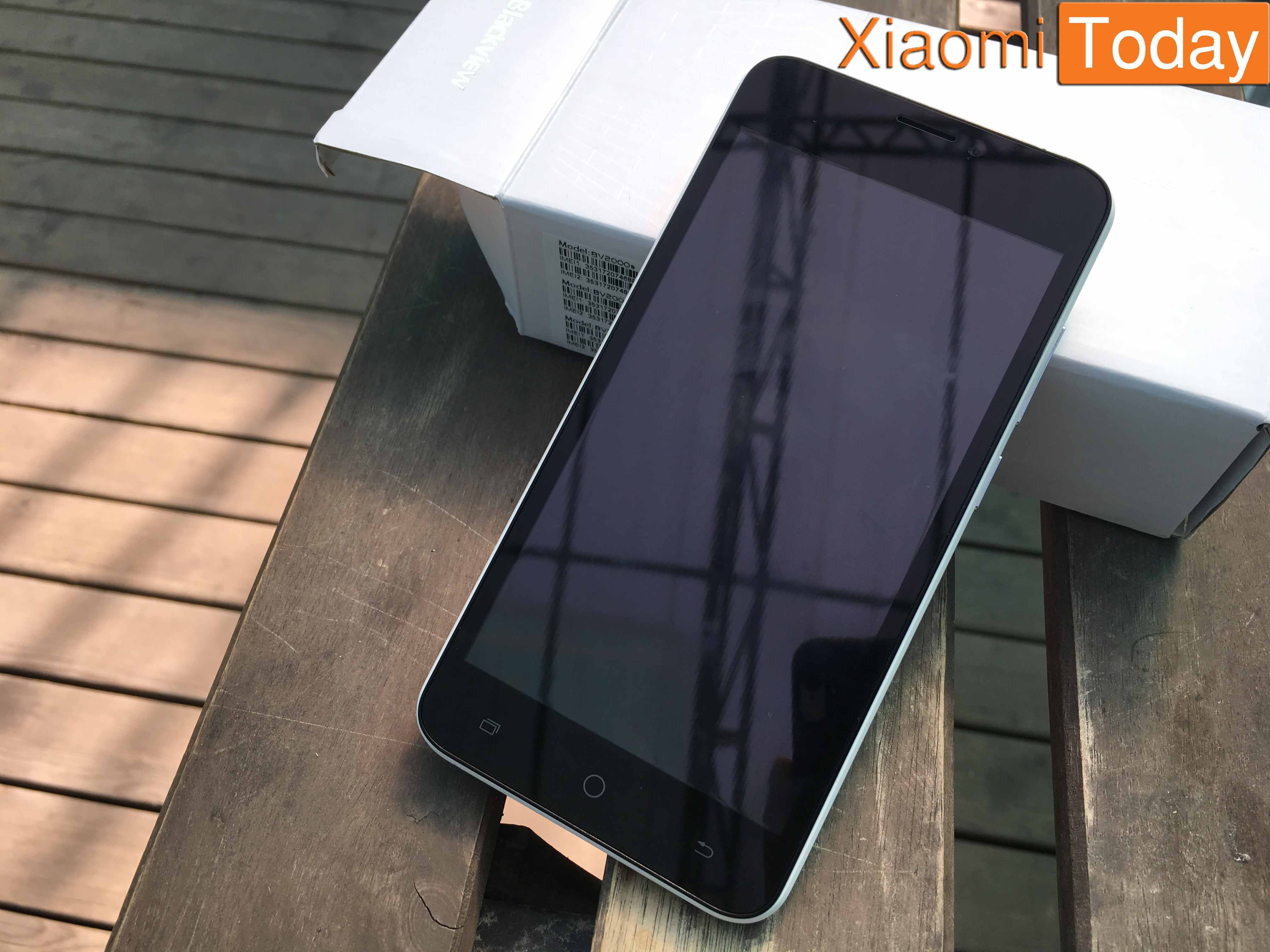 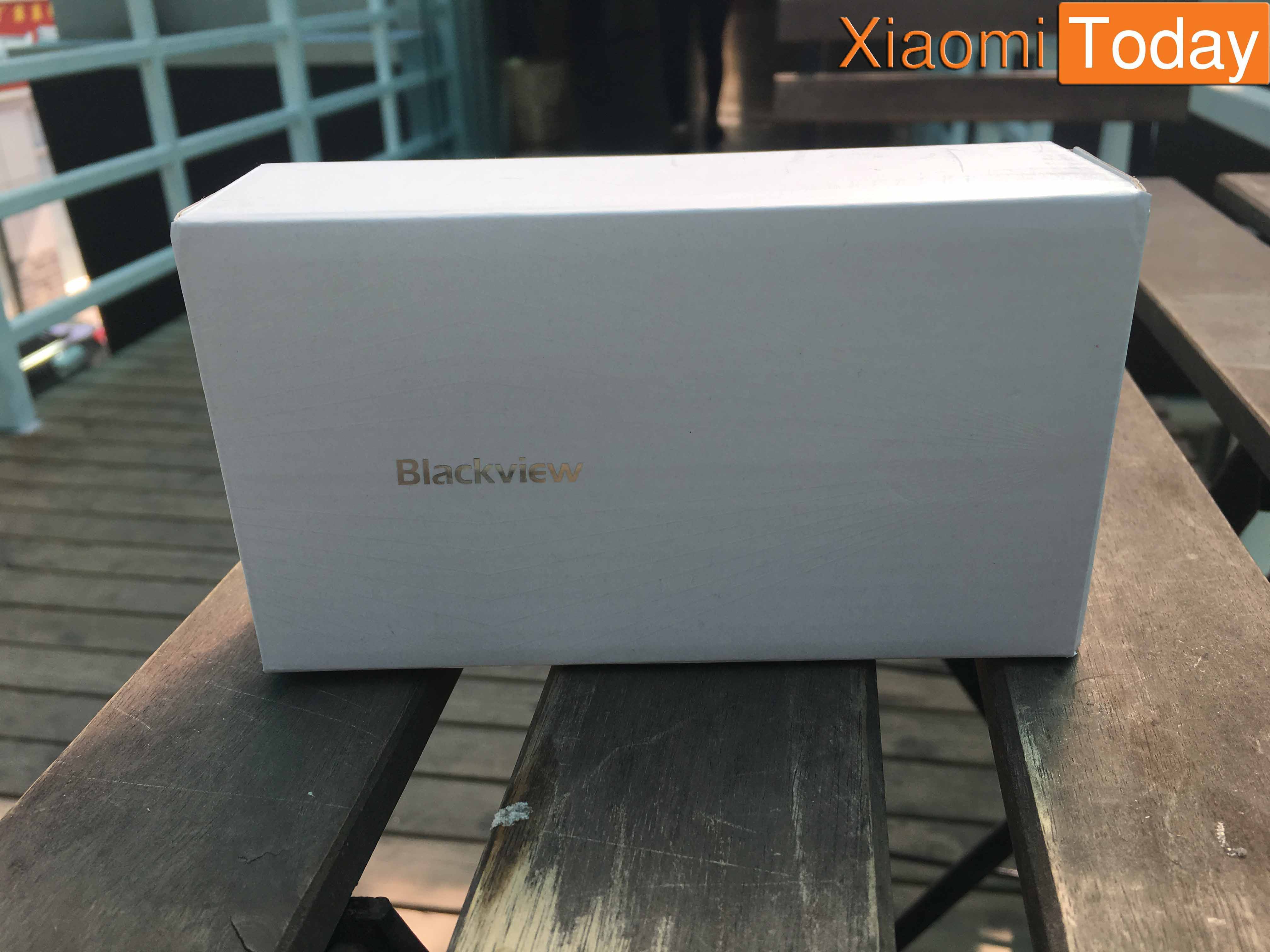 Blackview BV2000s sports a very clean design, but it is not a premium one that we have seen in high-end phones. That is justifiable, since its small price tag would eventually mean that a company would have to leave out the high-quality materials and incorporate a plastic body, which is exactly what it has done. There are a fair amount of bezels present on the screen, which is not necessarily a bad thing, but it increases the bulk of the smartphone for no apparent reason. Sure, smartphone users with larger hands might actually appreciate the bezels but it will become difficult for others to get used to this bulk. Since we have been using and testing out large screen handsets for quite some time now, it did not affect our experience at all. 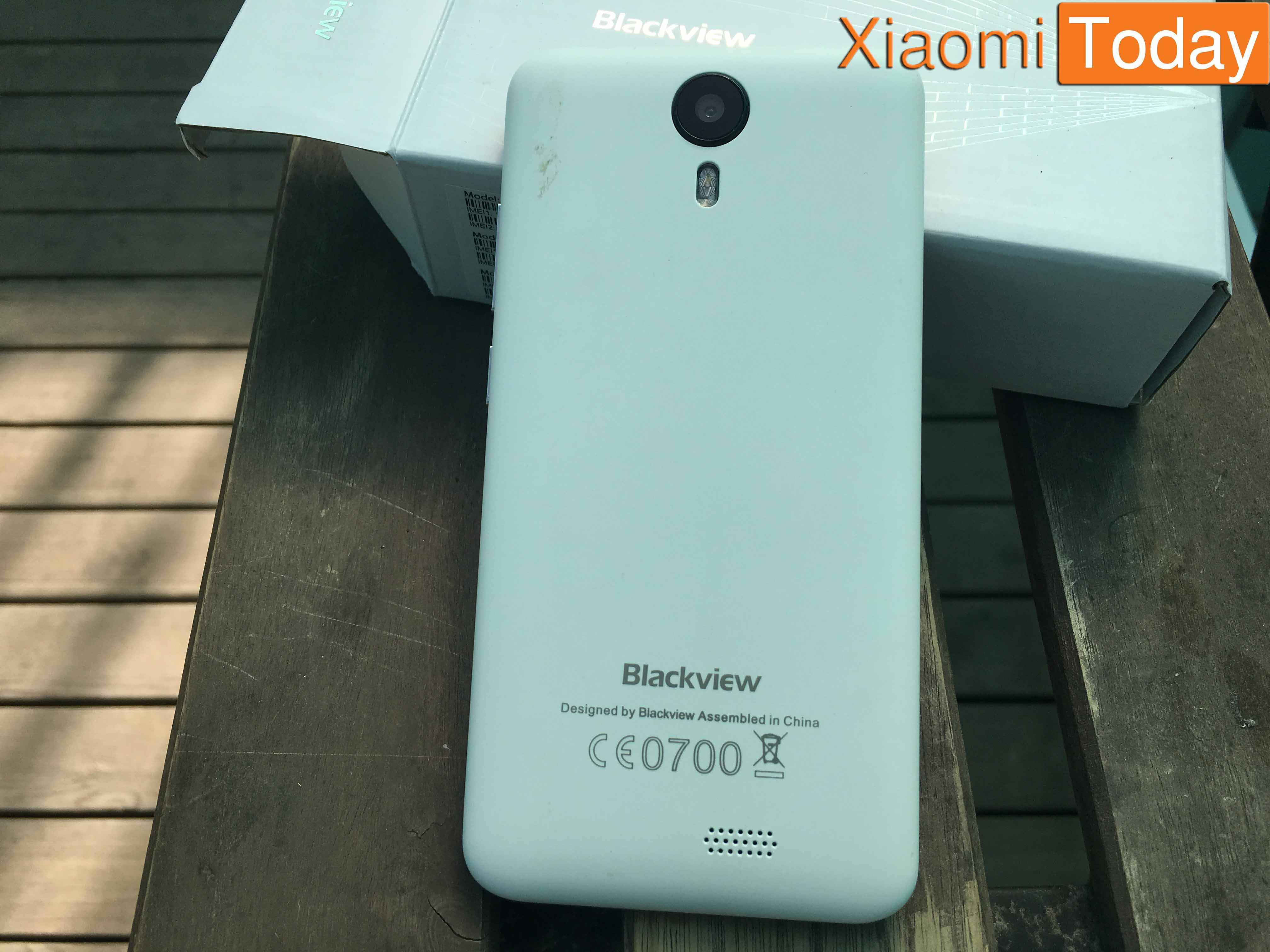 Overall, the smartphone looks very clean, and pleasing to the eyes, despite the fact that the company has not used premium build materials to assemble Blackview BV2000s. Surprisingly, the device did not feel flimsy when we gripped it and played around with so in short, it has actually been assembled quite well despite falling into that sub-$100 category. Unfortunately, if aesthetics were the only factor that was required to purchase a smartphone, then we believe that Blackview BV2000s would be sitting right on top of the table right now. However, there are several more things that need to be take into consideration, and we will be detailing them right here. 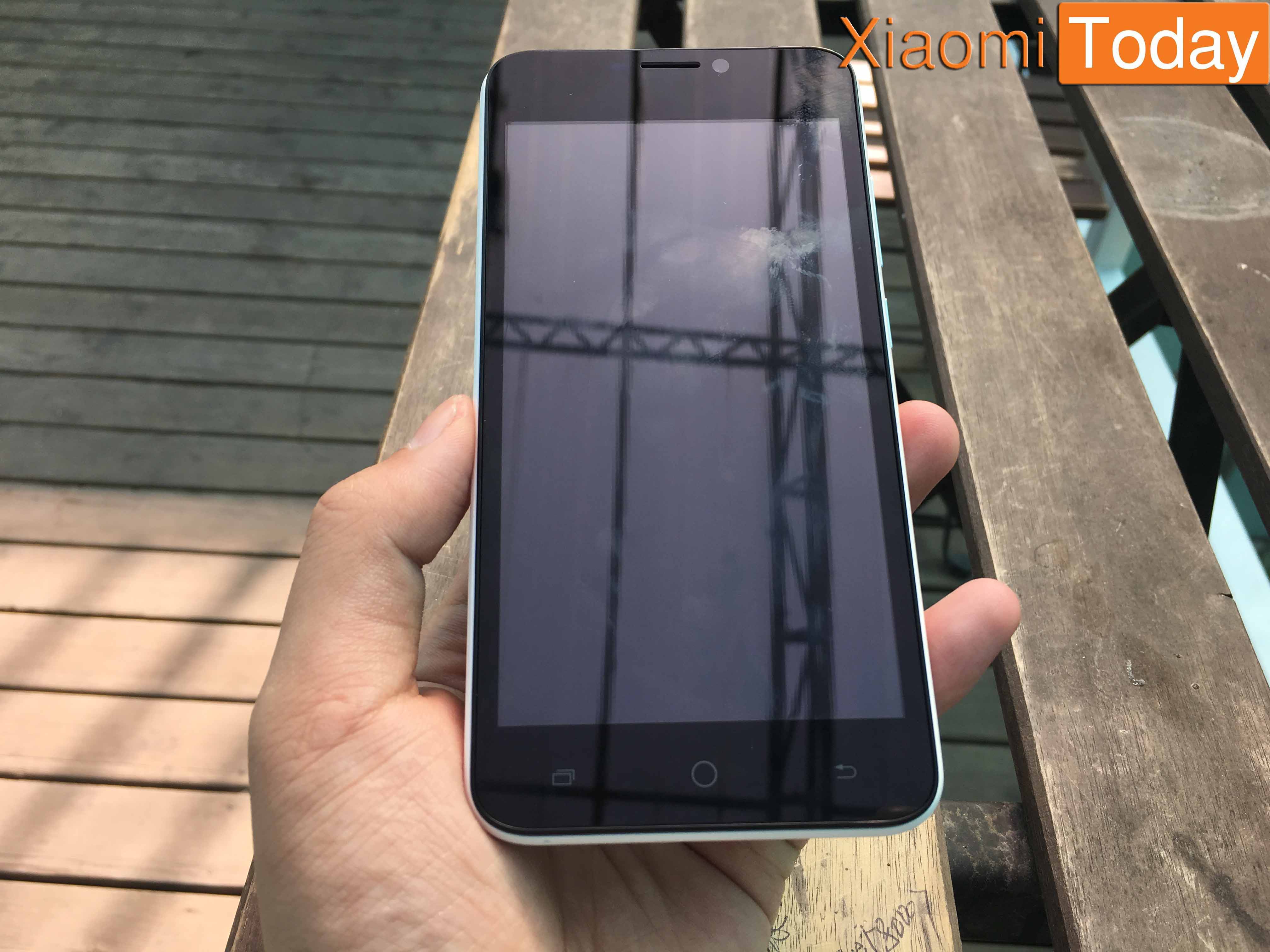 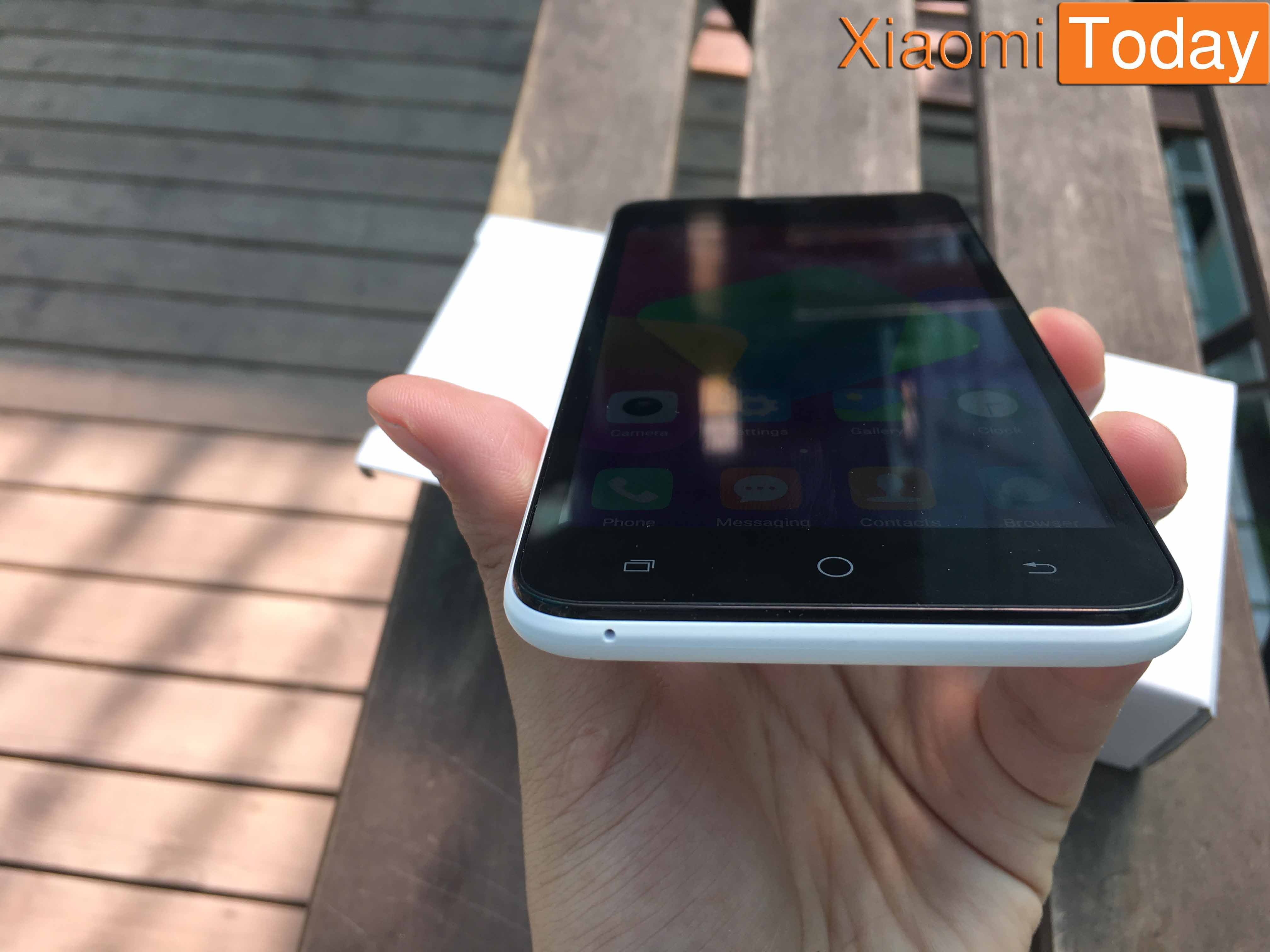 Button placement is one of the least important categories of this review, but if you will be upgrading to Blackview BV2000s, then chances are that you will have to get used to that button placement, which is going to be quite different from your previous handset. Like majority of Chinese smartphones, Blackview BV2000s has both functional buttons present on the right hand side of the smartphone and they were actually really pleasing to use in terms of their ‘clickiness’. They were extremely tactile, which is definitely a great thing, otherwise you normally have to press with all of your might just to get the phone’s volume to increase, decrease or just go into sleep mode. 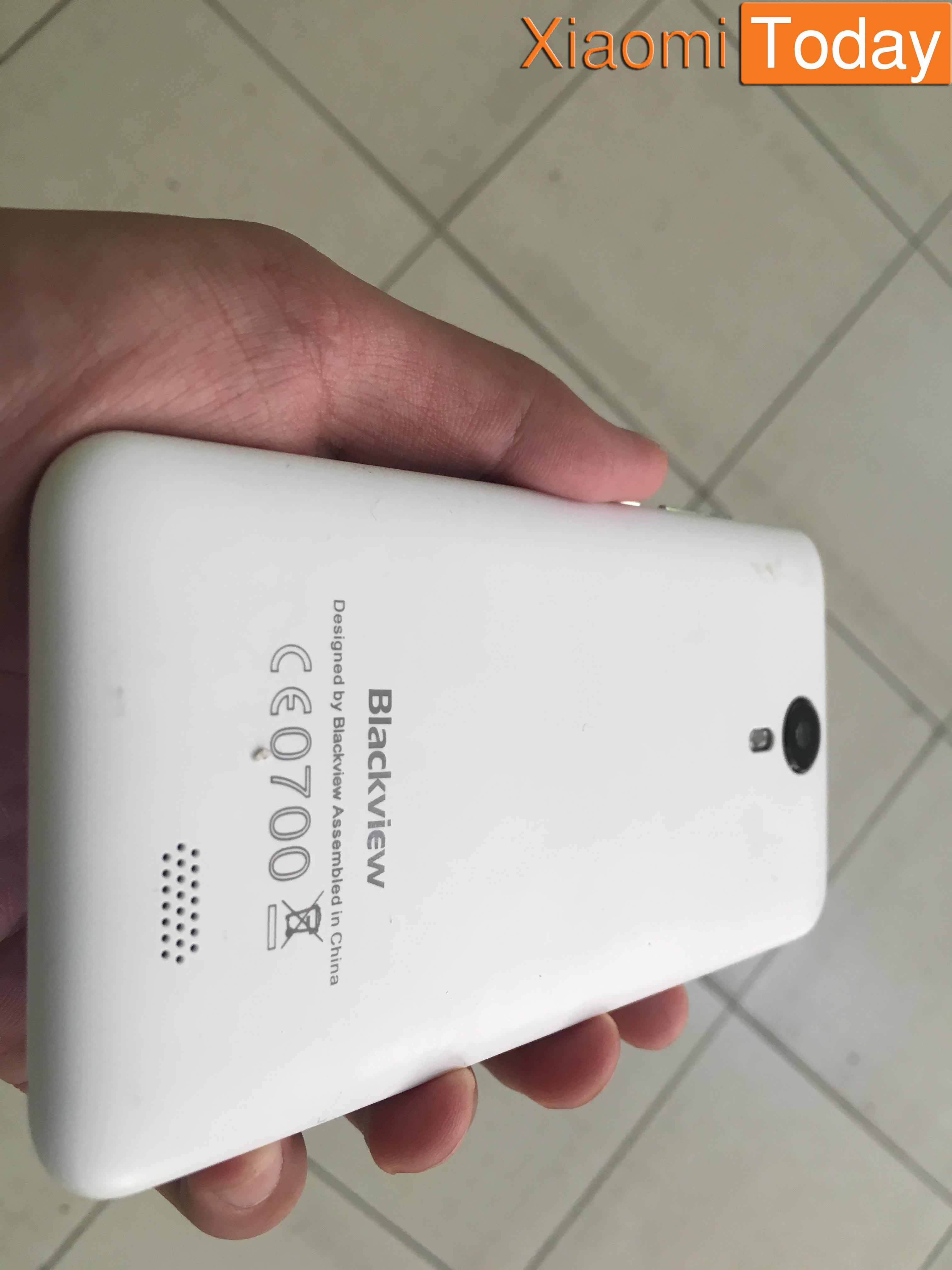 These were the only physical buttons present on the screen, while the other three were capacitive and are present right at the bottom of the cell phone. No doubt, these buttons were highly responsive because as soon as we continued to tap on them, the haptic motor did not delay, even for a split second. Normally, we would have appreciated the extra effort, if there was an actual physical home button present in the bottom mid-section of the smartphone, but that haptic motor provides a similar sensation to the ‘clickiness’ feeling that we experienced while pressing the power and volume buttons. 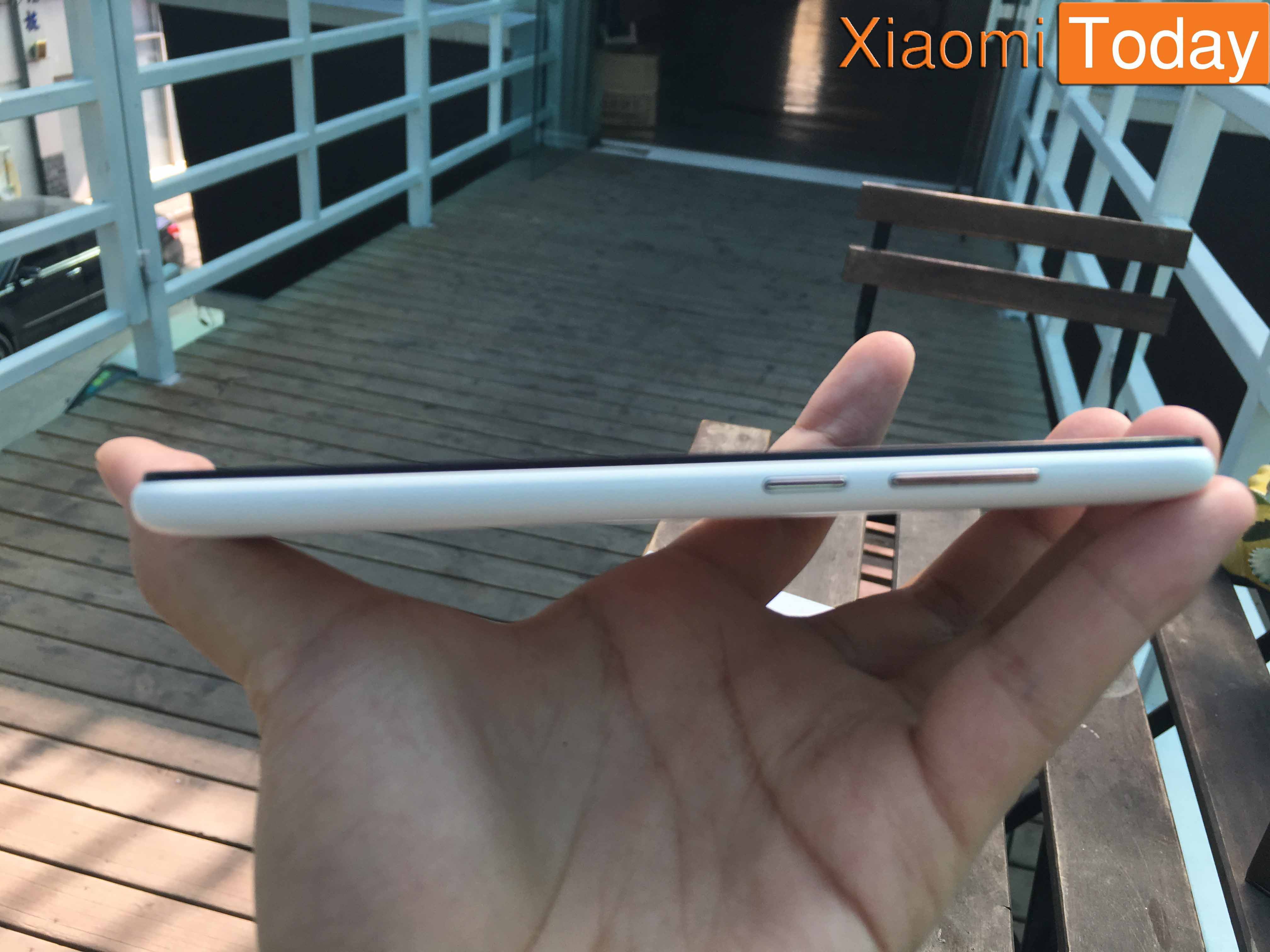 Now, keep in mind that the battery is removable, although we have to say that every time we have to insert a new SIM card or a microSD storage card, we have to remove the battery. While this is not that big of an inconvenience, it is always best not to force the smartphone user to waste even more time, and we believe that such a configuration can always be avoided in future iterations of the smartphone. When we popped open the hood, you can see very clearly that the company has provided us with a bit of flexibility in terms of carrying more than one number. Blackview BV2000s supports one microSIM card, and one standard sized SIM card, plus a microSD storage card slot with a maximum capacity reading of 32GB. 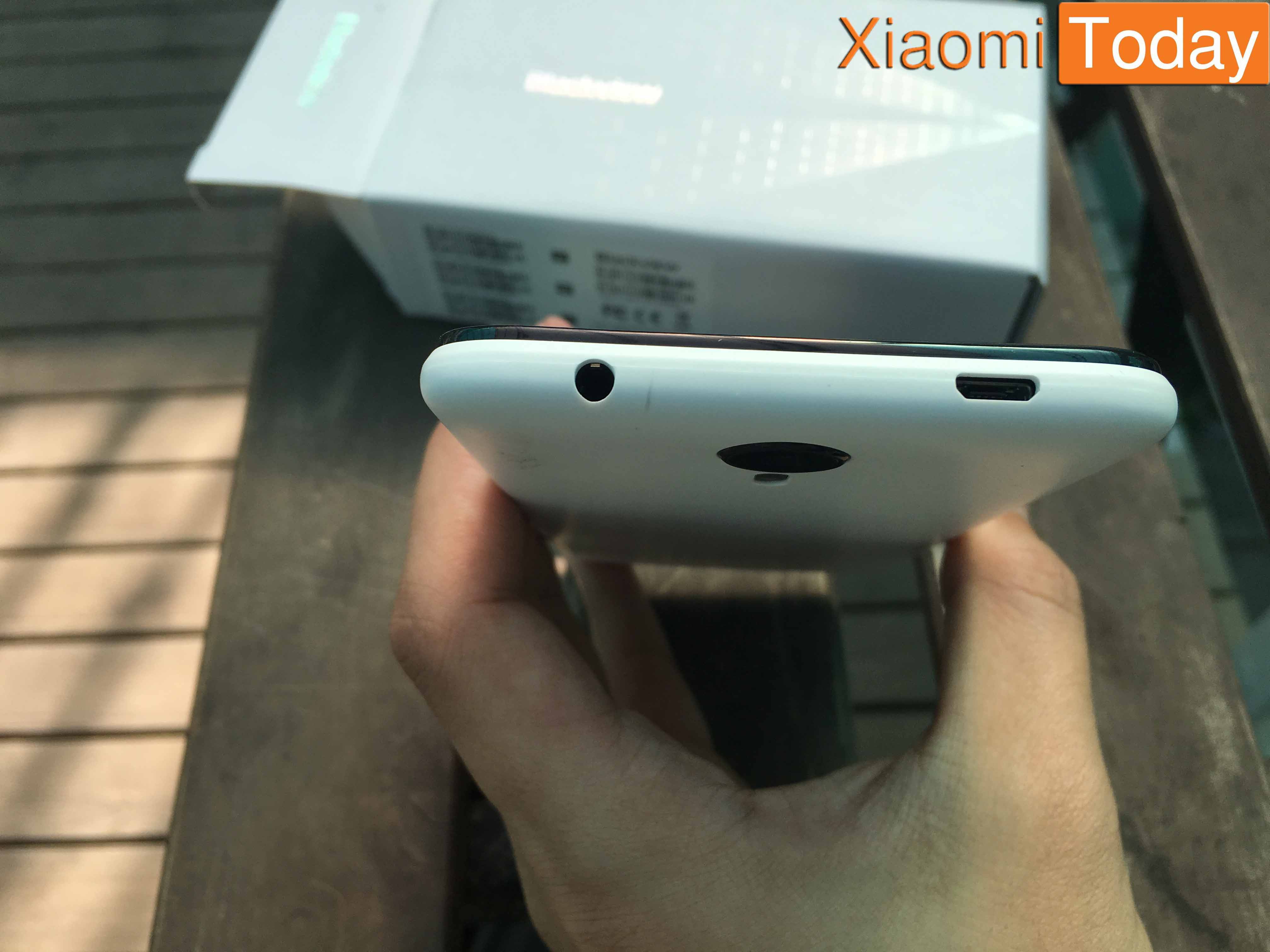 It is not a bad setup by any means, especially for a sub-$100 smartphone. As for the remainder of the openings, there is a 3.5mm jack plus a microUSB 2.0 port present right at the top of the handset, and one thing that we will appreciate is that both of these openings are at a fair amount of distance, which is extremely advantageous since you will not have your cables get entangled up all that much. Keep in mind that there are some scenarios where the cables will get tangled up, but thanks to the amount of distance, it will not be all that much.

We were hoping for a USB-C port, because we like to transfer large capacity files from our smartphone to other machines, but Elephone decided not to go down this road because USB-C has yet to become mainstream and its accessories such as charging cables are yet to become cheap since this particular charging port is relatively new to the smartphone market. 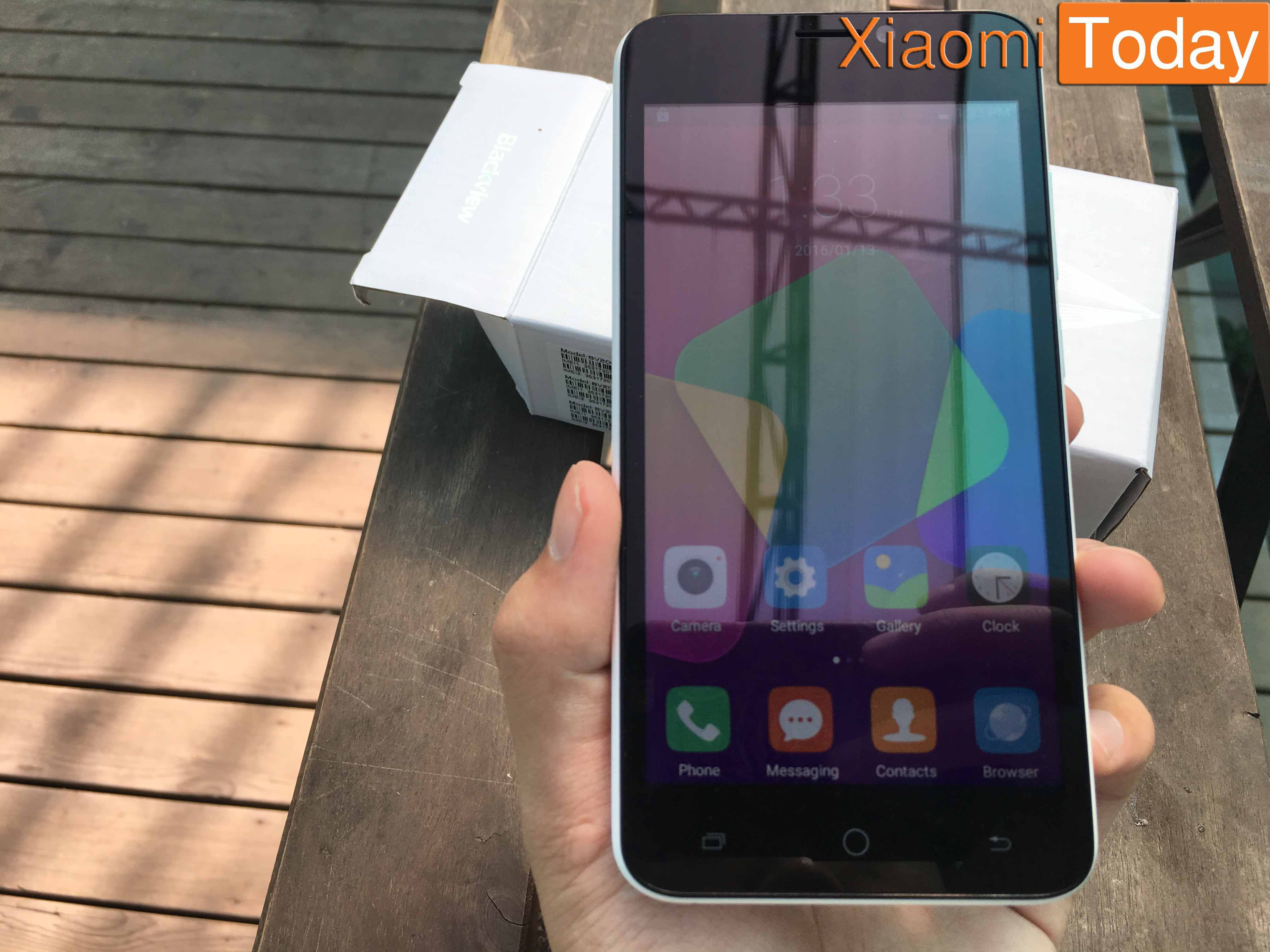 So far, we have not been upset about the smartphone; we can understand that due to the fact that it carries a sub-$100 price tag, it obviously does not pack the features that a premium smartphone would be housing. Coming to the display type, it is an IPS panel rendering a resolution of 1280 x 720. Again, the evidence of cost cutting has been shown right here, because IPS displays are significantly cheaper than AMOLED displays and a 720p resolution is less expensive compared to incorporating a 1080p one. 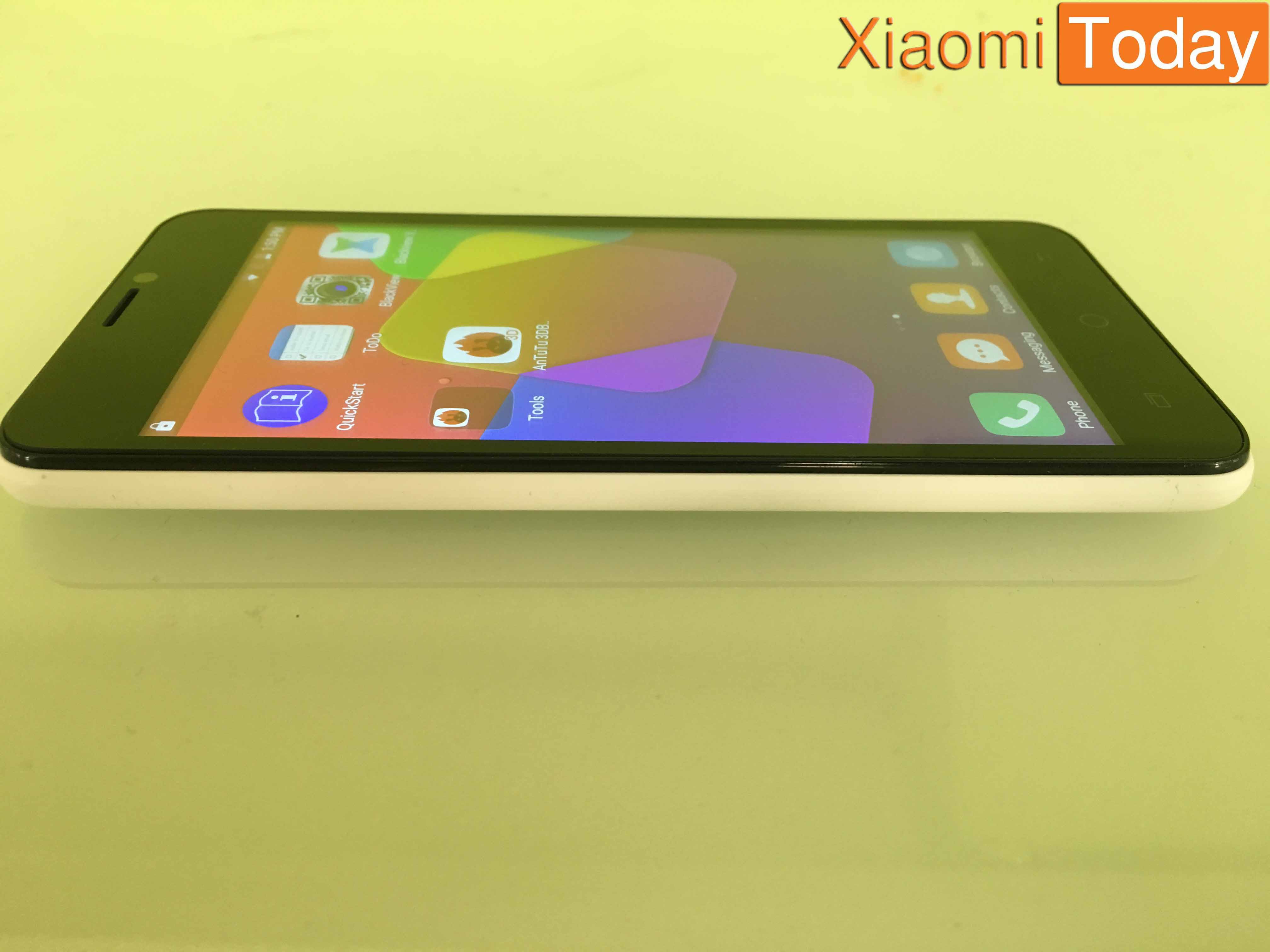 While some readers might argue that a 1080p resolution should have been the bare minimum, a 720p will actually help to conserve battery life because you will not be forced to push all those pixels around. Aside from that, Blackview BV2000s had some terrific viewing angles, even though you will easily be able to notice the difference in display quality thanks to its 5.0 inch screen and the smaller number of pixels. 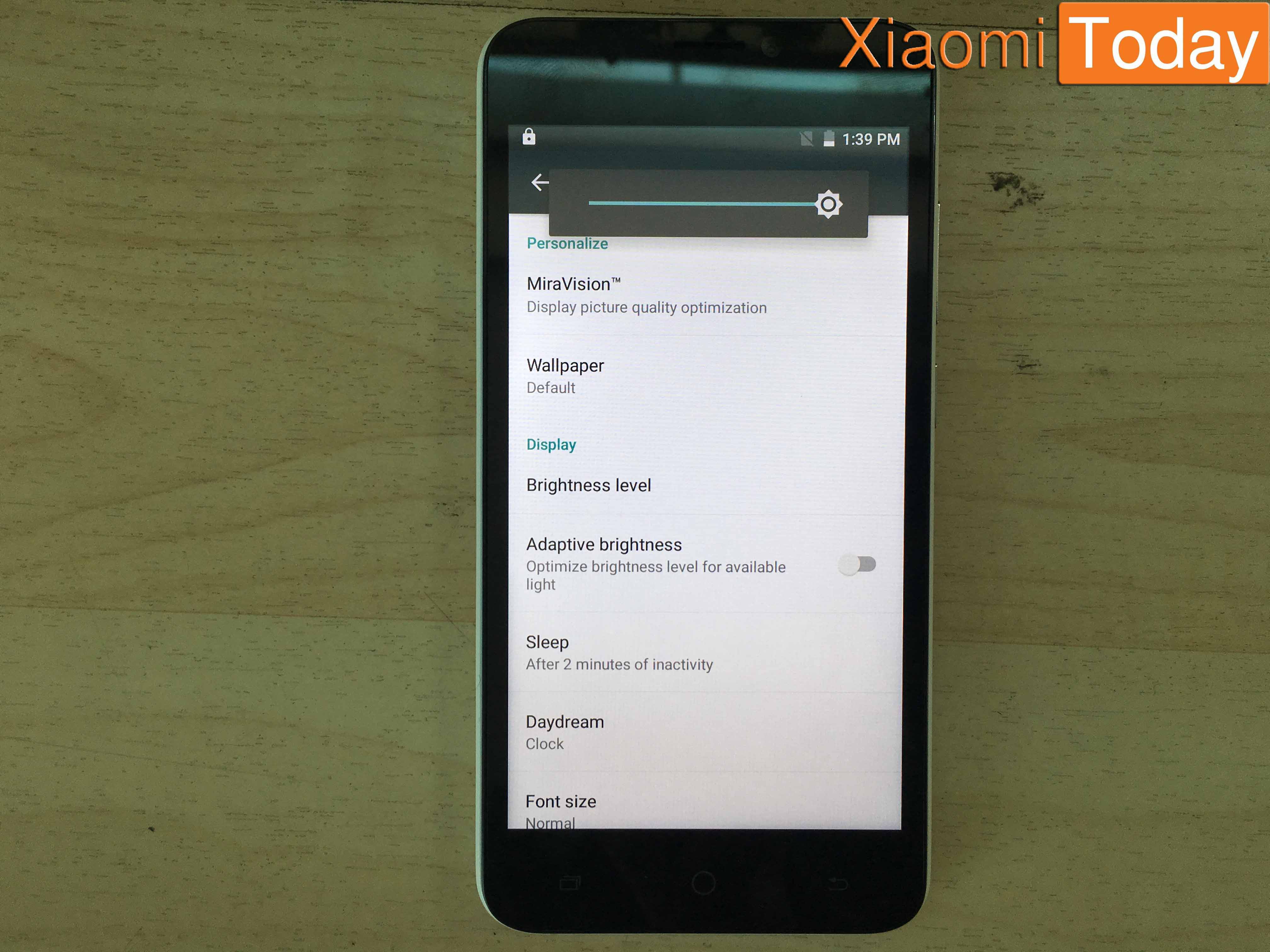 One of perk of running Blackview BV2000s on an updated OS is that despite the fact that it packs mediocre hardware, it is still able to deliver a near fluid Android experience. The MediaTek MT6580 features a 32 bit capable Cortex-A7 (a total of four cores running at a speed of 1.3GHz), and while we were expecting a better SoC, MT6580 fits right with the price. Granted, thanks to the small amount of RAM, there were a few noticeable hitches, but that is because the intensive applications started consuming a large portion of the RAM. 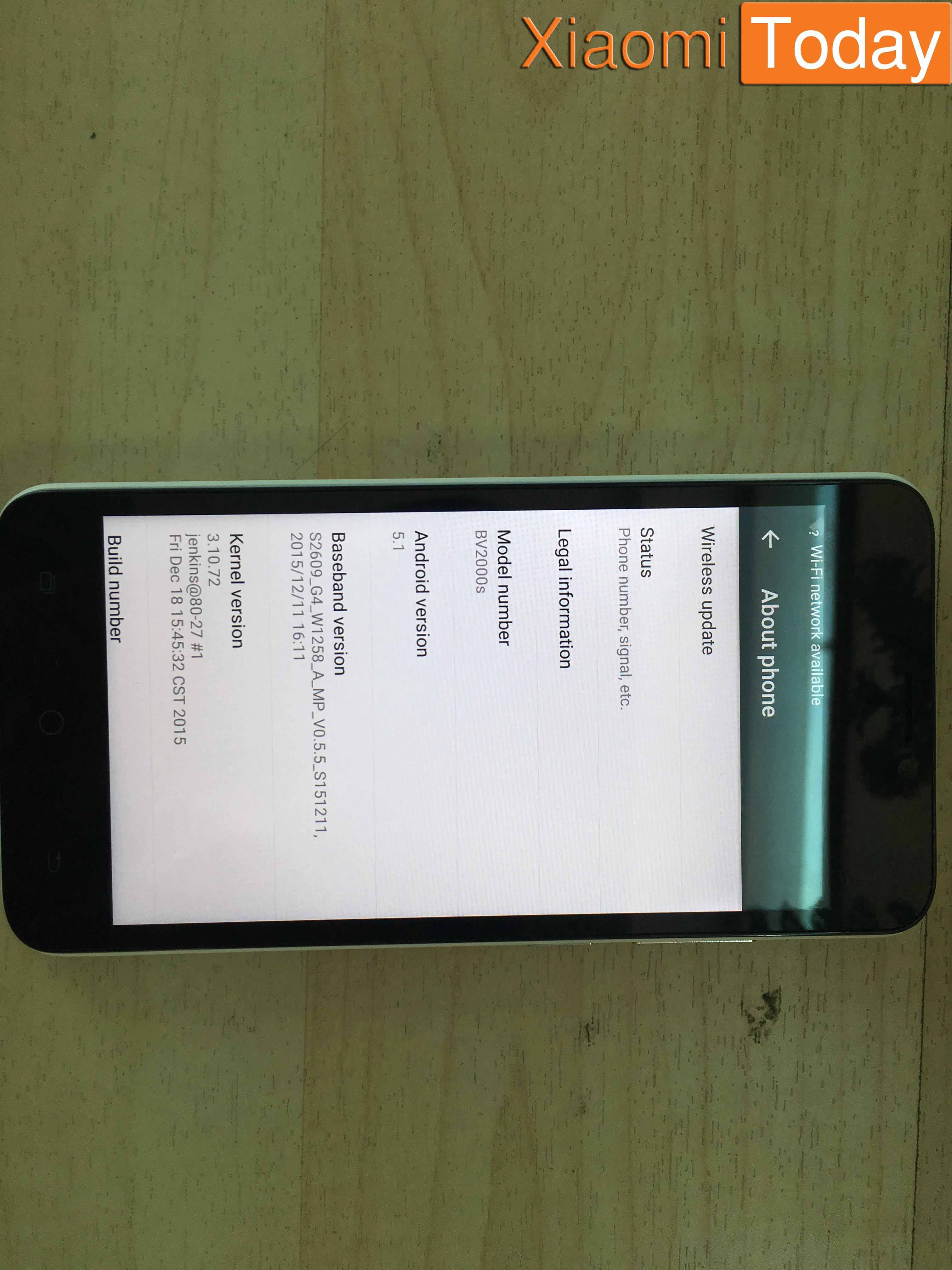 During some periods, we also noticed that the apps started behaving sluggishly, and while Android 5.1 is an improved version over KitKat, you will still need better hardware in order for mobile devices to perform well. The quad-core processor might not have been the culprit, since we have already seen phones with the same chipset, but with a higher amount of RAM performing better than Blackview BV2000s, so for now, the lack of RAM is entirely responsible for this. Also, we should remind you not that the smartphone has not been injected with groundbreaking hardware, so do not try and attempt to play graphically intensive games because you will just be ruining the entire experience for yourself. 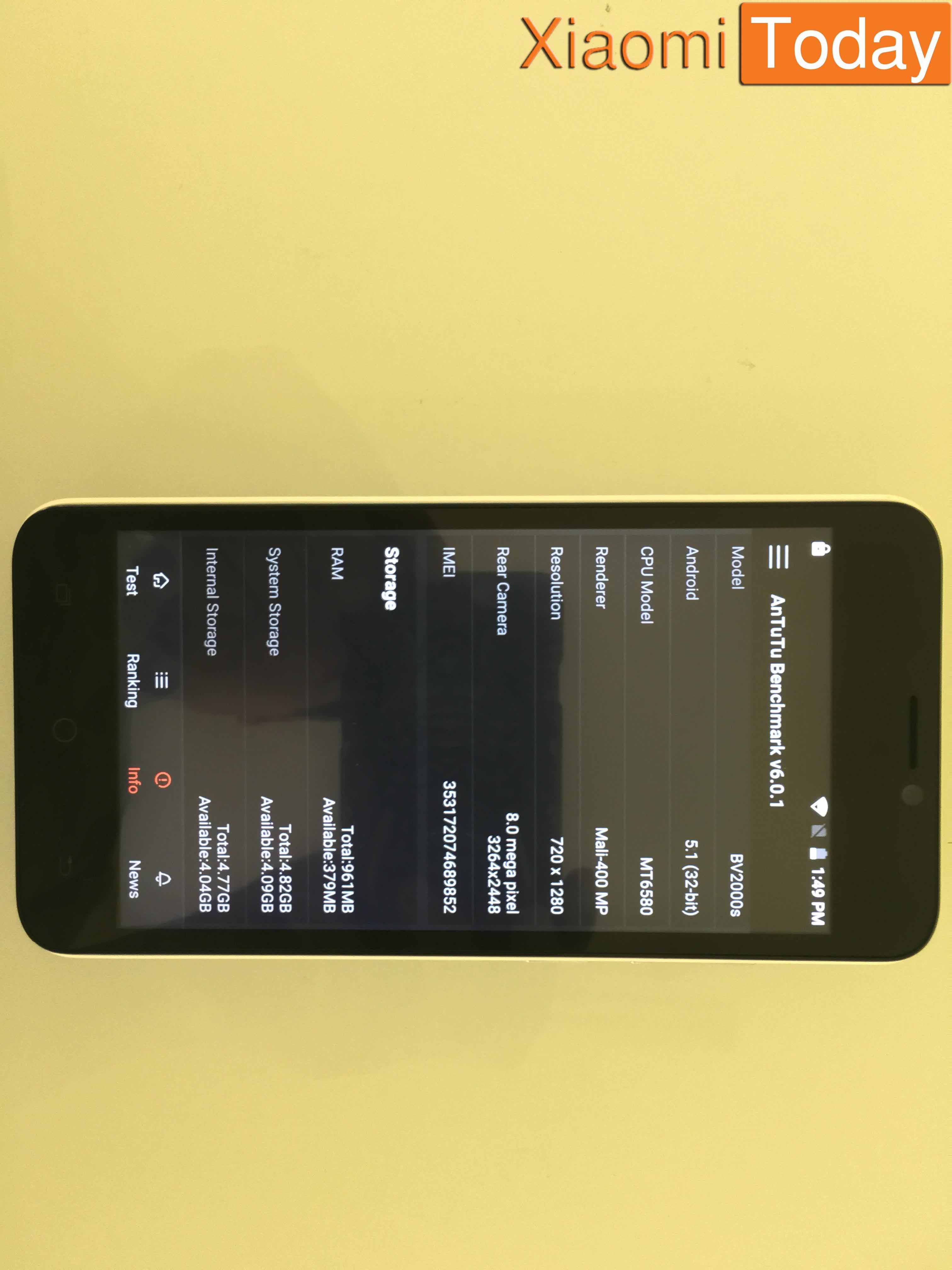 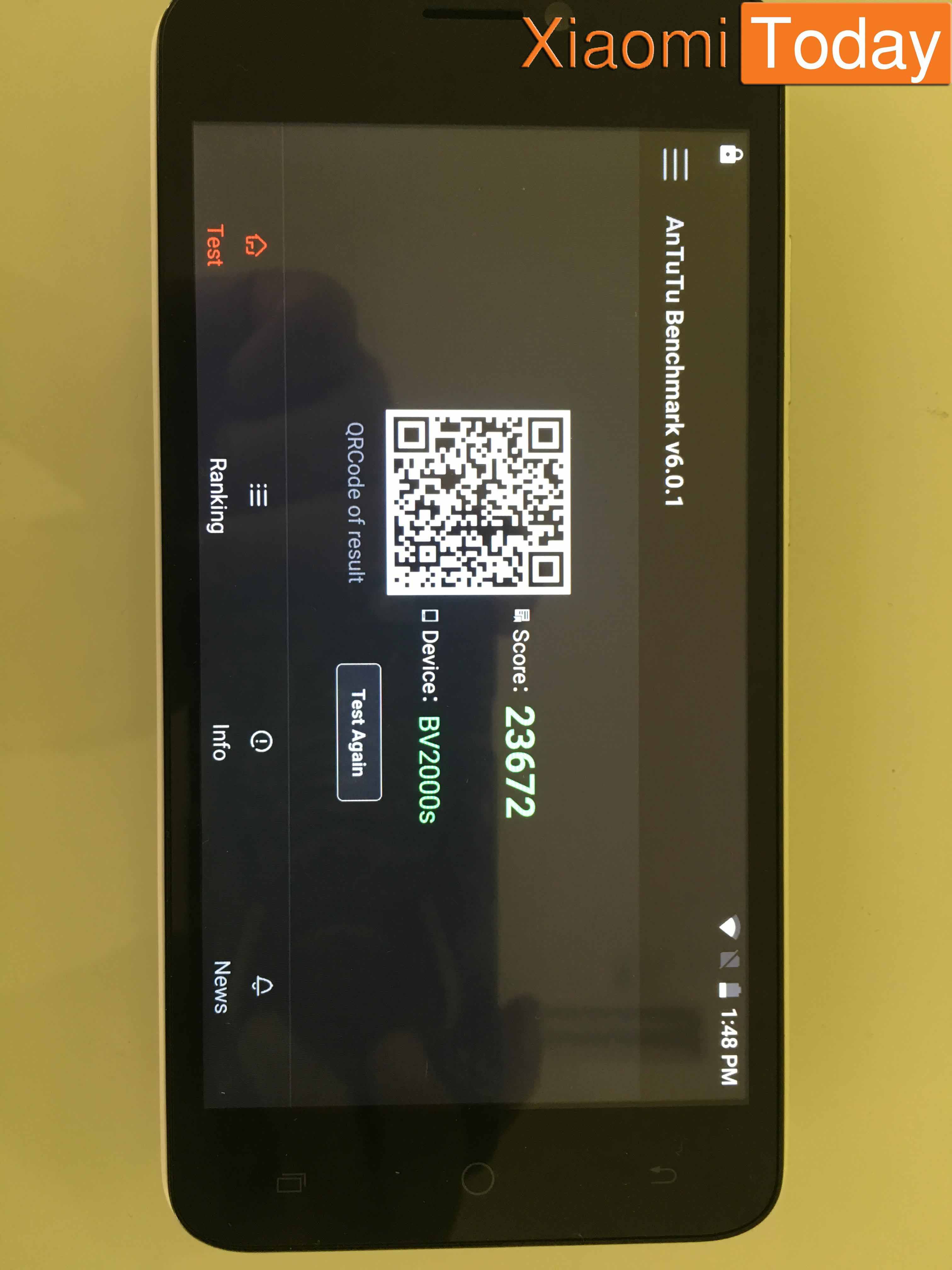 Now let us come to the core segment as to why consumers want to purchase a smartphone in the first place? Raw performance. We fired up AnTuTu and Geekbench to see how the device would fare when pitted against the remaining competition and we have to say that the smartphone might have missed its mark, but it is still able to achieve a satisfactory score, as you can see in the image below. 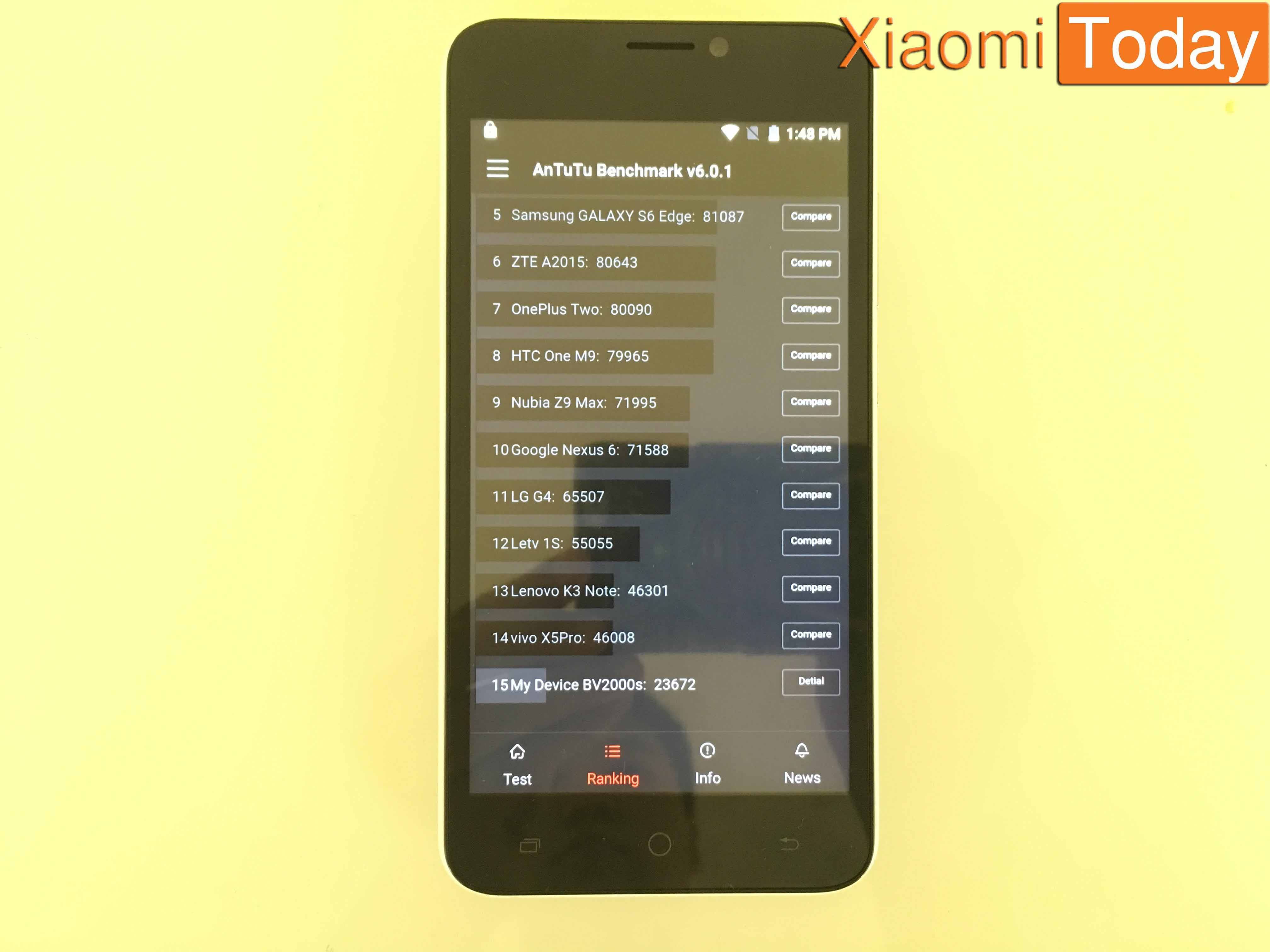 Despite the fact that Blackview BV2000s has an MT6580, and a quad-core Cortex-A7 running at 1.3GHz, the smartphone was surprisingly able to score a respectable position in both Geekbench and AnTuTu. Now, don’t get us wrong, performance is definitely not the strongest attribute of this smartphone right here, but then again, Blackview BV2000s is not intended to target those with a thicker wallet and who demand performance over everything else. It will cater to the requirement of those users that are on a strict budget and rightly so, with those scores, we think that the price is perfect with the level of performance we are getting from it. 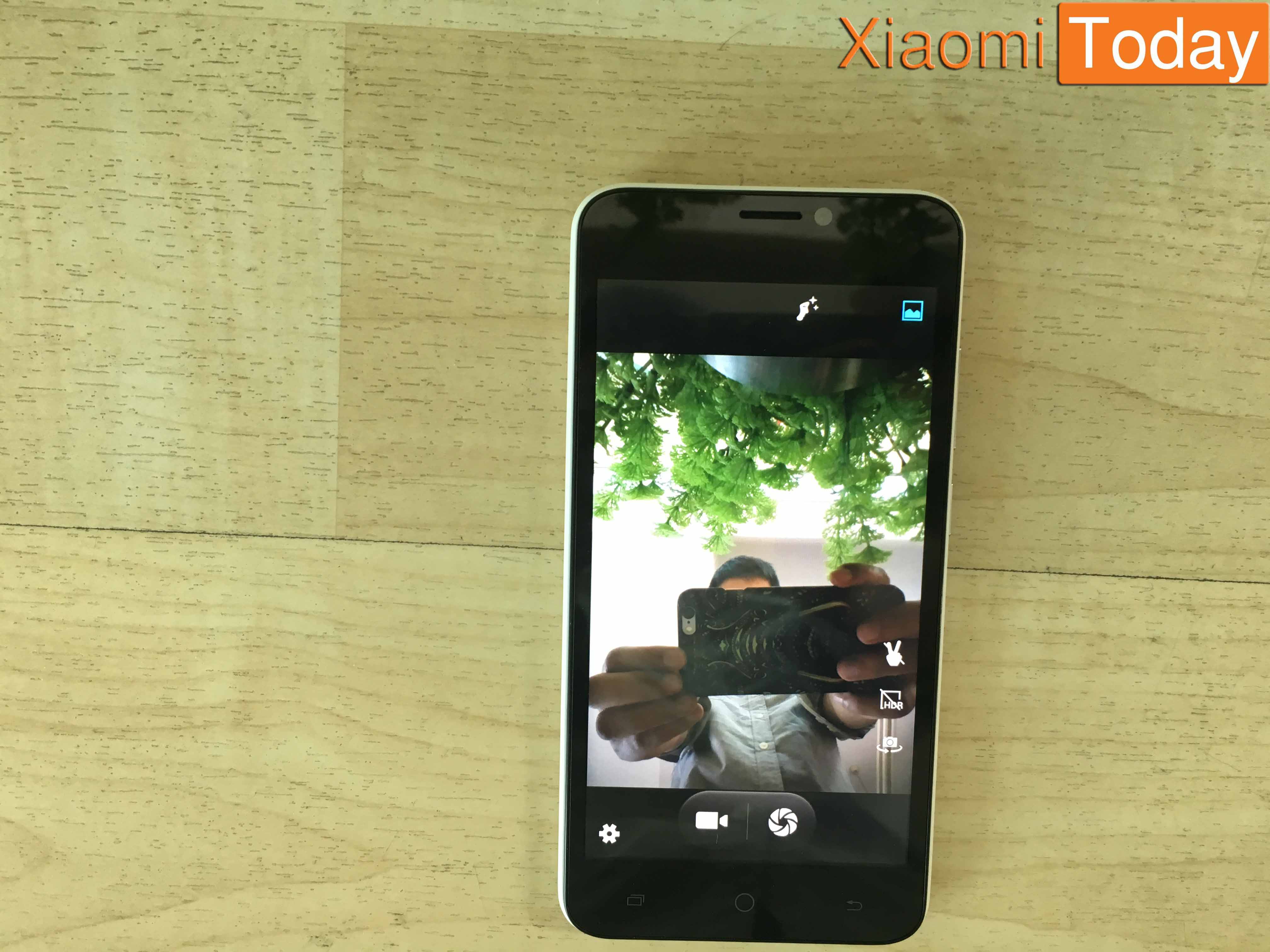 For most of you out there, high amount of battery life is a very crucial feature to have in a smartphone. In Blackview BV2000s, its large form factor is big enough to accommodate a 2,400mAh cell so we decided to take it for a battery test. We tested out the smartphone with its screen brightness set to 100 percent. In this way, you will be able to experience the worst case scenario when you purchase Blackview BV2000s. 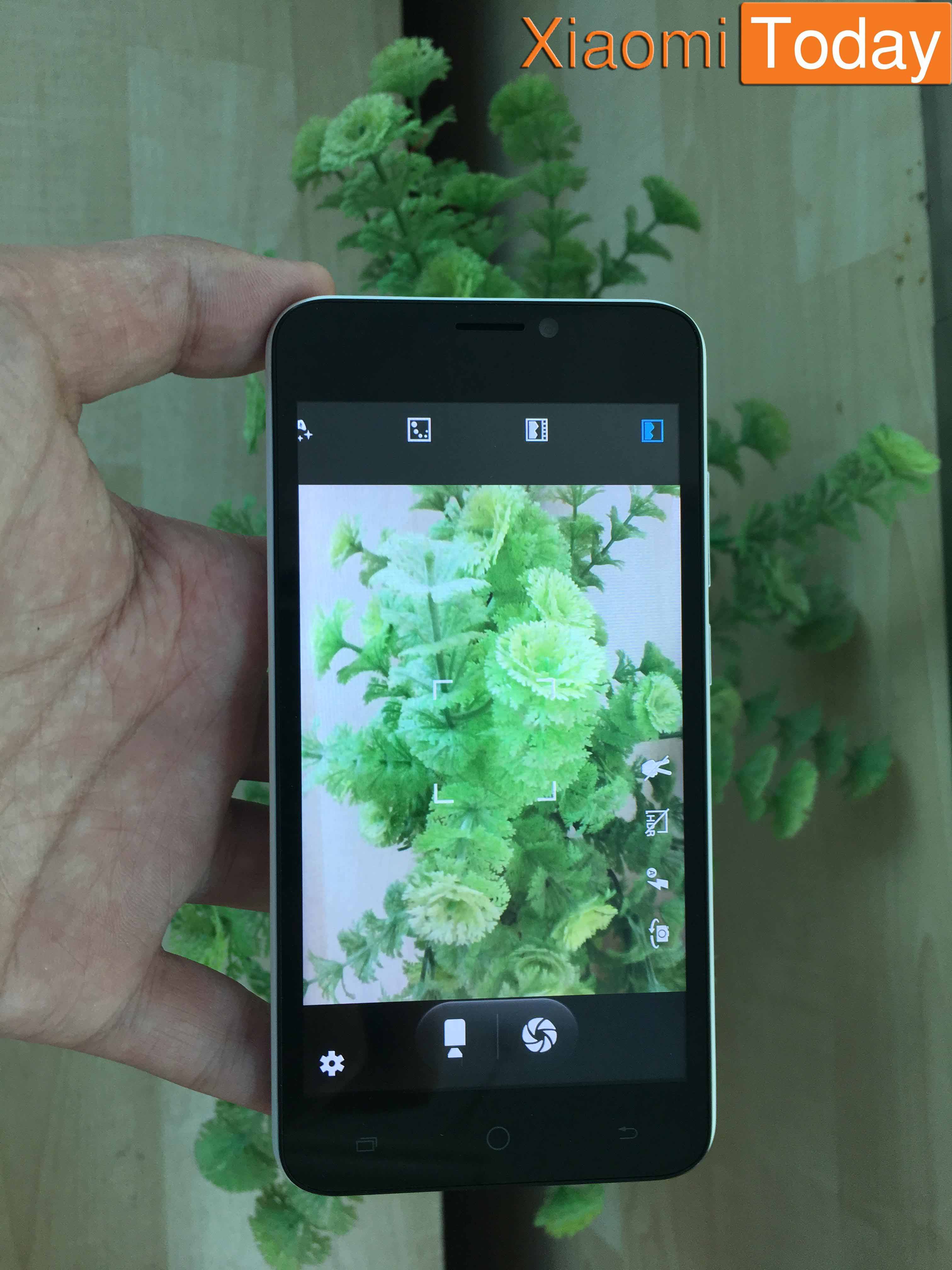 Having a larger battery is always a great thing to have, and this was witnessed from Blackview BV2000s when we were able to rake out slightly over 10 hours while connected to 3G, and 12 hours on Wi-Fi. Keep in mind that we carried out some casual browsing tasks and occasionally, we streamed high-resolution videos. We did this to give you an idea on what kind of battery life will you experience should you decide to carry out similar tasks as well.

Blackview BV2000s: What features make this smartphone stand out?

Blackview BV2000s is a great Android powered handset, especially if you are on a strict budget. There are several features that make it feel that a premium quality smartphone and we would like to point out those features right now. Additionally, we will also point out what we felt could have been added to Blackview BV2000s in order to make it even better than before. Hopefully the company will be reading this so that they will be able to release an even better device in the future.

Things that we liked about Blackview BV2000s

After looking at each and every aspect of Blackview BV2000s, we have summarized the following scores below:

There is no denying the fact that Blackview BV2000s is an amazing smartphone when it comes to standing its ground with a sub-$100 price tag. However, with an outdated chipset and an even more outdated processor, sadly we did not get to see that much performance when regular use was concerned. This was primarily because the handset had 1GB of RAM, otherwise a quad-core CPU should have been enough while running Android Lollipop 5.1. Also, we were definitely hoping for more in terms of a larger battery pack, a USB-C port and most importantly, a better build quality. 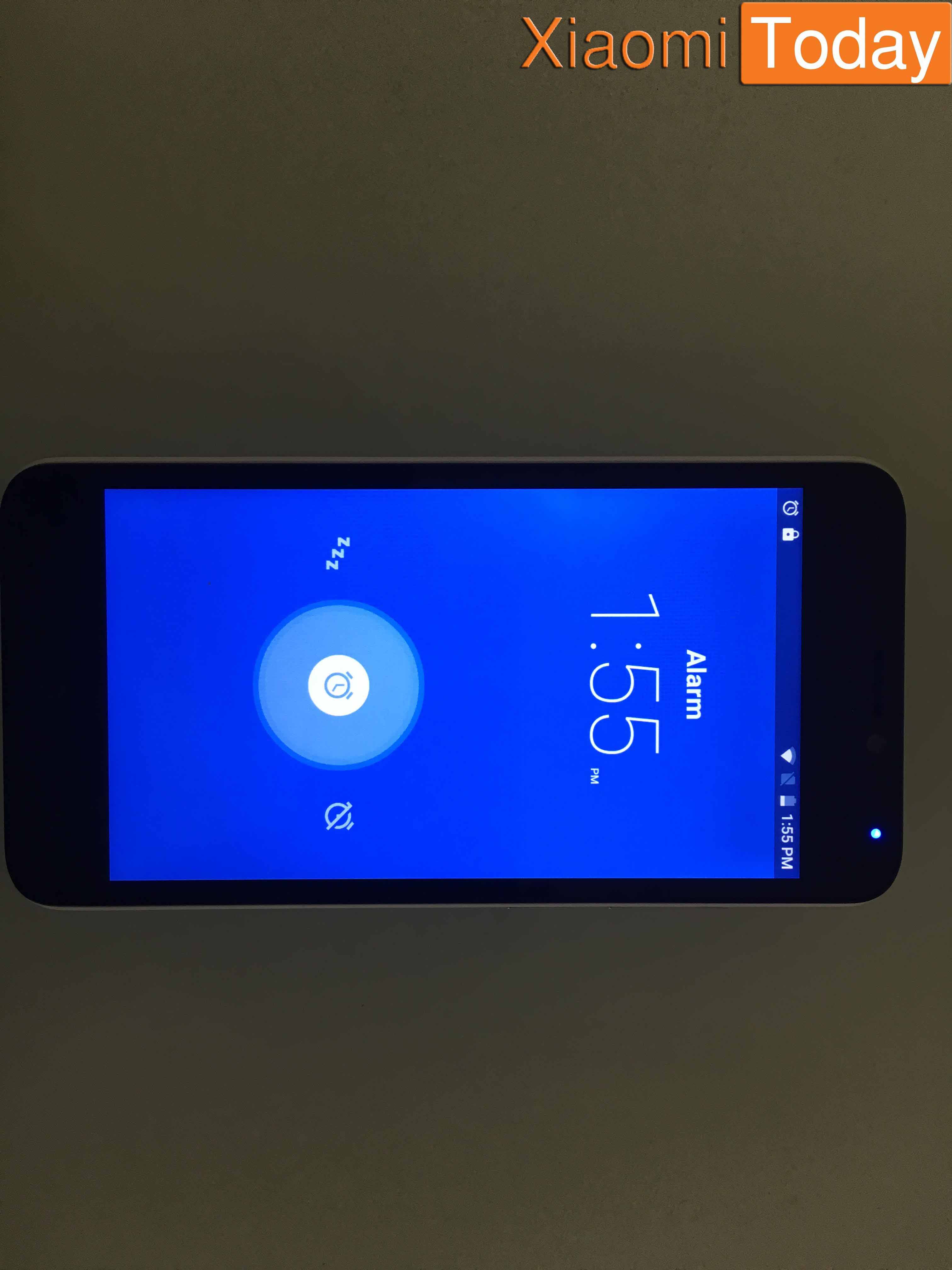 We would like to point out that since Blackview BV2000s has a microSD card slot capable of accepting a maximum card capacity of 32GB, do not go down the easy road and purchase an inexpensive one since those are the ones that will sacrifice both speed and reliability for a low price tag. Instead, spend a little more money and purchase a microSD card from reputable brands such as SanDisk or Samsung and trust us, you will not regret your purchase. Cheaply priced storage cards will eventually get corrupted and you will lose an abundant amount of data, not to mention that it will take a very long time for the data to be recovered, if it can be retrieved at all. 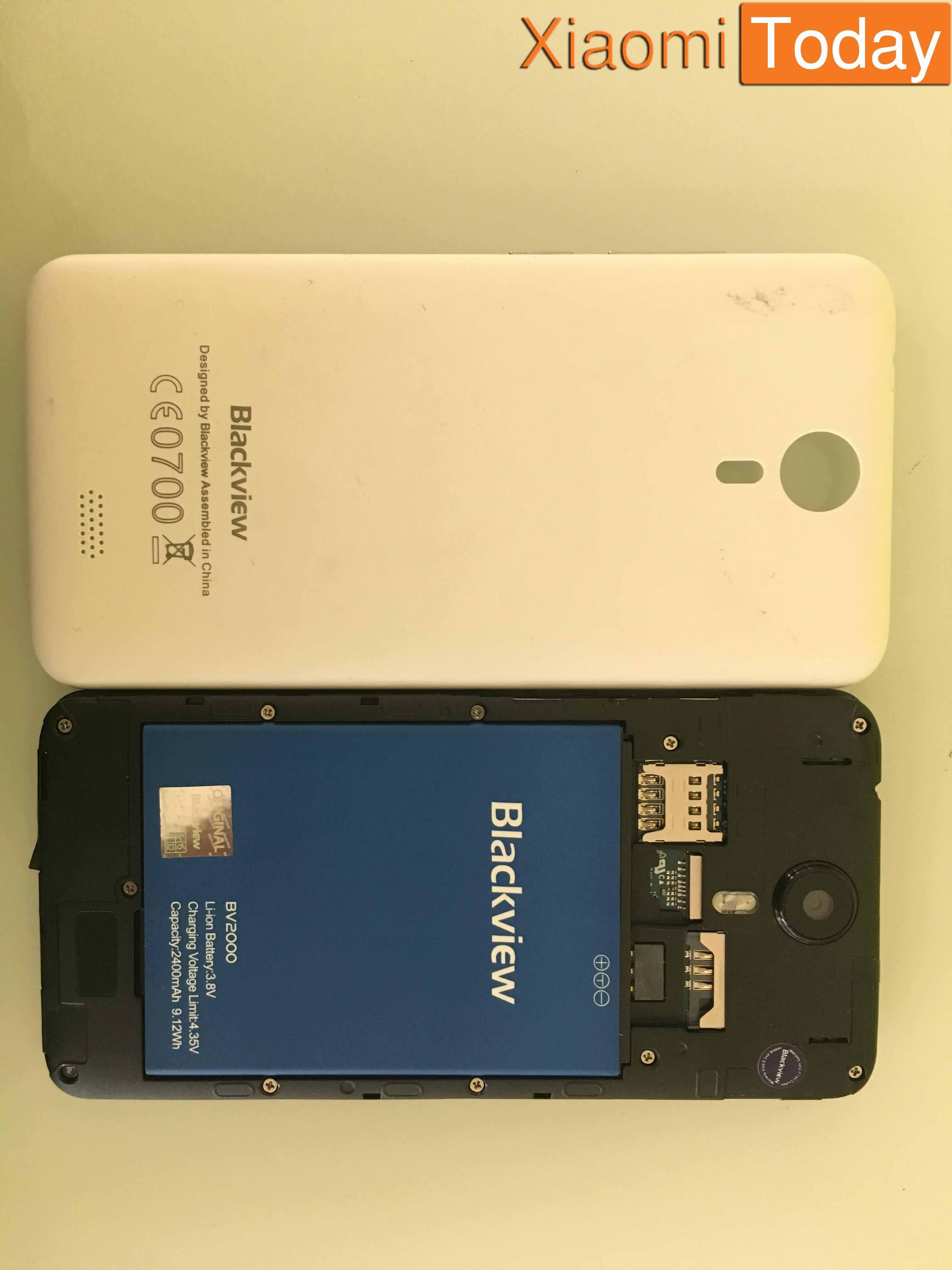 At the end of the day, if you do not have sufficient funds to purchase an expensive smartphone, then Blackview BV2000s will not disappoint you. It has all the ingredients necessary to make it a great mid-ranged to lower end smartphone and we hope that it gets future updates, if any, since it will be able to get rid of any of the issues that it has been suffering from. 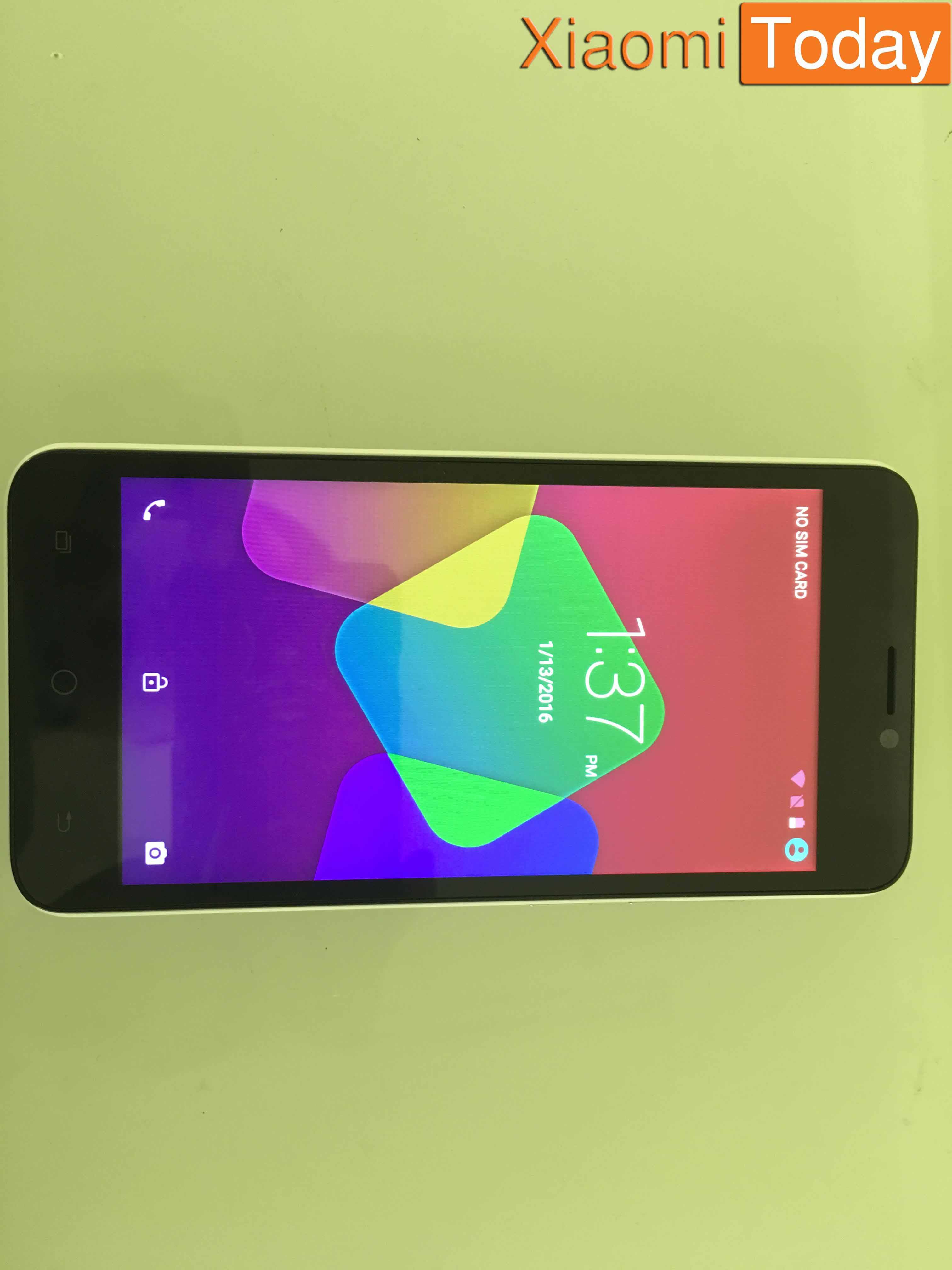