Lin Bin, President of Xiaomi, posted on the Chinese microblogging site Weibo saying “This is the formula, what is the solution?” and the image shows “Xiaomi Mi 2S+ ? = Xiaomi Mi 4C”. More details to be announced this afternoon. 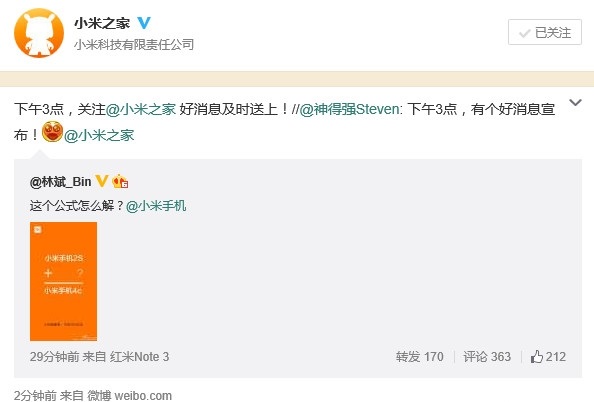 Obivously, this does not come a as a surprise. Xiaomi could be introducing an exchange program for Mi 2S users, to upgrade to the Mi 4C. The mystery equation’s solution might be ‘money’. If a Redmi 2S user wants to upgrade to the Mi 4C, they have to trade in the 2S, and add some amount of money to it (Hopefully both the 2S’s value and the money added value combined is less than the value of the Mi 4C), and get an upgrade to the company’s latest flagship, the Mi 4C. 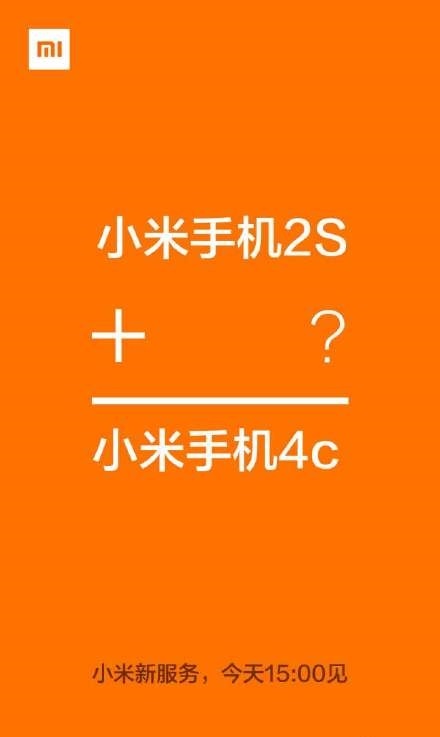 Xiaomi Redmi 2S, is one of the company’s best selling smartphone, has a very large user base. Xiaomi could be launching this program to hopefully get the users who are using the outdated hardware to the latest model. Also could be to promote the sales of the Mi 4C.

Would you guys trade in your 2S to get the Mi 4C?