It is official; Xiaomi Mi Pad 2, the 7.9 inch tablet is finally going to go on sale on the company’s official website tomorrow. According to a source, both the Android and Windows 10 version (only available in the 64GB internal memory version) will be available to purchase. One major advantage of owning a Xiaomi Mi Pad 2 is not only its cheap price tag, but also the fact that you can choose to run either Google’s or Windows operating system. For users who will rather prefer to use the tablet for work related purposes will no doubt be purchasing the Windows 10 running model, while casual users will opt for running Android on it.

The internals of the tablet are as follows; Xiaomi Mi Pad 2 is running Intel Atom x5-Z8500 with a quad-core processor running at a speed of 1.44GHz. While this is the base clock speed, more intensive applications will allow the processor to increase its frequencies courtesy of Intel’s Turbo Boost technology and start running at a speed of 2.24GHz per core. While it is only running 2GB of RAM, it appears that causal and office users will only require that much RAM, since an imminent update to Android M will smoothen out the tablet’s performance to a whole new degree. 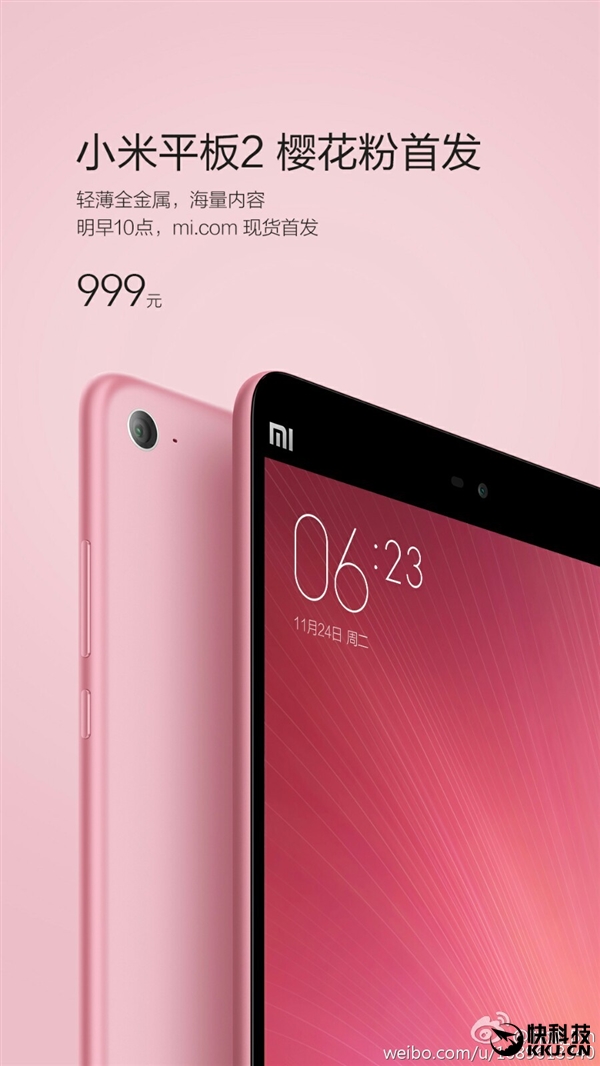 There is also a 6,190mAh battery present inside the tablet, along with an 8/5MP camera combo and a resolution measuring at 2048 x 1536 pixels. The pricing details of Xiaomi Mi Pad 2 are as follows:

If you are running low on internal memory, then you can always invest in a high-speed 128GB internal storage card if you want to store all of your valuable content inside the 7.9 inch slate. The source has stated that the sale will start from 10:00 am CST (Chinese standard time) and the available color at this time is only going to be pink.