This morning soon I anticipate that Xiaomi could present his own SmartBike, and now we can confirm that it will, since the latter has published Xiaomi teaser shows that bicycle. 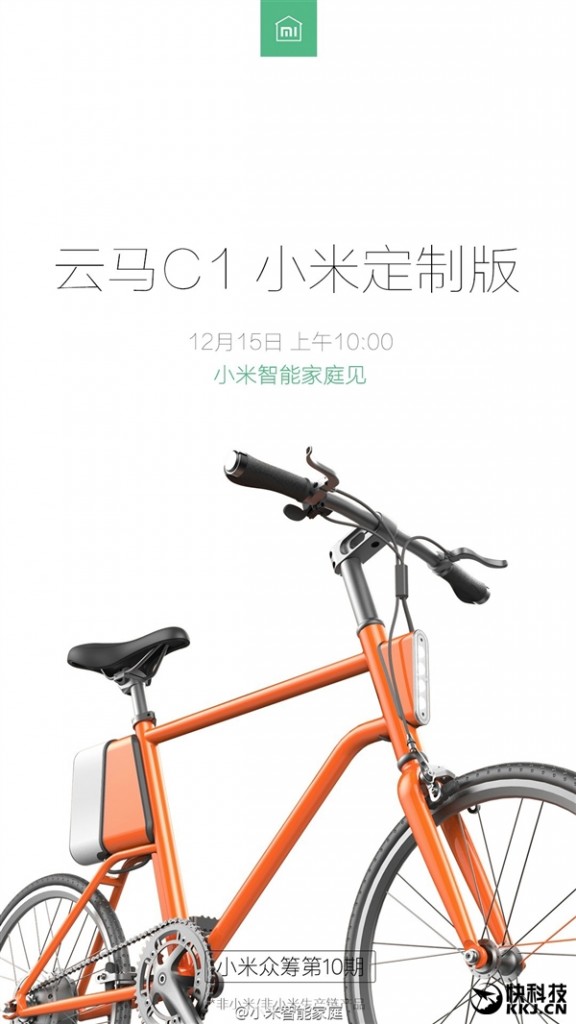 The SmartBike, or rather electric bike, is not a product manufactured by Xiaomi completely, but it is a customized version of a bicycle by a Chinese company which have not yet managed to find out his name.

The electric bike that Xiaomi has developed in collaboration with the aforementioned bicycle company was officially presented tomorrow, but we know enough features to it.

The most interesting thing is that this bike has an independent motor (at the rear) called YunBike, this engine is accompanied by a battery of unknown capacity, which is responsible for moving the bike in five different speeds depending on the terrain where we are.

By all appearances, the bike has a total weight of 16 kg, and is capable of carrying up to 120 kg at an average speed of 25 kmh and maximum 55 kmh.

We still have many details to know this new product Xiaomi, among which is the official price, but we imagine that this last point will be close to 1,999 yuan (283 euros) which costs bicycle company that We do not know his name.