Xiaomi Redmi Note 2 Pro is going to be the expected successor of the highly popular Redmi Note 2 and from the looks of it, the company’s latest device could be announced very soon. Thanks to the latest teaser image; it shows that new products are going to be shown in the spotlight, with the date being November 24. 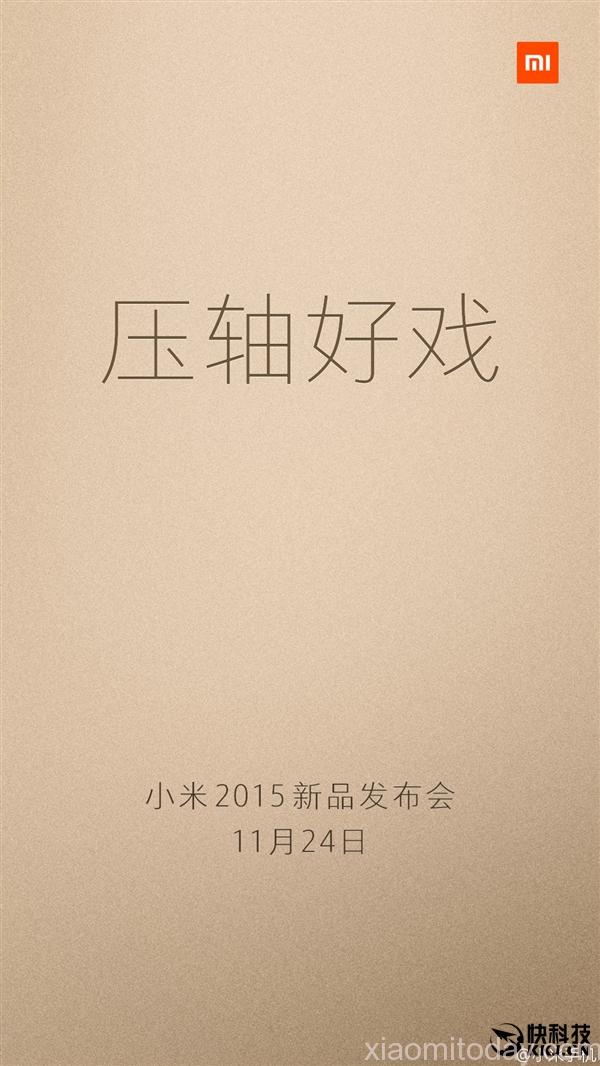 According to Chinese media, Xiaomi Redmi Note 2 Pro is going to be unveiled at the Beijing National Convention Center, and is expected to be an improved version of the Helio X10 powered smartphone that was announced earlier this year. While 2GB RAM is going to be a part of the hardware, the source also tells that there could be a 3GB RAM model in the works as well. A fingerprint sensor is going to be mounted on the rear side and the screen size is going to be maintained across both models which is 5.5 inches.

The resolution is going to be 1080p and just like its predecessor, Redmi Note 2 Pro will have a Helio X10 chipset present inside, with a Cortex-A53 processor running all eight of cores at a frequency of 2.0GHz. 16GB of internal memory will be a part of the circuit board, with extremely high chances that the smartphone will have support for an expandable storage slot.

The expected retail price of Xiaomi Redmi Note 2 Pro is 1,099 Yuan, or $172 US dollars. We should be certain that the 3GB RAM version is going to be slightly more expensive, but when compared to the rest of its rivals, Xiaomi is definitely going to gain the upper once more when pricing comes into play. There is less than a week remaining for the smartphone to be announced so let us keep our fingers crossed and pray that the company surprises us positively.