Heard rumours about how Xiaomi’s new flagship phone runs a MediaTek Processor? Put those hear-says to rest. It will actually be running Qualcomm’s newest Snapdragon processor, the Snapdragon 820.

Just today, Geekbench revealed the new Xiaomi flagship phone in a database update, code-named “Xiaomi Gemini.” Many details have been unravelled but the most essential ones include its Snapdragon 820 (MSM8996) capabilities, 3 GB of RAM memory and how they all stack up in Android’s latest 6.0 system. 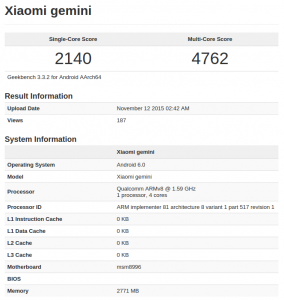 Surprisingly, it was the Huawei-developed Kirin 950 processor, Huawei’s latest, that managed to get better multi-thread performance than the Snapdragon 820. It was clearly evident how the octo-core Kirin 950 out-performed the quad-core Snapdragon 820, due to the sheer disparity of cores between the two.

On the flip side, there are certainly phones that got better single-thread performance over the Snapdragon 820, most prominently the iPhone 6s.

To conclude, it is noteworthy how the code “Gemini” looks like a consistent progression of Xiaomi’s series models, famously named after star constellations. The “Gemini” name most likely means we are looking at the Mi5. 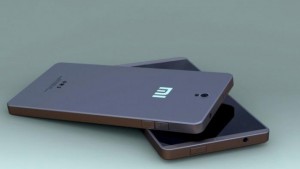 But can the new Mi5 truly win over the hearts of consumers and critics alike? We will have to wait and see.