Kirin 950 is going to be found in Huawei Mate 8 and the smartphone is most definitely going to be announced on November 26. Now, the latest benchmarks of ARM’s Mali-T880, the GPU running inside Mate 8 has been showcased and it shows how powerful the chip is when going head to head against Mali-T628, the GPU that is present in the company’s Mate S. According to a source, ARM Mali-T880 will have four GPU cores present inside Huawei Mate 8, and the graphics processor is able to zip past its predecessor by a huge margin.

According to the several benchmarking results (can be seen in the image below), Mali-T880 was able to obtain more than twice the number of frames in GFXBench compared to Mali-T628, as well as more than twice the number of GFlops. Now that we have seen how well the GPU does against its predecessor, we will patiently wait for more benchmarks to appear, outlining the performance of other GPUs, such as Adreno 430, Mali-T760 (present in Exynos 7420), which would make a nice comparison between the three chips. 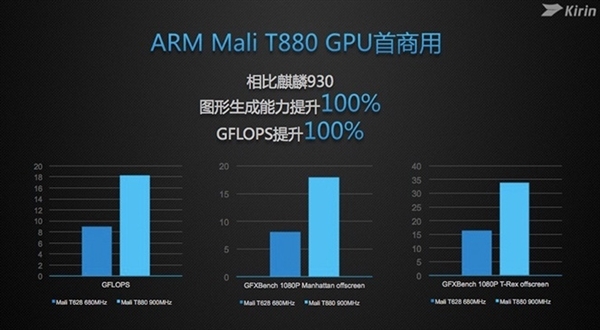 ARM Mali-T880, as stated before, is going to be present inside Huawei Mate 8, with the smartphone scheduled to be announced by the company on November 26. The chipset itself is going to feature an octa-core processor comprising up of four Cortex-A72 and four Cortex-A53 cores, which will definitely give the Android powered smartphone a much needed performance boost compared to other chipsets like Samsung’s Exynos 7420. 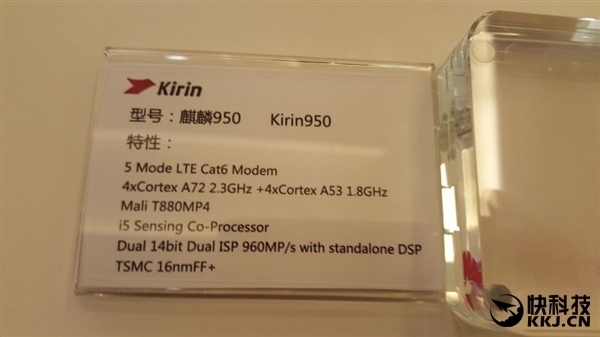 Additionally, the smartphone is also going to feature 4GB of RAM, along with a 6 inch screen with a resolution of 1080p. While we do not know the exact price tag, a smartphone running a Kirin 950 and a Mali-T880 will not be coming cheap at all.