Large screen televisions are yet to become popular among the masses because of their ridiculously high price tag, even though they give off superior picture quality. Majority of television manufacturers do release large screen TVs, but only the affluent crowd are able to purchase them since they fetch a very high price. However, one Chinese company known LeTV is coming up with a large screen solution that will not only possess an affordable price tag, but its screen size is a variable that will definitely dwarf the competition.

According to a source, LeTV is prepping an enormous 110 inch TV. Only recently, Xiaomi released a huge 60 inch TV that also gives off the 4K resolution. The only difference is that this 4K TV only carries a price tag of $800, which in comparison to the other products in the same screen size range, are far more expensive, giving Xiaomi a huge upper hand in the market. LeTV will definitely be aiming to steal the spotlight from its Chinese rival, with a product that will have a screen size difference of 50 inches. 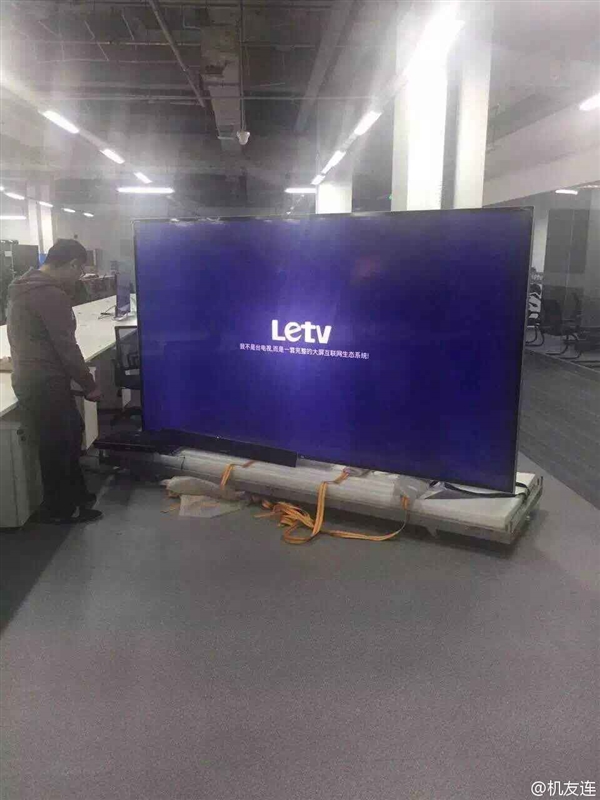 However, despite the fact that there are no pricing details revealed of the upcoming product, you will definitely be paying upwards of $800 for the upcoming 110 inch TV. My Drivers did not point out when the TV is going to be announced by LeTV, but as you can see in the image, the large screen television’s announcement date could be just around the corner.

The only question remains is, what is going to be its price tag? Normally, Chinese companies have a habit of pricing their products competitively so that a large number of people are able to afford them, thus granting them a larger market in the process, so consumers can expect an affordable price for the upcoming 110 inch TV in comparison to its other competitors.