The plans of Xiaomi to enter the field of notebooks is more and more becoming a fact after leaving aside the countless rumors published on the internet. Xiaomi has been in the smartphone business for around 5 years now and the company is worth more than $45 billion. The influence of former Lenovo exceutive Wei Chun seems to be the main reason for Xiaomi to enter notebook business.

The recent exposure of Huawei Class 9 MateBook tells us that even Huawei is prepared to start producing computer notebooks.

This morning fresh news about Xiaomi OEM notebook being produced by ODM partners in British industry and Huawei laptops by BYD Electronic was publishd by insiders. This lets us know that both of these Chinese technology gaints are entering into to a different dimension of designing and producing notebooks.

In addition, Daren @ mobile phone chip also said that Huawei is probably entering the notebook industry to be competitive alongside Xiaomi.

Do you see a MacBook in mi notebook? 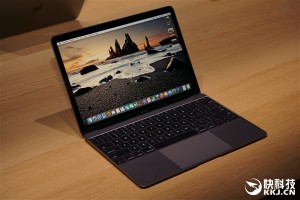