Experiments and Risks are the two core parts of the Tech Industry. Motorola showcasing the world’s first phone to Apple introducing the iPhone with a gigantic multi-touch display in 2007 with Samsung debuting the enormously big Note lineup in the September of 2011 and to Sharp unveiling the first first smartphone to have a 4K display. If these risks would’t have been taken, the world would not have been this good.

One of the most recent experiments and risks executed by the leading players is the introduction of curved technology, technology which is not straight, technology which can bend. The first thought that runs into my mind when I hear about this is that how practical it is ? Do we really need a curved TV in our room? Do we really need a phone that can bend itself ? Steve Jobs once said, ”People don’t know what they want unless they see it”. Perhaps he was right.

In today’s time the most used gadget is a phone, specifically a smartphone. It’s probably the thing that one can’t imagine his/her life without. Now smartphones have been great and have sort of changed our lives in every single way we could imagine but since 2014 we have started to see smartphones with a curved display pop up. LG introduced the LG G Flex which could bend and comeback to its original shape. That’s a solid innovation and tries to give a bit of an idea of what future might look like, but turns out people don’t really need a phone that can bend because it’s not practical, at least for now. 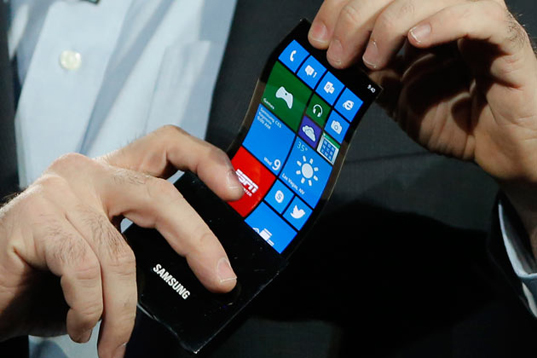 A couple of years ago the South Korean giant was rumored to be working on a curved display and even of a display that could bend. Well in 2014 one of those rumors turned out to be a reality with the Note Edge which had a curved edge on one of it’s latitudinal sides. It was really hyped up because it did not follow the conventions and aimed to be a bit different. In 2015 the company offered the Galaxy S6 Edge which had a curved display and a glass on both of it’s latitudinal edges. And I don’t think that I would be wrong to say that it is not only possibly the clearest expression of what Samsung will offer us as time progresses but also what the future of the whole industry might look like. But is it any good?

With the Galaxy S6 Edge, the company did not make a phone that could bend, but a phone that had an already bent display. What’s the use of it? Why should the consumer shed over a $100 just for a curved display? For this Samsung inputed some extra features exclusive to the curved Edition like the People Edge (Faster way to contact people) and the Night Clock that shows up on the Edge if they are rubbed. These are some really innovative features, but innovation may not necessarily mean useful. However the S6 Edge and the LG G Flex are definitely one of the most innovative and futuristic devices made in a couple of years.

When you will first see a curved TV or a curved smartphone, you will literally be blown away on how good it will feel. But upon spending some time with it you will gradually realize that at the end of the day its just a display and a glass bent from the regular shape, glued to each other and nothing else.
A curved screen is definitely a glimpse of the future and to be honest it seems amazing as of now. The most interesting part however will be to wait and watch what developers do to take advantages of the curves.
I am sure there will be a lot questions in a consumer’s mind about the difficulties on holding the device properly, how would the battery life be affected, what would the viewing experience be like and most importantly Why. As of now we have just begun with an amazing kind of technology, a technology which has a lot of potential to change the world. But as I said, it’s just the beginning and somehow the future already seems to be amazing.