We finally got our hands on UMi Hammer S and to show you what a beautifully designed smartphone it is, we have decided to show images of its official unboxing. We will be describing and detailing all of the features and hardware present in UMi Hammer S just to see if its 9.99 price tag is justified. 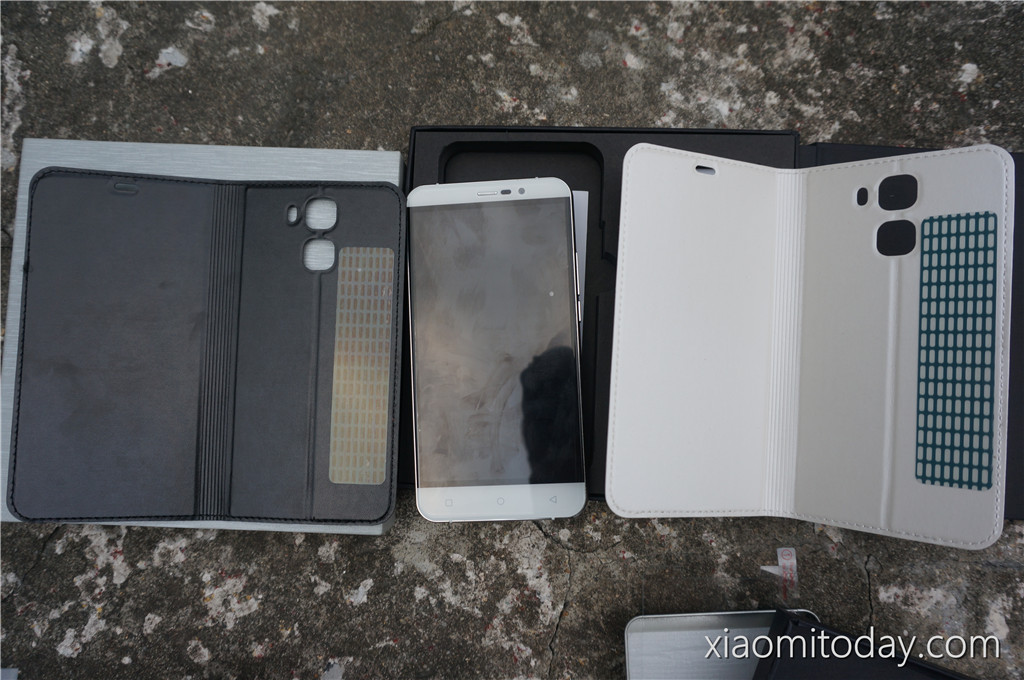 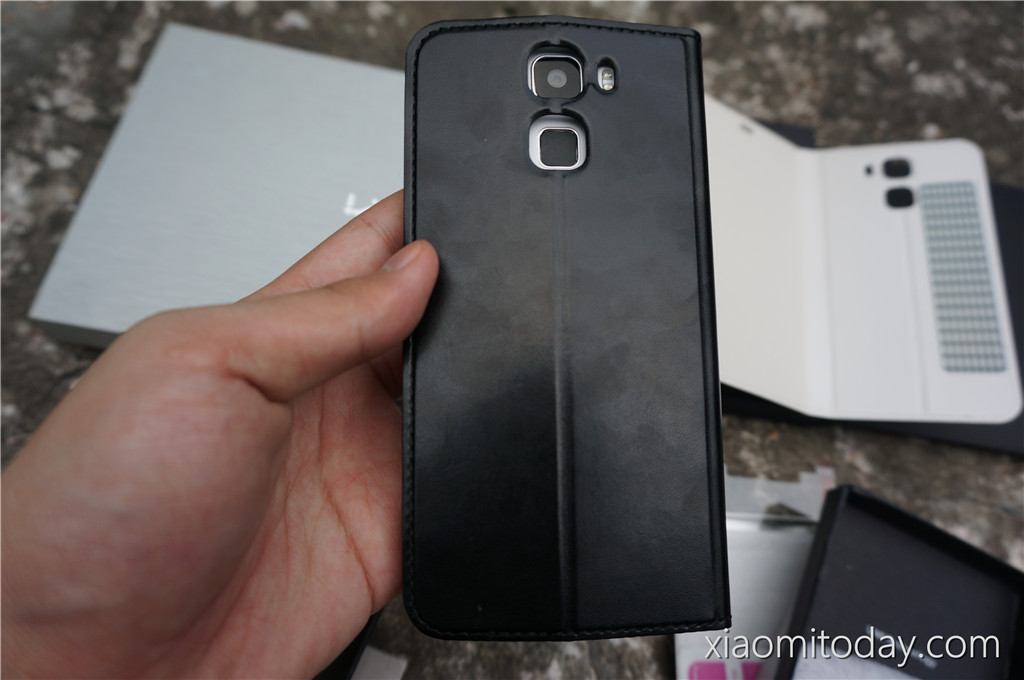 Chinese manufacturers are gradually introducing a professional level of packaging that not only looks very attractive but it has also been designed to protect the smartphone’s sensitive internals and the rest of the accessories from any harm. Ecstatic to see that UMi Hammer S came with a professionally made package, we were also thrilled about the fact that the company gave us more than our fair share of accessories. 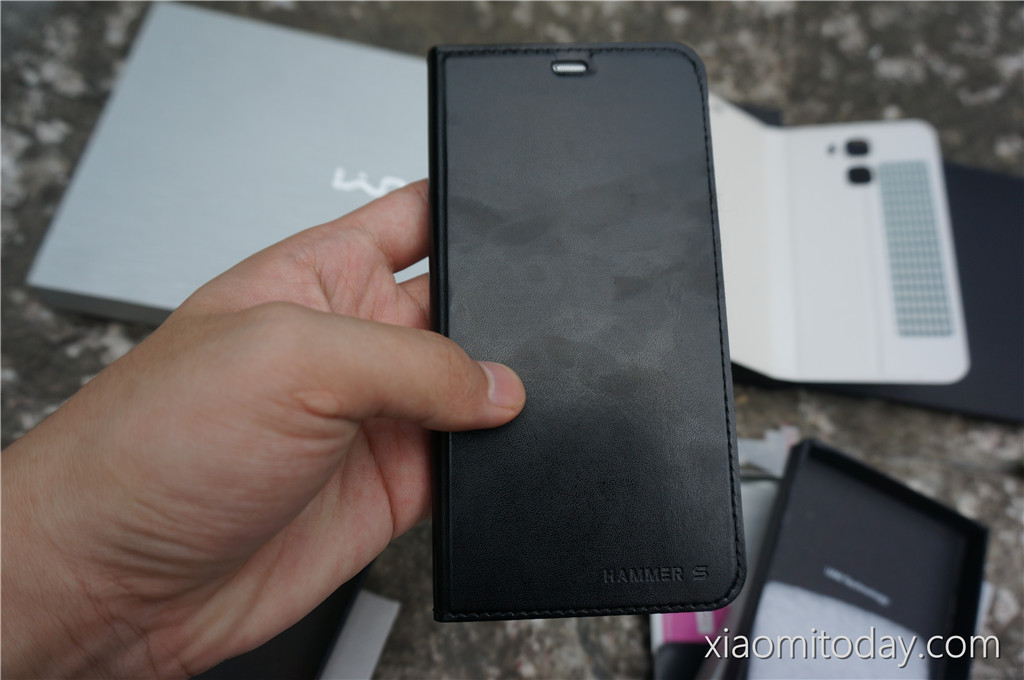 We did not receive one, but two leather cases in black and white colors that would protect our smartphone and give it a nice pleasant look at the same time. Best of all, you can carry out the necessary functions while UMi Hammer S is still present in the case because there are cutouts present at their rear sides, allowing you to snap images without ever having to remove the handset from it, as well as unlock the phone through a fingerprint scanner present right below the sensor. 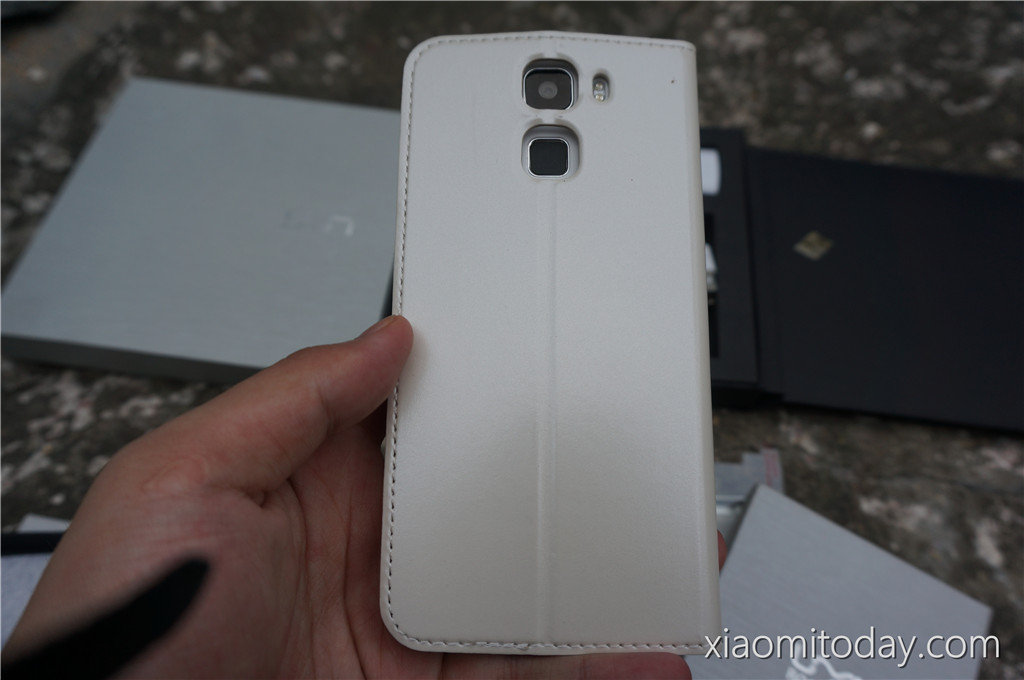 There is also a remote control function right at the top of the smartphone (next to the 3.5mm headphone jack). This has been present in order to control your electronic appliances from your very own handset. These electronic appliances include laptops, smart washing machines, smart microwaves, smart TVs, and many more. The rest of the packaging included a charger with a detachable cable (not just any cable, but a USB-C cable) and an impressively compiled manual featuring several different languages. 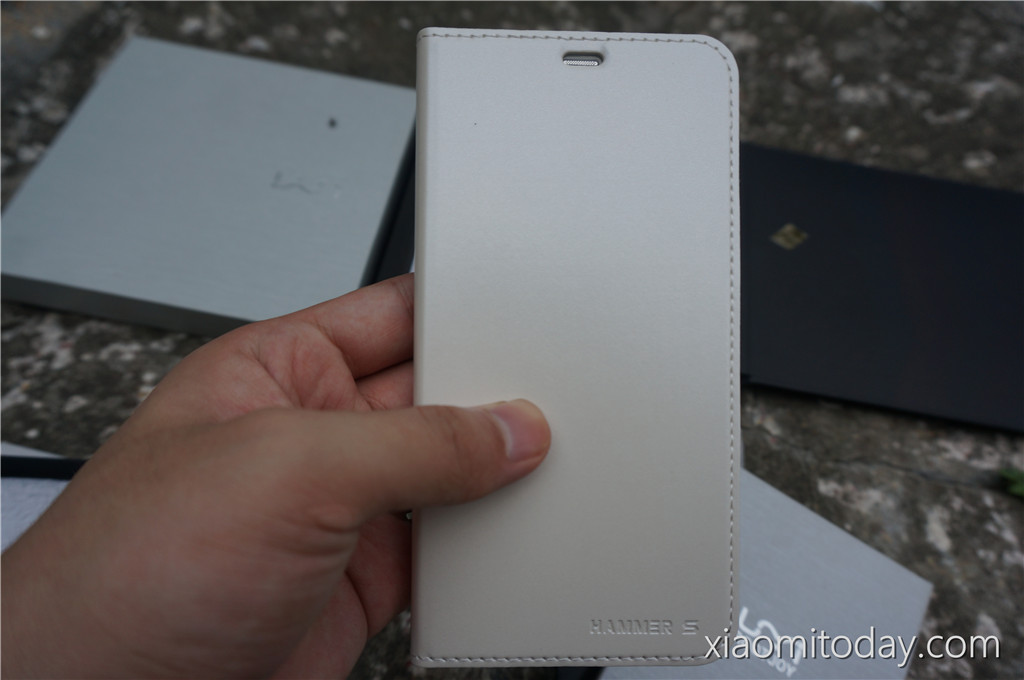 How well is the construction quality of UMi Hammer S? 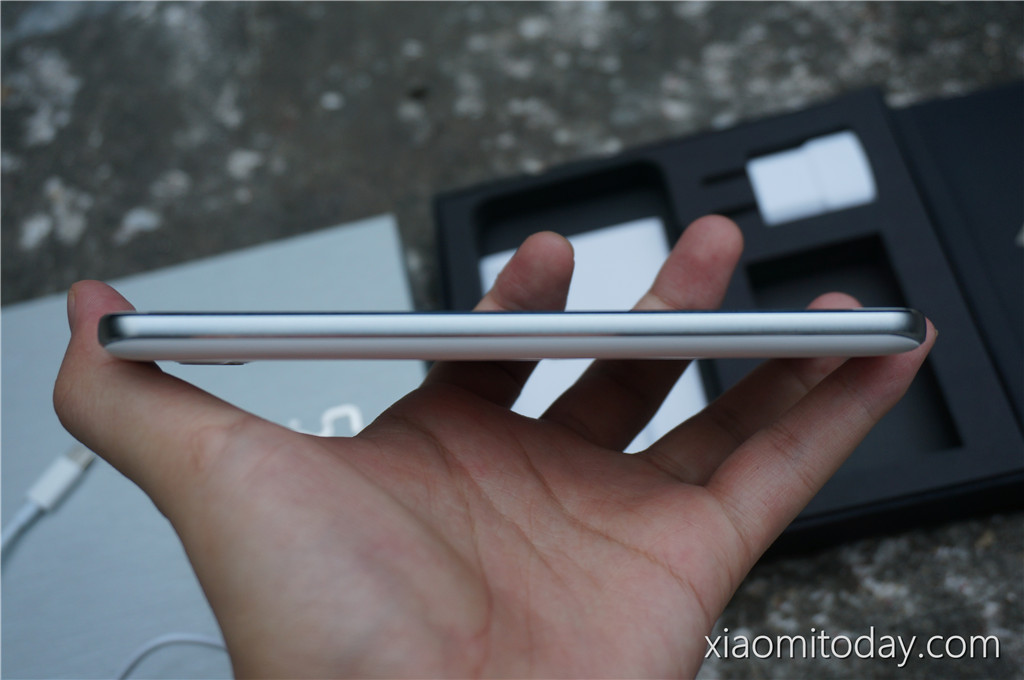 Surprisingly very solid. For a smartphone that belongs to a Chinese OEM (which for some reason have managed to create a terrible reputation of releasing sub-standard quality handsets), UMi Hammer S feels like a well-designed smartphone in our hands and for the good part, it does not feel delicate when we gripped it in our hands. On the outside, the smartphone resembles several renders of what Xiaomi Mi5 is going to look like and has a very clean look to it as well. 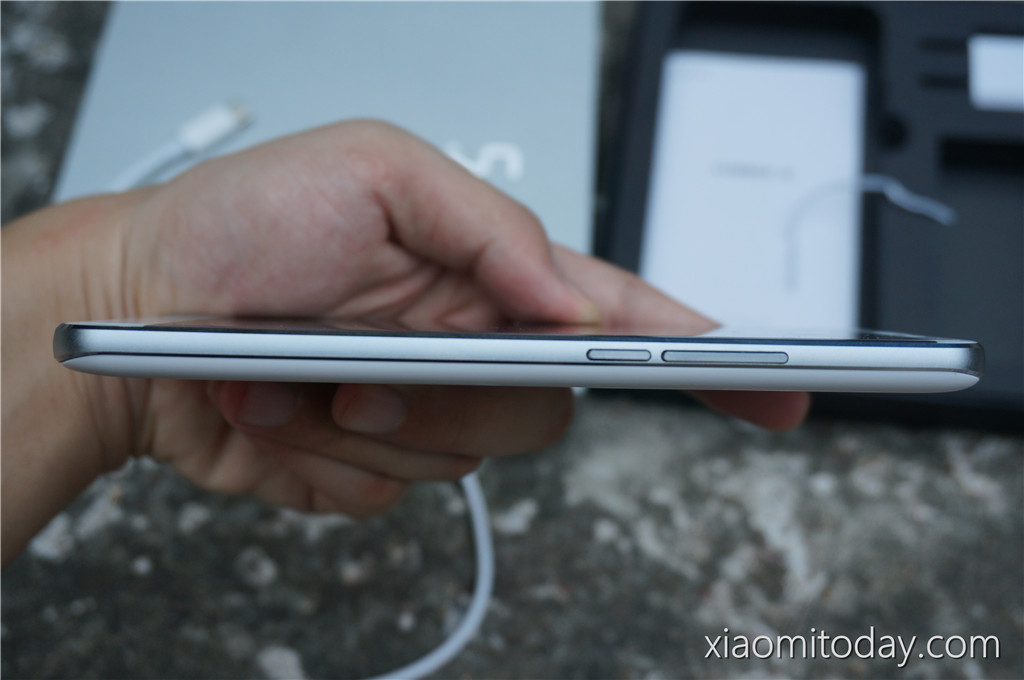 There are absolutely no physical buttons present on the smartphone (expect for the volume and power buttons, which are present on the right hand side of the device). Instead, there are capacitive buttons that resemble the same shapes that Sony uses for its Xperia family. The buttons are highly responsive, but since we are more inclined towards using something that will deliver a tactile feel, we always activate the vibration motor each time we tap on any of the capacitive buttons. 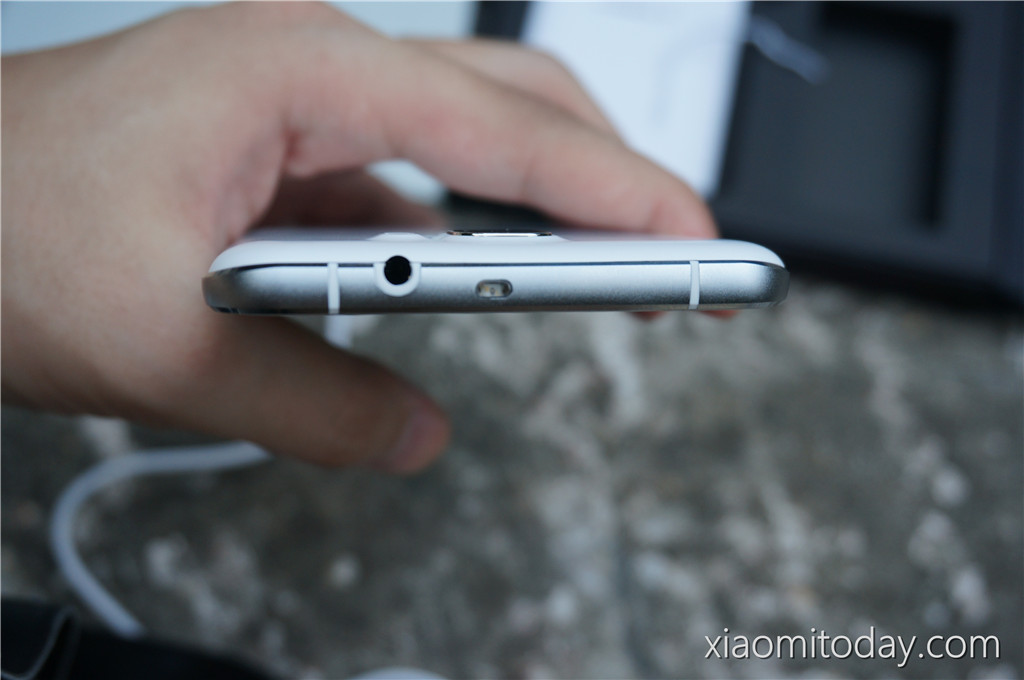 What charging port does UMi Hammer S make use of?

For a mid-ranged handset, it was very surprising to see that UMi Hammer S has a USB-C port present at its bottom. This is the same charging port that is present on Xiaomi Mi4c that we reviewed earlier. USB-C ports have a long way to go before they become a mainstream port present in smartphones but we are happy to see that some OEMs have started to use them in their products. The advantage of this type of port is that it will increase file transfer speeds if you connect the smartphone to a USB port of a computer. We are certain that if you connect the USB-C port to a USB 3.0 port via USB cable, then it will increase file transfer rates even more. 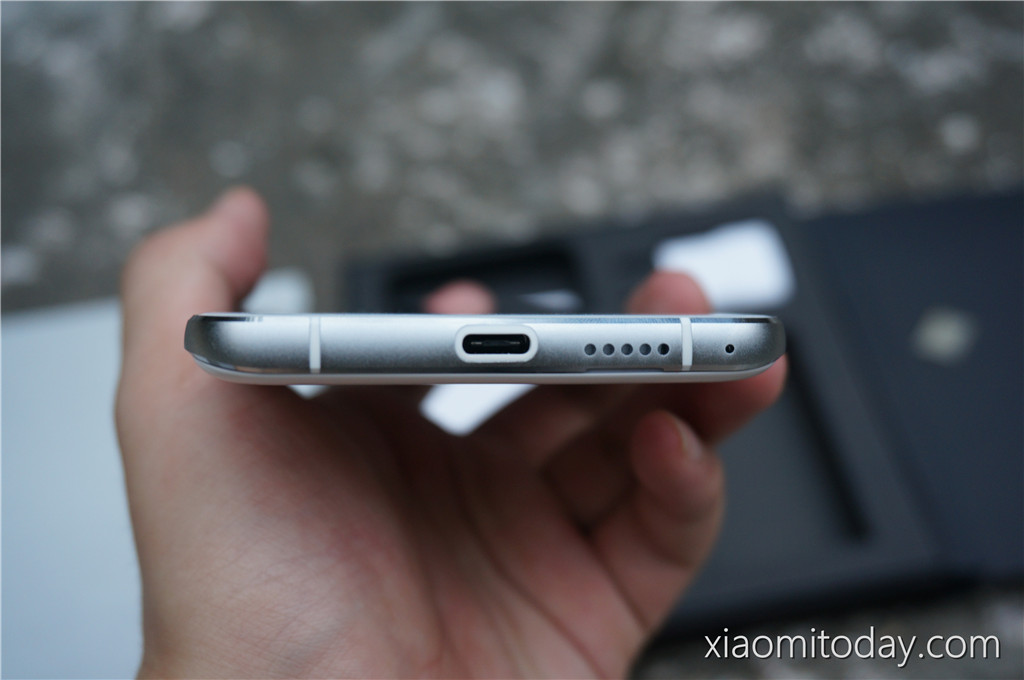 While we were hoping to see the charging port present right on top of the UMi Hammer S with a fair amount of distance between the port and 3.5mm headphone, we cannot complain about this feature because it is highly demanded from smartphone users that require increased speeds when they want to transfer large capacity files across several devices. 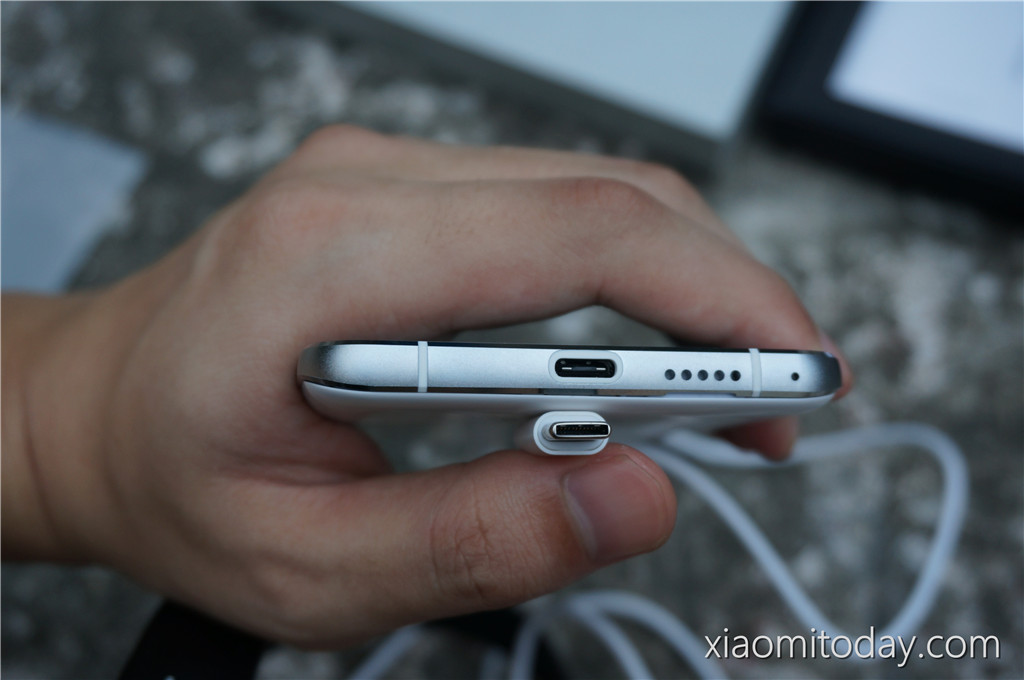 How is the display and interface of UMi Hammer S? 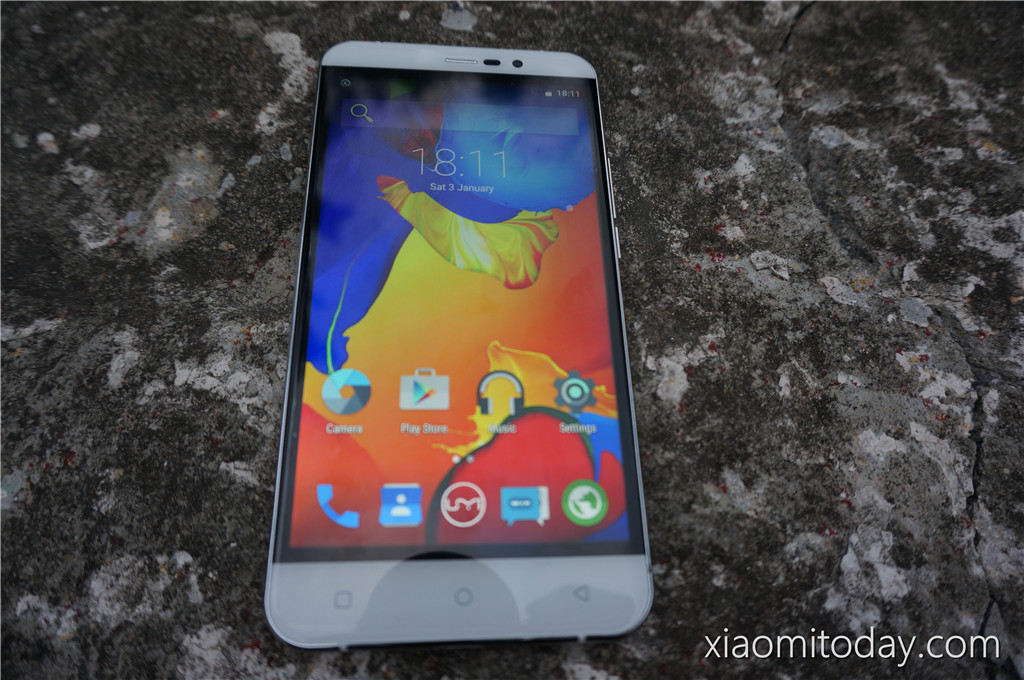 When we immediately took the smartphone out of the packaging and powered it on, we did manage to see a small difference in the total amount of pixels present on UMi Hammer S, or at least till our naked eye could notice. Our suspicions turned out to be correct because the handset has a 1280 x 720 resolution. While most of you will complain about a smaller resolution, let us tell you why the company chose a 720p display instead of a 1080p one. Higher resolutions will obviously require more firepower and will consume more battery life than smaller resolutions. 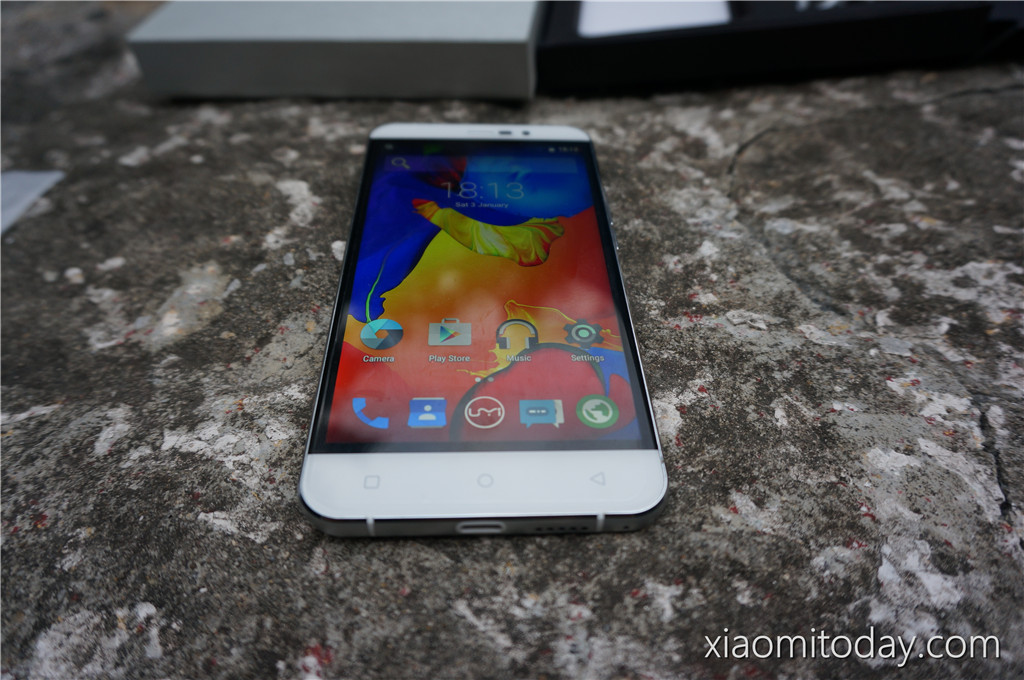 Having a 1280 x 720 resolution present on a 5.5 inch IPS display is considered a blessing because it looks great (if a 5.5 inch screen has a resolution of 720p, then pixels crammed into a small screen will obviously look much more appealing) and is able to give more battery life because less work is required by the processor and GPU to move all of those pixels. Also, games being played on this smartphone will also be rendered on the same resolution, which will result in higher frames per second. 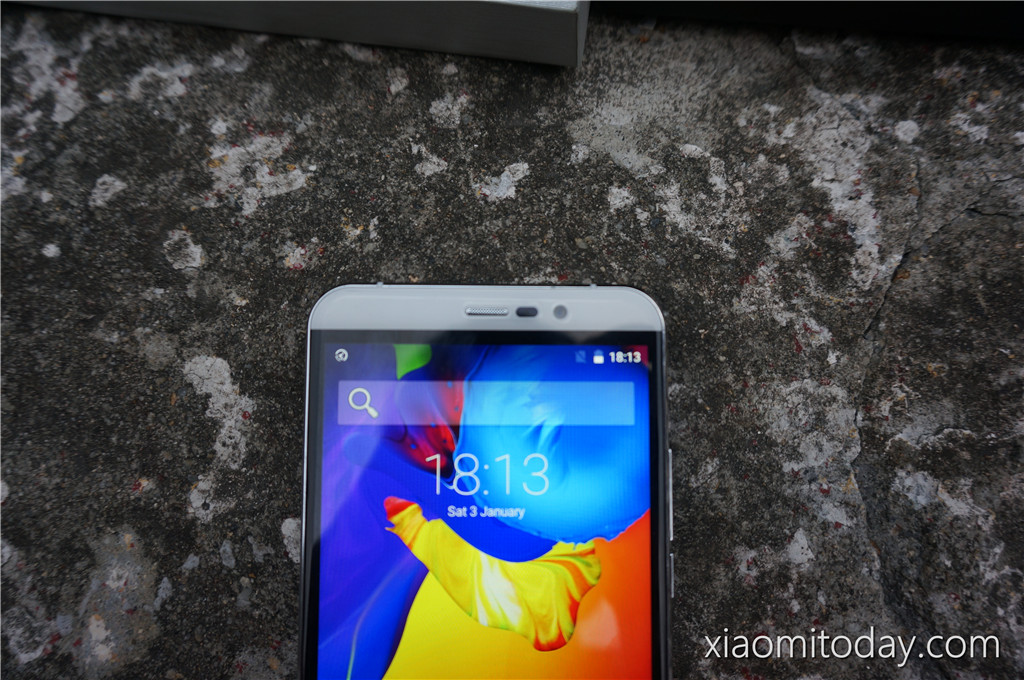 What is the operating system running on UMi Hammer S? 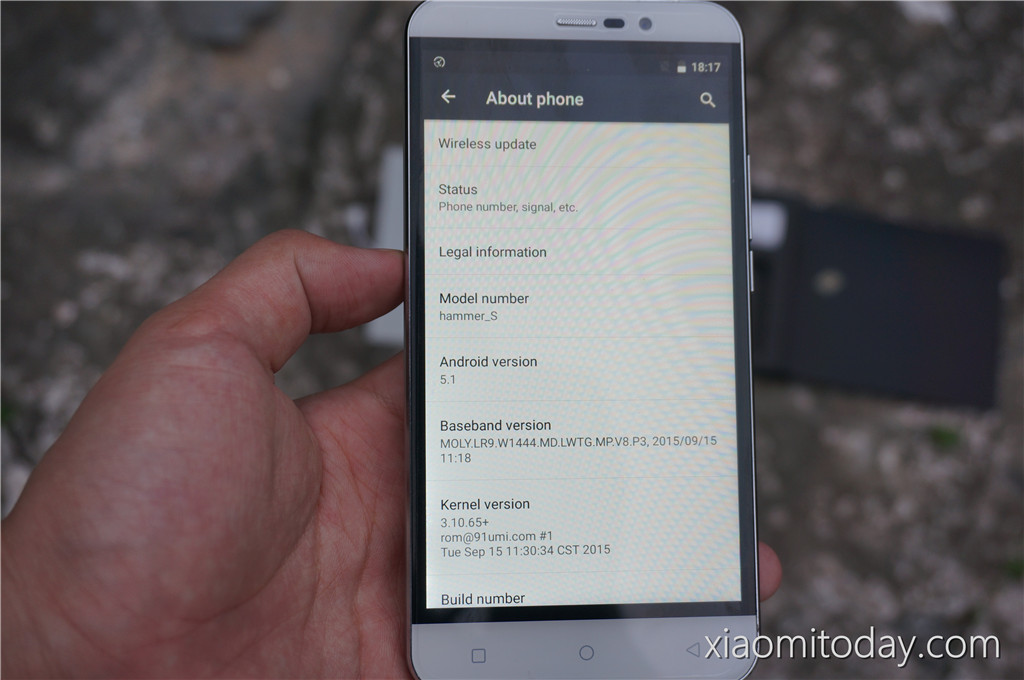 For a smartphone that costs less than $150, the happiest thing a customer will be able to view is a budget handset running Android 5.1. We are certain that if UMi Hammer S is running Android Lollipop, then it could receive a compatible update for Android Marshmallow sometime in the future. But, does an updated operating system have any benefit on the interface of the smartphone. 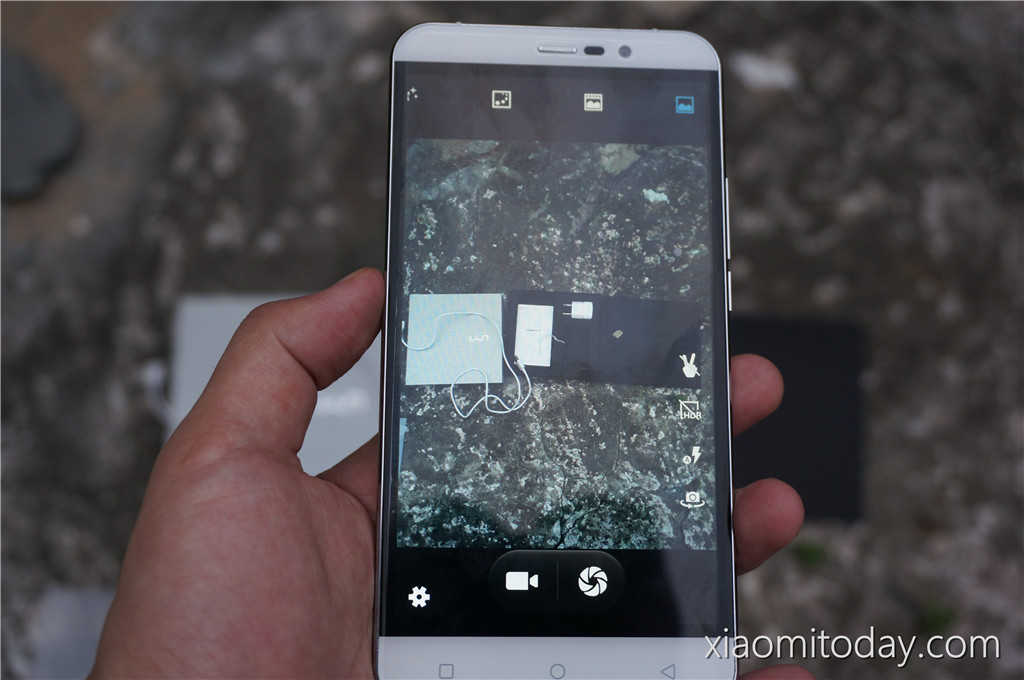 Certainly it does and this is what we believe was the most surprising thing about UMi Hammer S. Normally, a smartphone running MT6735 and a quad-core 1.0GHz Cortex-A53 would lag when running previous updates, but Google’s mobile OS has really improved when you talk about performance and features. 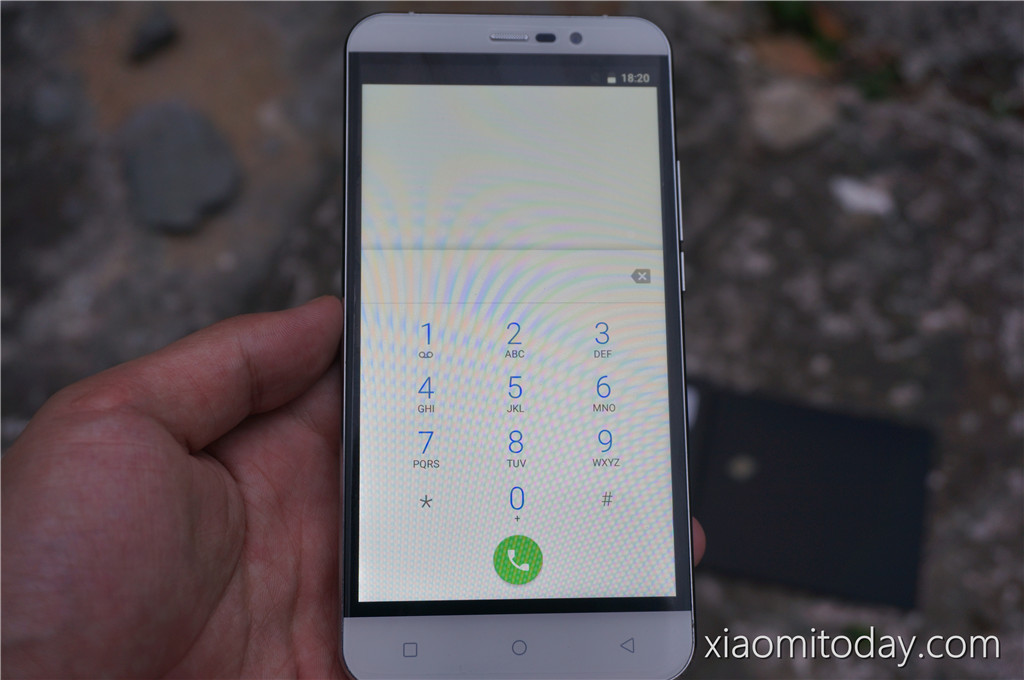 Attention: The internal data of table “5” is corrupted!

So what are our final conclusions of UMi Hammer S? 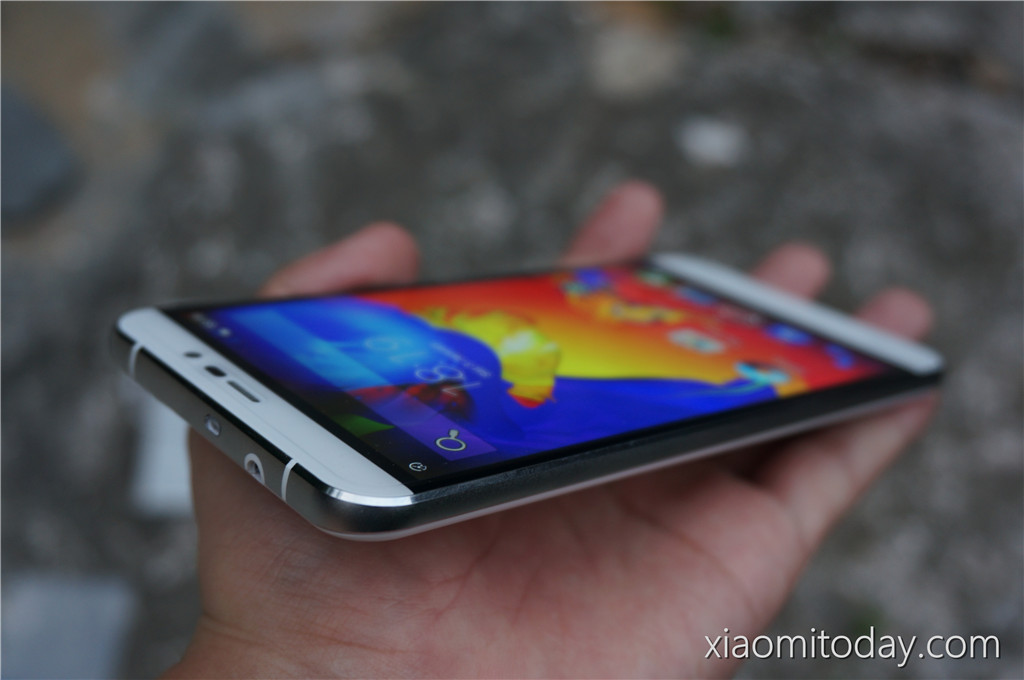 The packaging itself was definitely a positive impression for us because we do not see many companies that give so much importance to it. Also, as you can clearly see in the images, UMi was very generous enough to place in two cases and have its Hammer S feature impressive specifications such as a USB-C port, a fingerprint scanner and a smart remote control function to power on your smart appliances. Its 5.5 inch screen might not be for everybody, but for those who love large screen Android smartphones, UMi Hammer S will serve your purpose till the very end. 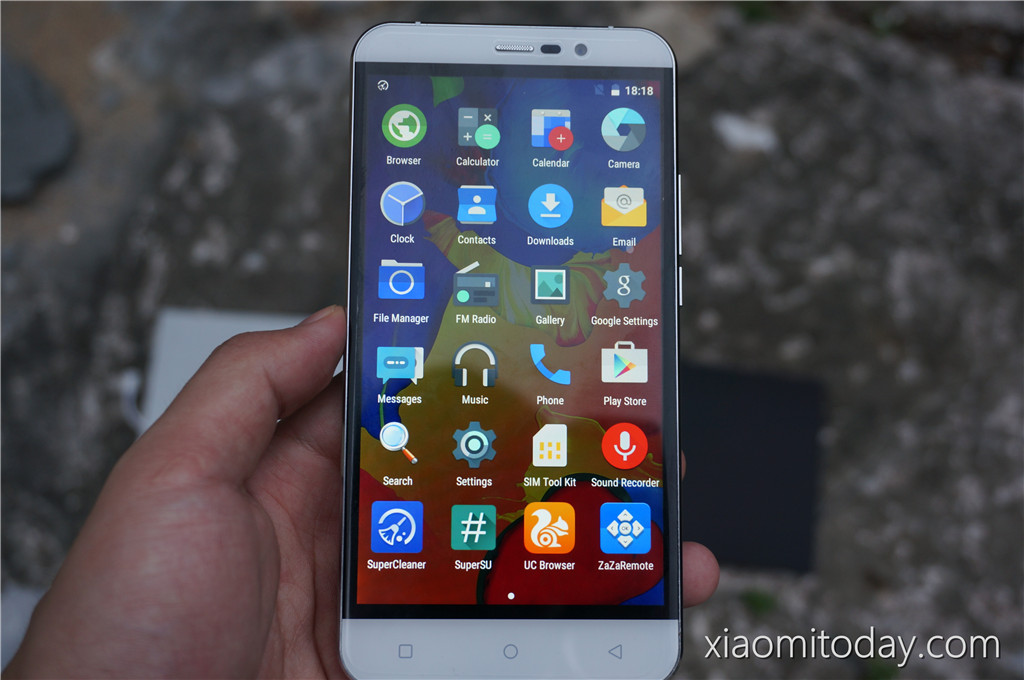 It has mid-ranged hardware but if it is running Android 5.1, we are hoping that the company lines up an update for Android Marshmallow so that we can see more performance improvements in the future. Overall, UMi Hammer S made a believer out of us that a great handset does not necessarily have to cost half of your salary and with its $139.99 price tag, we are finally convinced that great mobile devices can be made for the budget market as well. 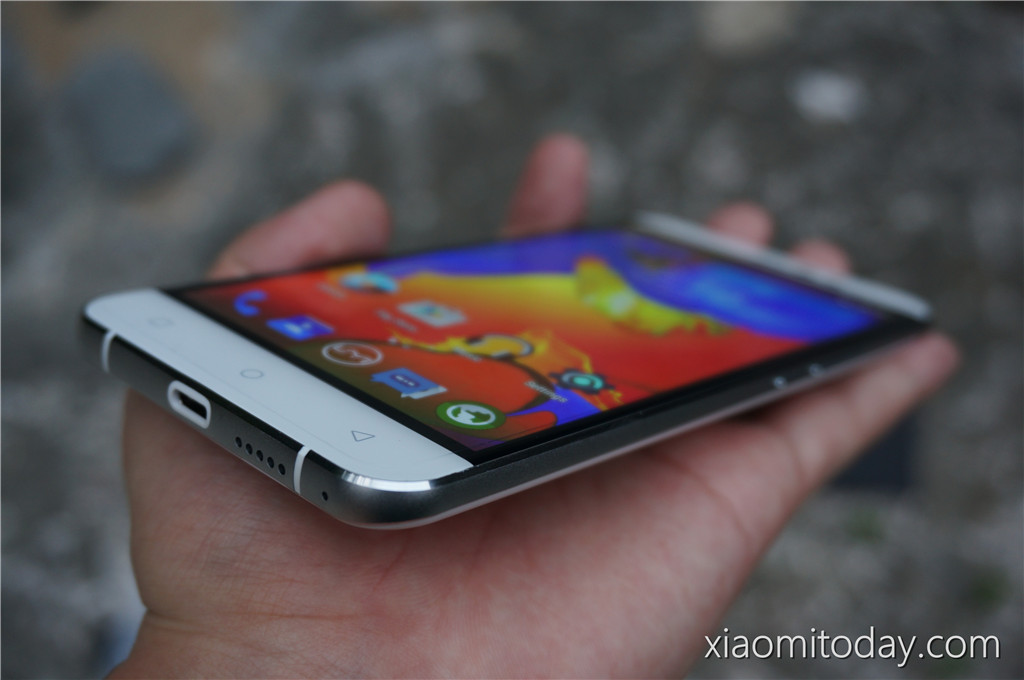