One of the comments from the website also stated that iPhone 7 will have the capability to accept two SIM cards, which is a very handy feature in terms of flexibility. However, one crucial detail that was mentioned as part of the rumor was that volume production is going to be extremely limited of the upcoming smartphone. We do not know how exactly does the individual know such a thing but it is too early to predict the volume production of next year’s iPhone 7. 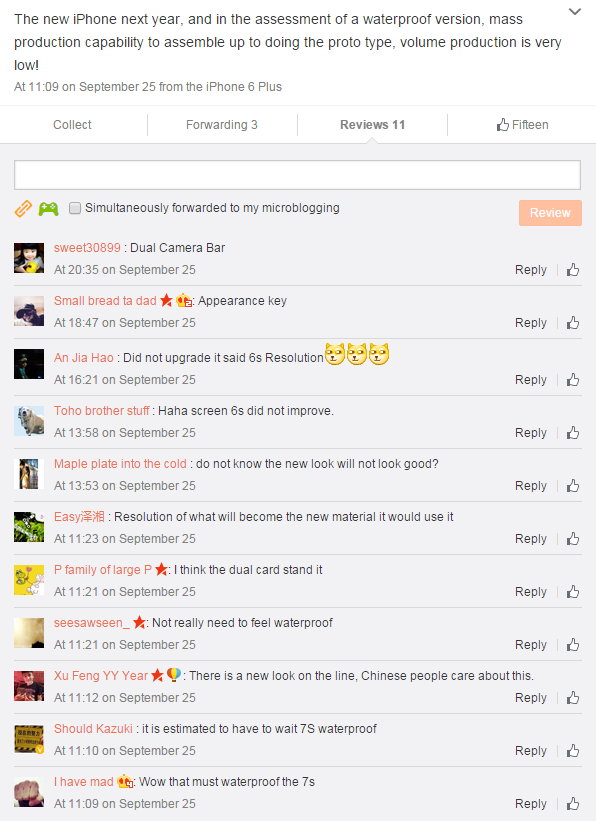 Currently, only Sony’s smartphones are marketed as being waterproof, and that only until a certain depth while being underwater. During this time, Sony has discouraged the use of its smartphones while they have been submerged underwater as it could result in water going inside the output holes and short-circuiting the internal components.

Creating a waterproof smartphone body is going to be a tough task for Apple, since the materials required to make such a body might be hard to come by. Perhaps that is why the rumor said that volume production is going to be limited of the upcoming iPhone 7. Regardless, like we stated earlier, it is far too early to be commenting on such things and when 2016 begins, we will definitely be coming across a large quantity of rumors surrounding iPhone 7.