With Helio P10 benchmarks already released, the very first smartphone shows up on Geekbench running the chipset. As you may all know, Helio P10 is also commonly referred to as MT6755 and is made on the 28nm process. The 28nm process might not be as efficient compared to its competition, but it makes up for it quite well when performance is the primary concern.

According to the Geekbench specification sheet, the smartphone that is running Helio P10 is classified under the mid-ranged category because it has 2GB of RAM, whereas some devices that do not even come into the high-end category possess 3GB of RAM. The resolution of the smartphone is 1080p and has a screen size of 4.6 inches. However, the most interesting thing to note here are the clock speeds of Helio P10. 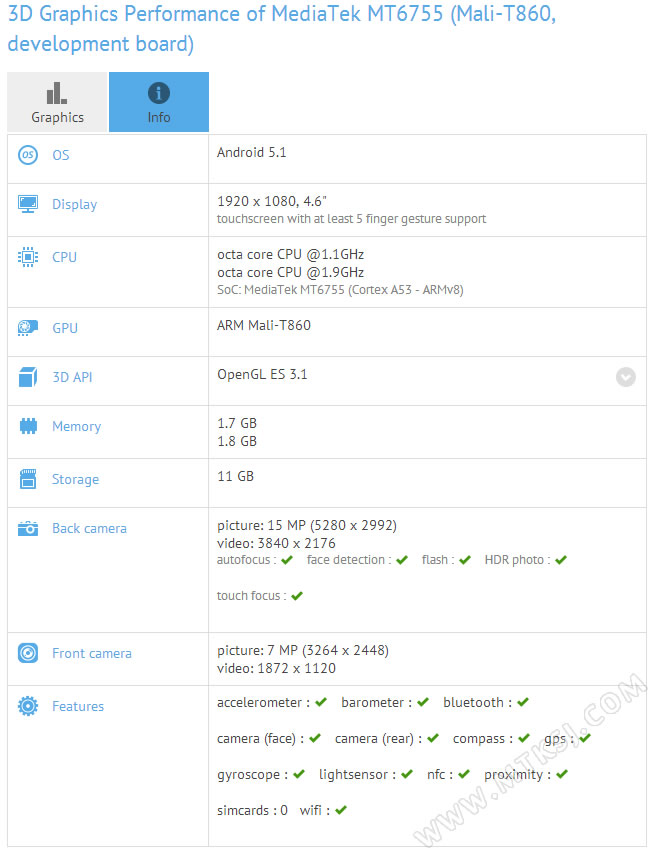 In the specifications sheet, there are two clock speeds given, where one octa-core has been listed to be running at 1.1GHz, and the other chip has been rated to run at 2.0GHz. Either Helio P10 is running ARM’s big.LITTLE configuration, or the clock speed listed is the one when the CPU lowers its frequencies in order to save battery power. 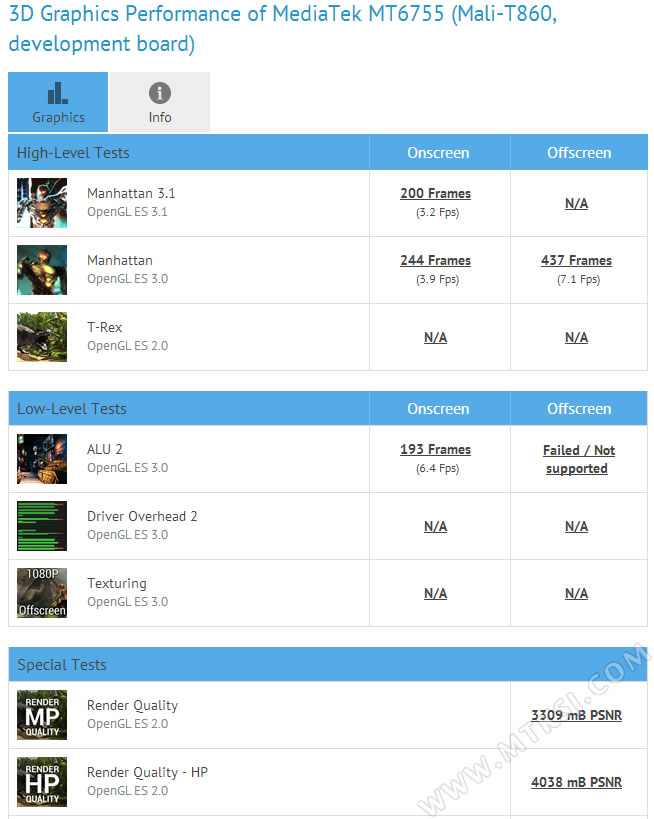 Other details show that the smartphone has 16GB of internal storage, followed by a 16MP rear camera sensor and an 8MP front camera. So far, the source has not been able to identity which smartphone has been listed to run the chipset other than the fact that it belongs to the mid-ranged category and will most likely carry a friendly price tag, assuming that it belongs to a Chinese OEM. If these specification details of the smartphone are indeed legitimate, then we might be seeing Helio P10 in action very soon. 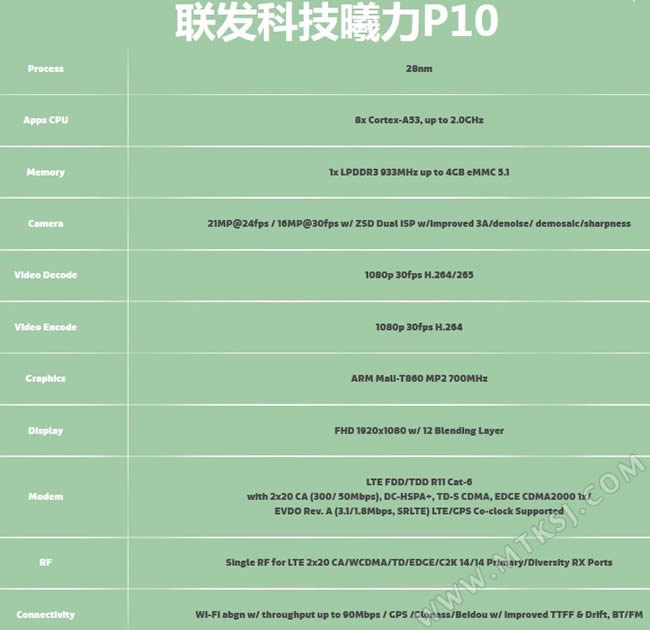 The SoC is undoubtedly faster than Snapdragon 615, which is been deemed as a disappointing product from Qualcomm.