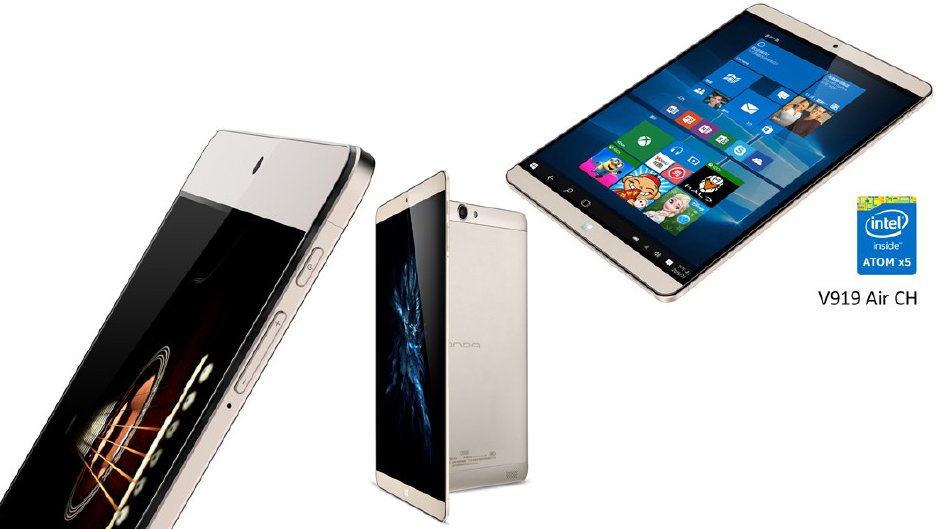 Chinese company Onda is well-known as a maker of affordable tablet computers, and its upcoming Onda V919 Air CH does have the potential to be a solid follow-up to tablets like the V975M.  Even if it’s not the iPad Air clone it appears to be at first glance.

Though some of the specs scream iPad Air, such as the 9.7-inch “Retina” IPS display and 2048 x 1536 resolution, this is actually a Windows 10 tablet.  The device runs on Intel’s new “Cherry Tail” processor – an Intel Atom X5 8500 clocked at 1.4 GHz, with Turbo mode jacking up clock speed to 2.44 GHz.  It comes with an impressive 4 GB RAM and 64 GB internal storage, and it also supports microSD cards up to 128 GB.  So far, so good – considering the 4 GB RAM and all that available storage space, this should make for a nice productivity device, and one that also works as a gaming tablet.

Other specifications of note include a 7,200 mAh battery, a weight of 450 grams, and a thickness of only 8 millimeters.  In terms of design, the Onda V919 Air CH does sort of resemble the iPad Air, which is accentuated by its slim and sleek appearance.  You can also connect a wireless keyboard to the V919 Air CH, allowing it to be used as a hybrid notebook-style device.

There’s still no pricing information on the Onda V919 Air CH, and it’s not sure yet when the slate will be released, but it’s shaping up to be a promising contender in the tablet market so far.