While most people still focus on more established brands such as Jawbone and Fitbit, Xiaomi’s own entry to the fitness band space, the MiBand fitness tracker, has quietly been making waves in the market.  And in a news conference Tuesday night, Xiaomi had some great news to share about its MiBand, announcing that the device has shipped more than ten million units.

Shipments, to clarify, are not to be misconstrued with actual consumer sales, as these are the units made available for purchase, and not the number of units customers have actually purchased.  Even then, ten million units shipped is a cause for celebration, as the MiBand continues to make an impact in the fitness band market.  In August, Xiaomi shipped more than 1.5 million units of the MiBand, which has been out since July 2014.  And the device has been gaining momentum since its summer 2014 debut – it took four months for shipments to reach one million, and less than a year before it beat the six million mark. 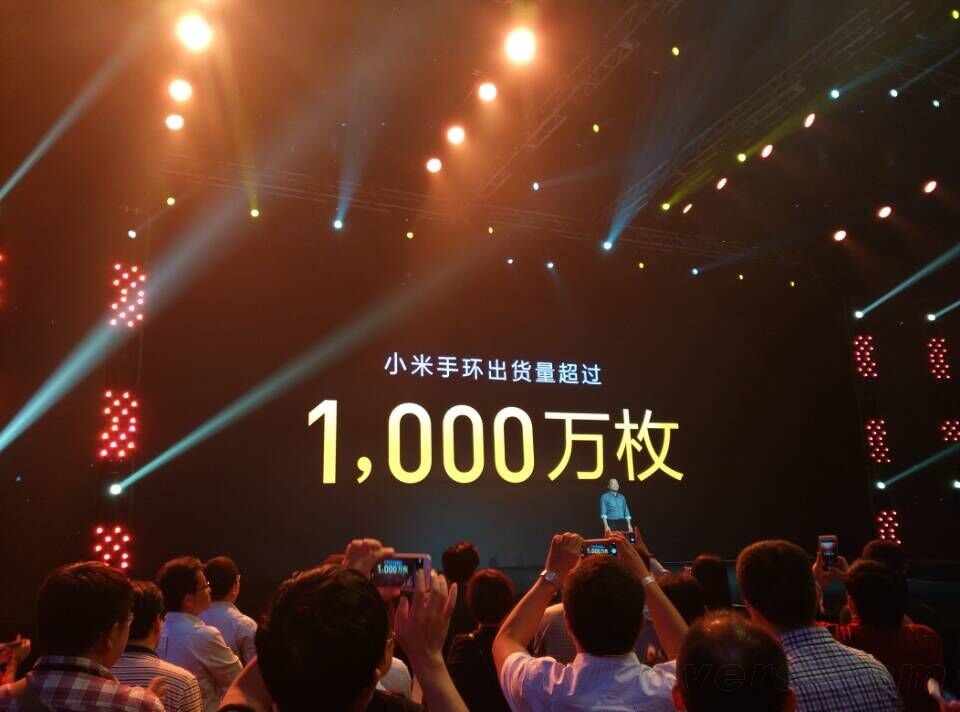 Indeed, one need not look far to find out why the Xiaomi MiBand is so popular.  For the equivalent of less than $13 USD, you can get a simple, yet practical fitness band that tracks everything you expect from such a gadget, including physical activity and sleep data.  That’s less than a tenth of the price of trackers such as the Microsoft Band, and a great deal less than what you’d have to pay for products from Fitbit, Misfit, Jawbone, and other fitness band makers.