When the news of Xiaomi Mi4c was announced, it was reported that the company was going to produce limited units, which is a very good thing since it will not interfere with the sales of progress of Redmi Note 2, which has been selling so well. Now, thanks to the president of the company, we have details that not only is Xiaomi Mi4c going to be unveiled on September 22, but it is also going to feature an affordable price tag, which you will find out soon enough.

Coming to the important specifications of the smartphone, Xiaomi Mi4c is going to be running a Snapdragon 808, and will be available for customers in the 3GB and 2GB RAM models. At this point, the 3GB RAM model will definitely be a better purchase because it will provide additional headroom to users who require more RAM in their smartphones. 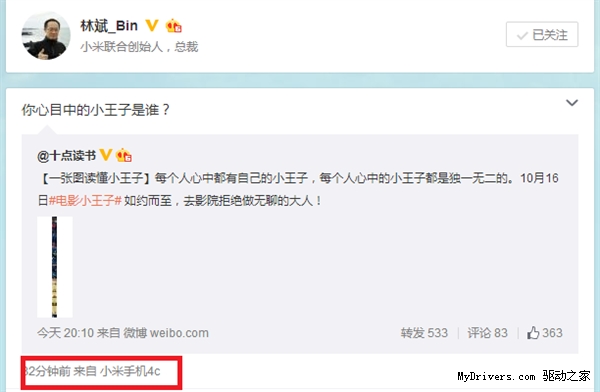 Also, Xiaomi Mi4c will also come in the 16GB and 32GB storage models (32GB of storage will be available if users purchase the 3GB RAM model). One unique feature of the handset is that it will most likely come with a USB-C port, which will not only increase the charging speed, but also increase transfer speeds between devices. A 3,080mAh battery will also be found in the smartphone and according to our previously published report, it is possible that Mi4c will also feature an infrared port.

Coming to the pricing details, a source suggests that the starting price of Xiaomi Mi4c is going to be 1,499 Yuan, which is $235. Since it is the starting price of the device, the 3GB RAM model is going to be slightly more expensive. At this point, we still believe that Xiaomi Redmi Note 2 is much better to purchase because of its unbeatable price tag and killer specifications. It is not every day that you get to play around with a Helio X10 smartphone that costs less than $150.