More benchmarks of MediaTek’s flagship chipset, Helio X20 have surfaced and they are yet another indication of how the 10-core processor present inside it is going to be the dominating force in upcoming smartphones. In terms of performance, Helio X20 trumps the both Exynos 7420 and Snapdragon 810, which was expected, seeing as how both of these chipsets are running Cortex-A57 cores.

Previously, an AnTuTu benchmarking leak showed how fast the SoC was when thrown against Exynos 7420. Now, a larger comparison chart has been drawn up against both of Helio X20’s future rivals, and it is safe to say that smartphone companies might be looking to partner with MediaTek, seeing as how its chipset delivers far more performance and efficiency.

According to additional AnTuTu benchmarking tests, Helio X10 and Helio X20 face off against each other and from what we can make out, the latter is able to gain a formidable lead over its lesser performing brother by a margin of 20,000 points, which is remarkable. Not only this, but GeekBench V3 benchmarks show that when both chipsets are facing against one another, Helio X20 shows 70 percent improvement in the single thread test, while in the multi-thread test, it gains a healthy 15 percent improvement.

Now coming to the tests where Helio X20 is going to face off against Snapdragon 810 and Exynos 7420, the chipset is able to gain huge advantage, as you can clearly see in the image below. Furthermore, a leaked benchmark of HTC One A9, an upcoming smartphone that is going to be running Helio X20, displays that Exynos 7420 is nowhere near in the same performance league as MediaTek’s 10-core processor running SoC. 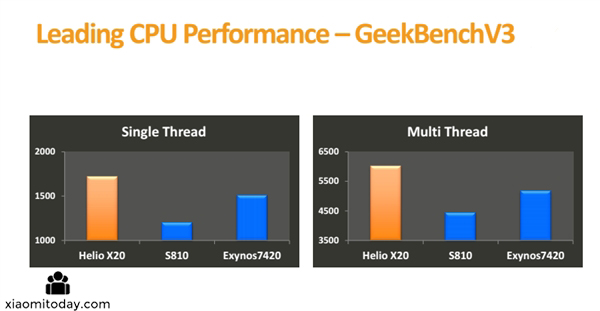 After witnessing these benchmarks ourselves, we are even more excited for Helio X20 to be found in smartphones so that detailed benchmarks can take place and see how it performs against the rest of the competition. 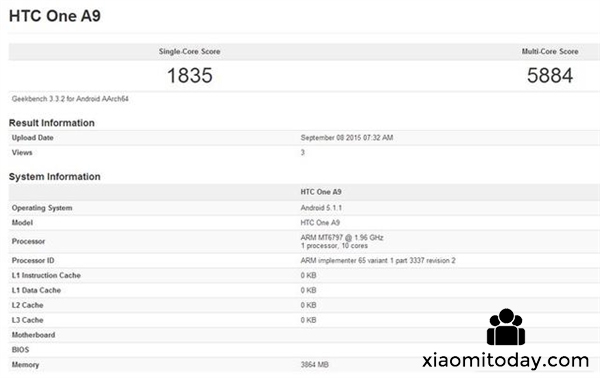