After OnePlus 2, Chinese smartphone startup company OnePlus is expected to announce another smartphone very soon. The primary difference separating OnePlus 2 and the upcoming device will be that while the former was a flagship phone, the upcoming one is going to cater to a whole new market. While there are some who require fast processing capabilities from a handset, there are also those who spend countless amounts of money just to acquire a device whose appearance is unmatched.

According to a source, the CEO of OnePlus, Liu Zuohu has stated in a leaked document that in addition to OnePlus 2, another device is going to be announced in 2015 very soon, and that the company has begun R&D on its upcoming flagship smartphone, which is most likely going to be called OnePlus 3. According to the hardware specifications, it is highly possible that the next handset to be introduced by the company is going to feature a Snapdragon 820. 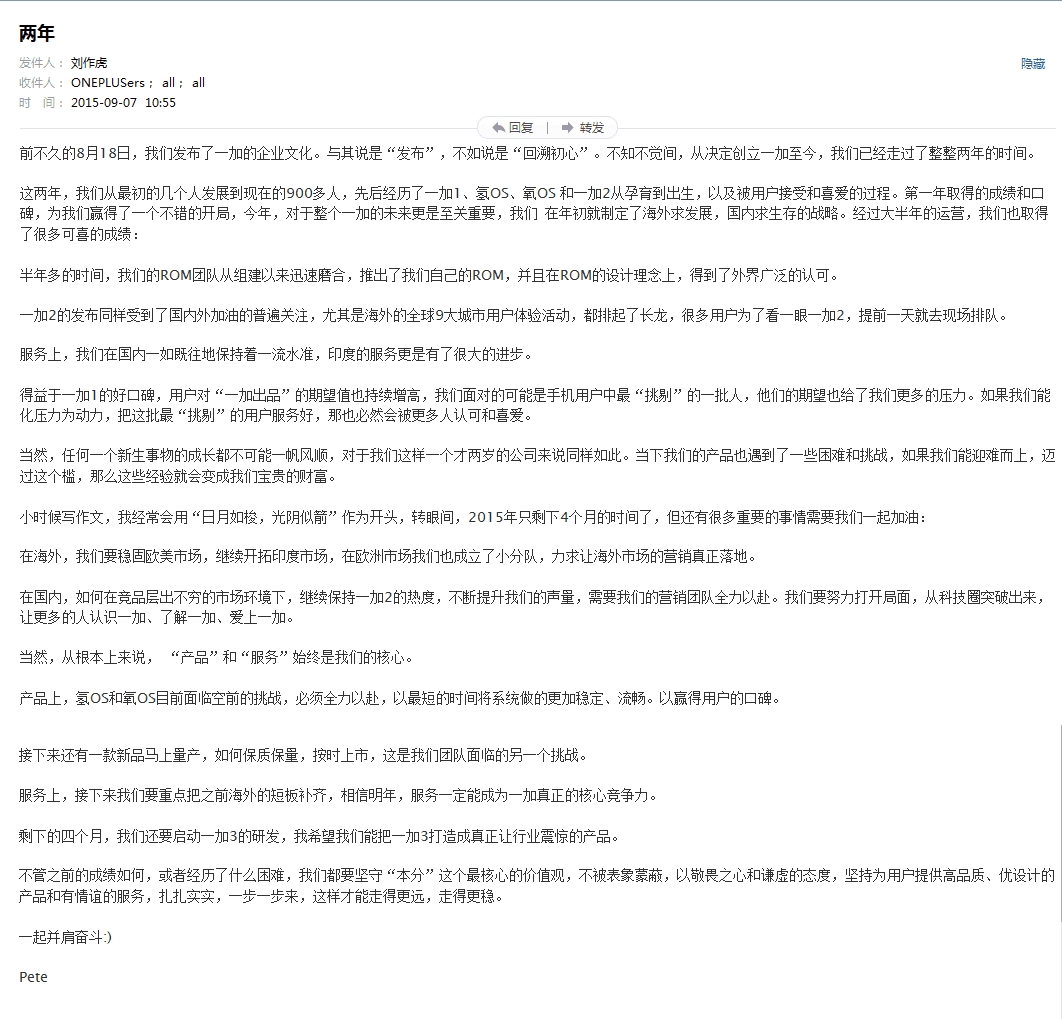 Coming back to the second device that is going to be announced very soon; there are no details concerning its model name, so we are going to have to wait for the later months of 2015 to approach before we get to know more about the smartphone. If OnePlus is aiming to release a cosmetically appealing smartphone, then we are confident that it is also going to feature a very large price tag as well.