Chinese smartphone OEM Xiaomi is aiming to make its upcoming flagship smartphone its best one yet because the latest leaked image coming all the way from China indicates some very attractive features of Xiaomi Mi5. Starting off, as you all know, Xiaomi Mi5 is expected to come sporting a Snapdragon 820 chipset, which is going to be running the company’s own custom Hydra cores that are going to be ARM based.

We expect that the smartphone is going to be just as impressive in the hardware specifications table as it will be impressive aesthetically. From what we can see from the image, the device sports a beautiful and polished finish from the rear side, with a camera lens that is present on the top right side of the smartphone. Additional details that caught out our eye in the image indicates that Xiaomi Mi5 is most likely going to be incorporated with a Type-C USB port, which is the same port that is going to be present in the company’s upcoming Mi4c.

One primary advantage of using this particular port is that it will provide improved transfer speeds when you decide to shift content from one device to the other. We are also confident that Xiaomi will incorporate its own fast-charging feature, allowing the smartphone to charge rapidly in the shortest time span possible. The rear camera sensor is expected to be a 16MP one, while the front one is most likely going to be a 5MP one. 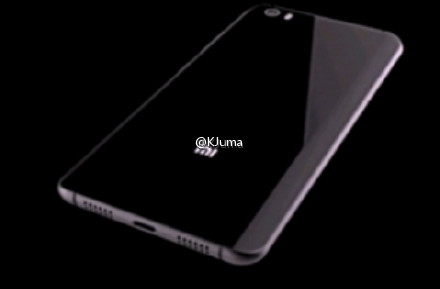 Xiaomi Mi5 is going to be affordable in terms of its price/performance ratio since the company has gained immense popularity because of this business model. While we have no details of its price tag, we expect that will be easily be able to rival that of one OnePlus 2, only this time, it will be featuring improved hardware specifications.