With Chinese smartphone manufacturing companies sprouting at every corner, you can rest assure that you will have a lot of options to choose in the future when you intend on making your next handset purchase. For your convenience, we have compiled a list of the best Chinese smartphones that you can get. Let us begin.

No Chinese smartphone list is ever complete without the inclusion of Xiaomi’s flagship killer: Redmi Note 2. One of the most affordable Chinese smartphones on the planet is also the one that is loaded with very impressive hardware specifications that you will come across in a sub-$130 priced device. To be more precise, Redmi Note 2 costs just $125 and features MediaTek’s powerful Helio X10 SoC. Keep in mind that this chipset is present in smartphones such as Meizu MX5, but costs more than twice the amount of Redmi Note 2. 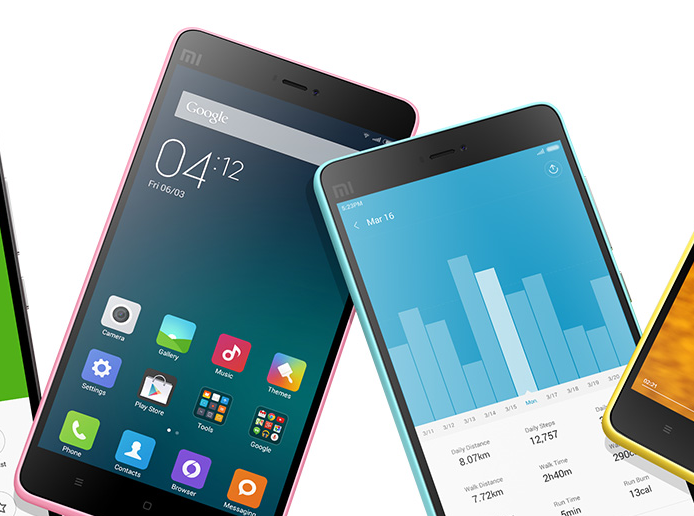 So if you ever happen to be in the market, be on the lookout for the Helio X10 powered Redmi Note 2. It is not every day that you get to purchase a very affordable, yet powerful smartphone.

Complete hardware specifications of Xiaomi Redmi Note 2 can be checked from here.

A newcomer to the market and already garnering a strong reputation for itself, ZUK Z1 features Qualcomm’s Snapdragon 801, which might be a few generations old, but the remaining part of the handset packs very impressive specifications. For instance, ZUK Z1 packs a very large 4,100mAh battery, along with 3GB of RAM, and a 13MP rear camera sensor. 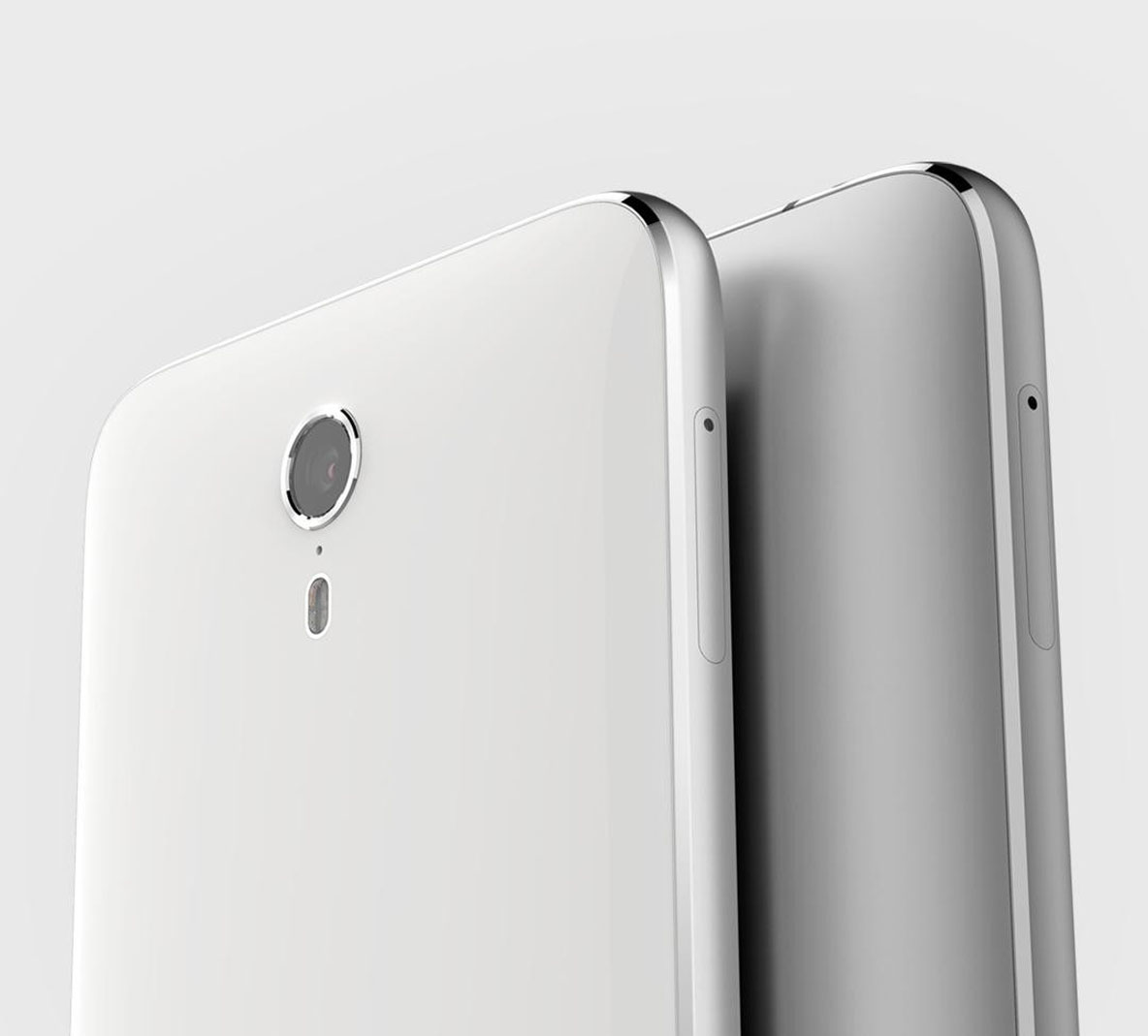 All of these specifications will deliver the most fluid Android experience to the user and to top it all, the smartphone also happens to be very affordable, according to its specifications. Carrying a price of $330 (in China, ZUK Z1 will be retailing for $280), ZUK Z1 will be arriving in mid-October, so if you have your eyes set on this particular smartphone, it highly recommended that you purchase it.

Complete hardware specifications of ZUK Z1 can be checked from ZUK Z1.

Meizu might not have impressed the market with the release of its M2 Note, but the company was able to make amends by releasing its Helio X10 powered MX5. Meizu MX5 might feature the same chipset as the far more affordable Redmi Note 2 that we listed above, but its remaining specifications justify as to why the handset has a $289 starting price tag. Starting off, MX5 has 3GB of RAM present underneath its hood, and its 20.7 MP Sony IMX230 rear camera sensor is able to record 4K videos at a steady 30 FPS, making it a solid product for consumers. 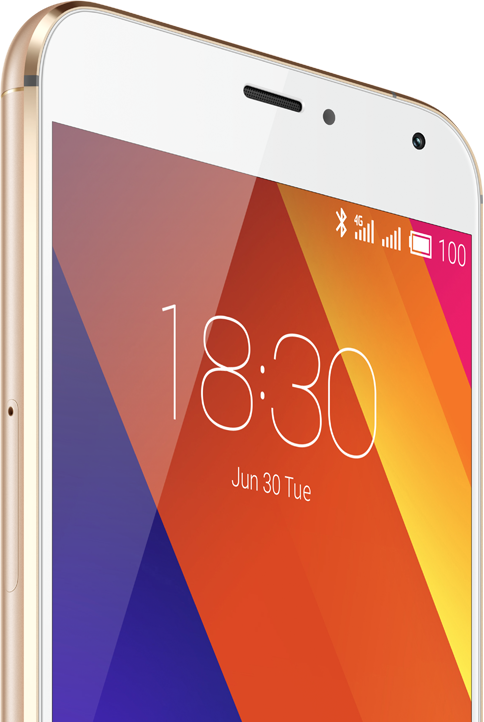 Despite the fact that it does not come with an expandable storage slot, MX5 has a very large battery capacity (3,150mAh) and also possesses a fast charging function. Due to its price tag, the company has also incorporated a fingerprint scanner, in order to add an extra layer of security.

Complete hardware specifications of Meizu MX5 can be checked from here.

Elephone P7000 features some impressive hardware that exceeds those present in smartphones that carry ludicrously high price tags. Additionally, P7000 also provides smartphone consumers with one of the best price/performance ratio. Starting off, Elephone P7000 is running MediaTek’s MT6752 SoC, which is running an octa-core Cortex-A53 processor at 1.7 GHz. Just to remind you, MT6752 is easily able to beat Snapdragon 801, which is present in devices like OnePlus One, HTC One M8 and Galaxy S5. 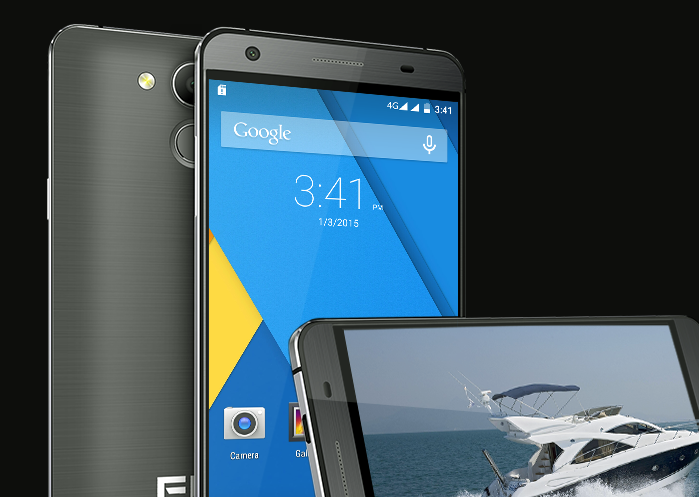 Additionally, one primary attraction of owning Elephone P7000 is that it is compatible with different third party ROMs. Most consumers will believe that any Android powered smartphone will be able to run third party ROMs. While that is true, these handsets also run the risk of getting bricked, along with a large of issues that stem from running custom ROMs that are not officially compatible with a particular handset. This is where Elephone P7000 is able to outshine the competition.

The company has already partnered with several third ROM developers such as Cyanogen and several others to produce ROMs that are specifically catered to Elephone P7000.

Complete hardware specifications of Elephone P7000 can be checked from here.

Succeeding Elephone P7000 is none other than Elephone P8000. Armed with even better hardware specifications, including a massive 4,165mAh battery, P8000 also supports ‘top of the line’ features such as a quick charge function, along with an advanced Touch ID fingerprint scanner to safeguard your valuable information. With a MediaTek MT6753 chipset, which is 30 percent more efficient compared to MT6752 present in Elephone P7000, you will be able to rake out even more battery life from this smartphone. 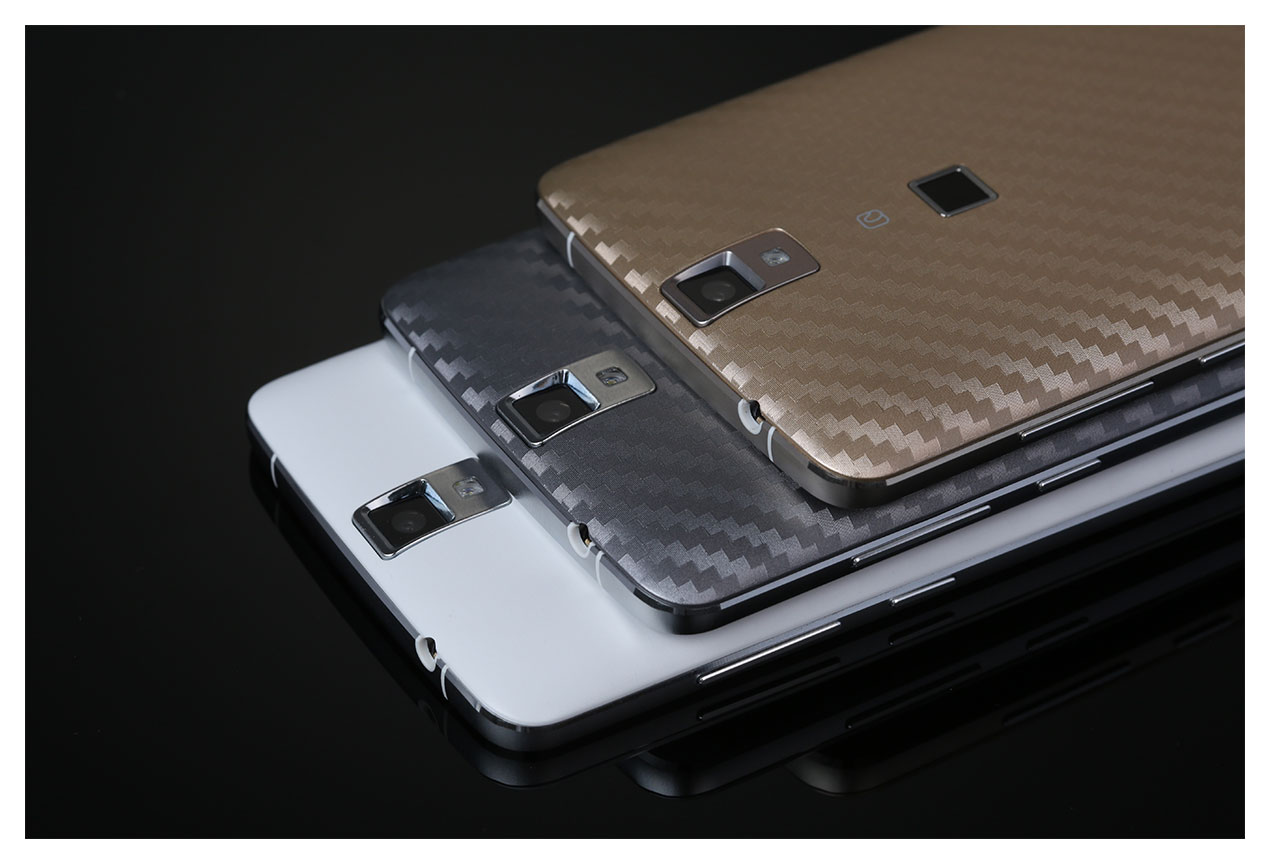 Complete hardware specifications of Elephone P8000 can be checked from here.

The successor of the ‘Nexus Killer’ OnePlus One was announced last month and for its price, it happens to be the most affordable Snapdragon 810 powered smartphone in the world right now. In order to quell the temperature of the overheating Snapdragon 810, engineers from both OnePlus and Qualcomm decided to reduce the clock speed of the processor running inside it. However, that it no way makes the smartphone any less capable. 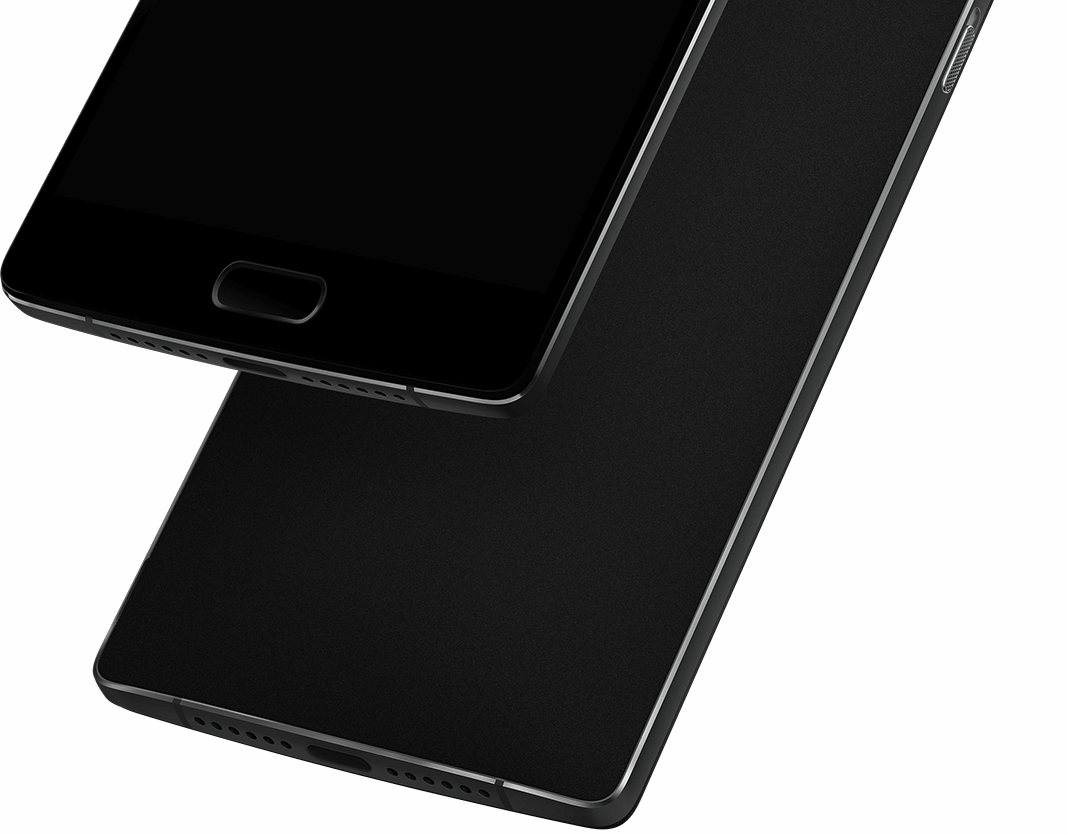 With 4GB LPDDR4 memory present underneath its hood, along with a fingerprint scanner and a 13MP rear shooter that can record 4K videos at a steady 30 FPS, OnePlus 2 also happens to be very affordable, considering that it is incorporated with very impressive hardware. For $329, you will be able to purchase a smartphone that features 16GB of on-board storage, along with 3GB of RAM. If you were to take your budget up to $389, then you will effortlessly be able to acquire the 4GB RAM model that also possesses 64GB of internal memory.

Despite its shortcomings, OnePlus 2 will definitely be racking up a hefty amount of sales when it is officially released soon.

Complete hardware specifications of OnePlus 2 can be checked from here. 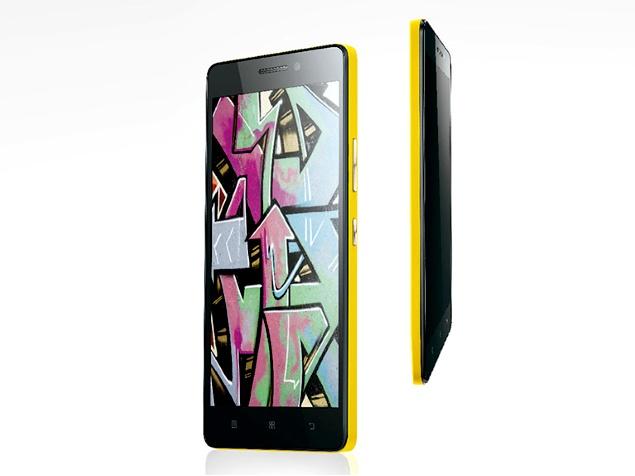 Announced in March 2015, Lenovo K3 Note has already become a very popular handset thanks to its extremely affordable price tag and impressive hardware specs. Perhaps the most notable specification happens to be the smartphone’s MT6752 chipset, which is easily able to outgun Snapdragon 801. Additionally, Lenovo K3 Note also sports an impressive 13MP rear camera sensor, and a large 3,000mAh battery pack. Even after being incorporated with such impressive hardware, Lenovo K3 Note can be purchased for less than $160, which is a terrific deal for consumers looking to purchase themselves a killer smartphone for a budget price tag. 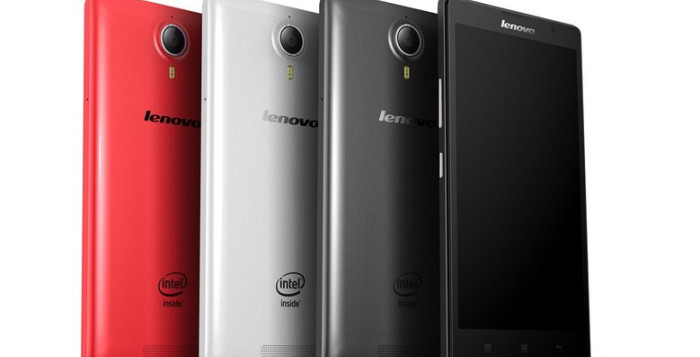 Another smartphone from the Chinese OEM Lenovo is none other than K80. The Intel Z3850 SoC features a powerful quad-core processor running at a clock speed of 1.83 GHz. There are two models of the smartphone. In order to take advantage of multitasking and gaming, it is recommended that consumers purchase the 64GB model, which also comes with a whopping 4GB of RAM. With this much RAM, and with a very affordable price tag, you will never have to worry about firing up multiple applications at the same time.

Complete hardware specifications of Lenovo K80 can be checked from here.

Chinese smartphone manufacturers are dead serious about releasing powerful flagship smartphones that not only boast ‘top of the line’ hardware, but are also feature a very screen size. LeTV Max is the perfect example of a large screen handset that could easily replace your 7 inch tablet while delivering one of the fastest smartphone experiences to the user. After all, the smartphone is armed with a Snapdragon 810 chipset, along with a 4GB RAM and a massive 6.33 inch screen that renders the 1440p resolution. 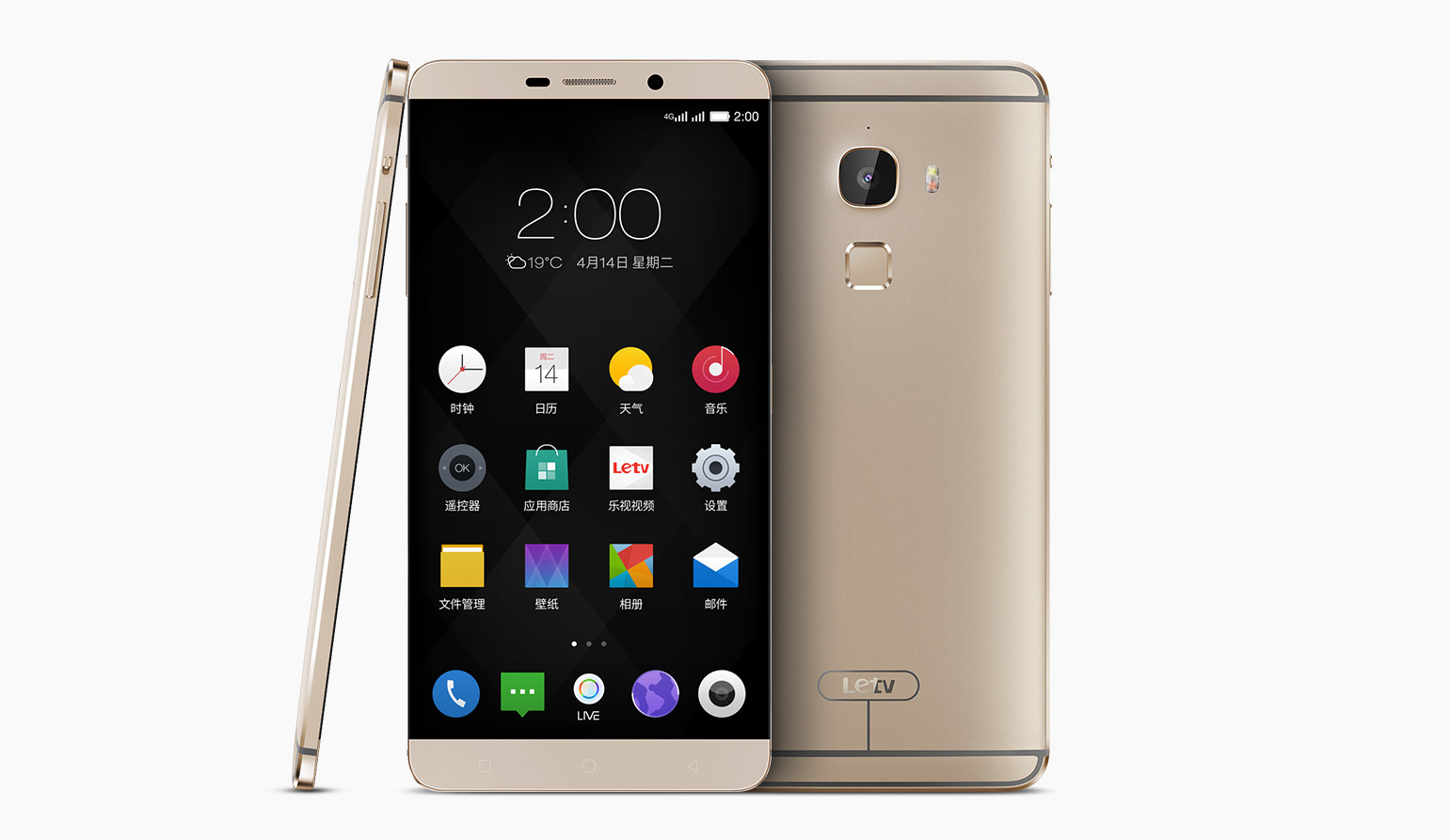 To top it all, LeTV Max is also incorporated with a 20.7MP Sony Exmor IMX230 camera sensor, which is the same one present in Meizu MX5. Though it carries a price of $580, for the hardware present inside it, we are surprised that it was not priced higher than this.

Complete hardware specifications of LeTV Max can be checked from here. 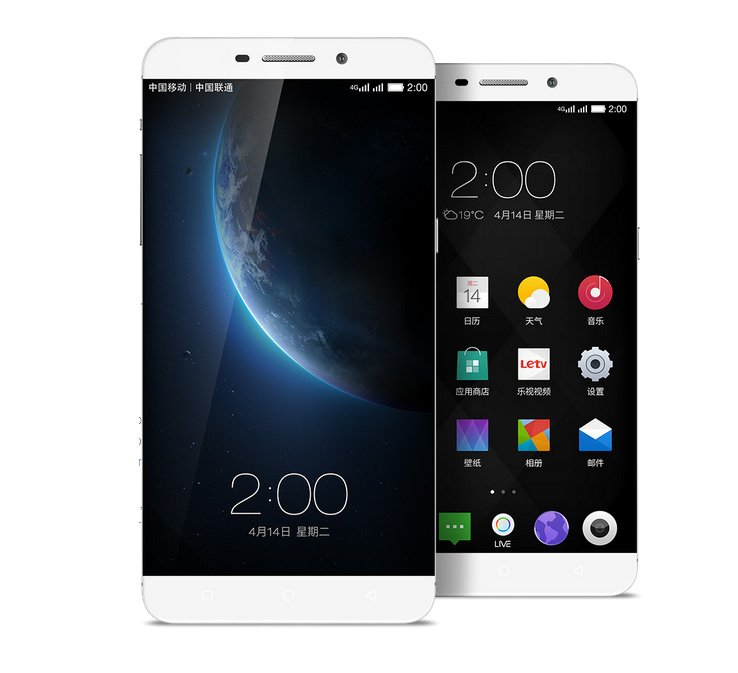 Another smartphone that has become a part of our list is one that comes LeTV once more. S1 Pro features a slightly smaller battery and screen size as compared to the LeTV Max, but apart from that, it is loaded With a Snapdragon 810, 4GB of RAM and a powerful 13MP Sony Exmor IMX214 camera sensor that will really bring out the life in your images. What is even more exciting to see here is that the smartphone is priced very competitively; retailing for $390 starting price.

Complete hardware specifications of LeTV S1 Pro can be checked from here.

After checking out several handsets, we have decided to choose these six as part of our list for the best possible smartphones to purchase during mid-2015. Since all of the smartphones belong to Chinese smartphone manufacturers, you can rest assured that they are extremely affordable in comparison to the rest of the competition. Do take out time to read every specification detail provided in the links. You never know that little bit of detail that you missed out on.