Early this week, Google officially named its 2015 mobile OS series Android M as v6.0 Marshmallow. On 17 August, Google’s Android development team commenced the release of the official final Developer Preview update along with Android 6.0 SDK (Software Development Kit) to programmers. The search engine giant is expected to roll out the final public version with the rumoured LG’s Nexus 5 (2015) aka Bullhead and Huawei Nexus aka Angler late September or early October.

Once the devices are released, the company is expected to deploy the new OS to its previous generation Nexus, and later release it to devices of Google’s OEM (Original Equipment Manufacturer) partners such as Motorola, Sony, Samsung, HTC, Asus, among others.

So far, HTC is the only company which has confirmed that the new update will be released to the One M8. Samsung has vaguely indicated the new Galaxy S6 series will be the first among the Galaxy S series to get Google’s newest sugar-treat update. To provide a better perspective, we have a listed the flagship smartphones, which are mostly like to get the new Android 6.0 Marshmallow.

[Disclaimer: This list of phones we have predicted to get 6.0 Marshmallow update is based on previous Android OS release patterns, so this is not a confirmed list, but a catalogue of probable devices. And some handsets might be missed in this table due to vast number of devices launched in late 2014 and 2015. Even the update release time-line can also get pushed, as the deployment is prerogative to the individual company. Stay tuned as we will be updating this, as and when it develops]

List of Smartphones Likely to get Android 6.0 Marshmallow OS: 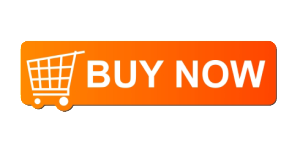