With a brand new chip from Qualcomm, USB Type-C connector & 16MP camera, the Xiaomi Mi5 is forming to become one, if not the hottest device of 2015.  Here is what we know so far about Xiaomi Mi5, as well as 2 new chips from Qualcomm: Snapdragon 815 & 820

Mi5 will sport a 5.3 inch Quad HD display (2560×1440). That results in a pixel-per-inch count of 554. 64-bit octa-core Snapdragon 820 chip clocked at 2.2GHz & 1.8GHz (for high & low performance tasks, respectively) alongside Adreno 530 graphics is responsible for top-notch performance. Pair that with either 16/64GB of non-expandable storage & 4GB of RAM – you have one of the most powerful phone on Earth. Did I mention that it will come at a thickness of 5.3mm, with a significantly bigger battery than the Samsung Galaxy S6 (3030 mAH)? All the usual stuff like Bluetooth, LTE, & dual-band WiFi is present.

Xiaomi is set to equip this phone with the newest version of Android – 5.1.1. It will not be a stock edition – MIUI (supposedly) version 7 will be sitting on top. Optically-stabilised 16 megapixel shooter on the back is accompanied by dual-LED flash. You will be able to record in 4K@30fps, 1080p@60fps or 720p@240fps for that slow-motion. Joining several manufacturers, Mi5 includes a fingerprint sensor which they are calling Sensor ID. We can predict that it is touch based, on back or front of the device. Also, this device joins the OnePlus Two as the only smartphones with USB Type-C connectors. 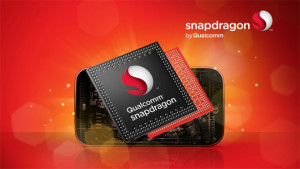 The Snapdragon 820 (replacing 810) will be an octa-core 64-bit chip with Adreno 530 graphics. It will be made by either Samsung or GlobalFoundries & is made in 14mm FinFet building process. After all, the most important thing is performance, and it seems like we are getting a significant gain. We’re seeing 35% performance increase in CPU tests and 40% jump in GPU. As early benchmarks of Mi5 show, it is hitting mid-70 thousand scores on Antutu. Snapdragon 815 (replacing 615) is the one to power mid-range smartphones. It’s almost the same as the flagship 820, 64-bit octa-core based on big.LITTLE architecture (4TSI & 4TS2 cores). Main difference is that it will be built in 20mm process instead of 14mm as seen in the 820. This cuts costs significantly, allowing it to be used in cheaper devices.

ALSO: Blue stacks Download for your device from here! 😀