According to the Green Orange X1 Pro benchmark leak, the device is able to score more than 80k in AnTuTu. Just to remind you, if a device is able to obtain this high a score, then it obviously means that it will feature a chipset that is far more capable than Exynos 7420, which is present in devices like Galaxy Note 5 and Galaxy S6 Edge Plus. Coming to the leak at hand, Green Orange X1 Pro is able to score a total of 83,744 points. 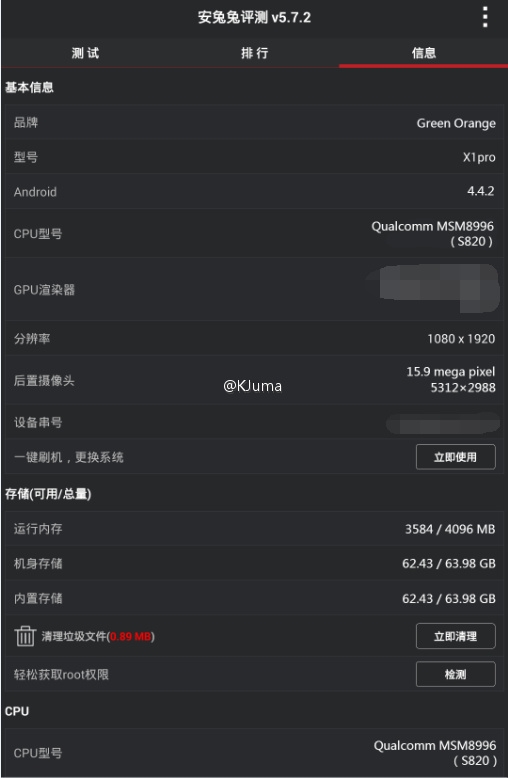 From what we can gather from the specifications table, Green Orange X1 Pro sports a Snapdragon 820 SoC, along with 4GB of RAM and 64GB of on-board storage. These are very impressive specifications to say the least, which is probably the reason why the smartphone was able to achieve such a high score. According to additional details, Green Orange X1 Pro also features a 16MP rear camera sensor, but the surprising thing about these specs is that the smartphone has a screen resolution of 1080p and is running an old Android OS update, KitKat 4.4.2. 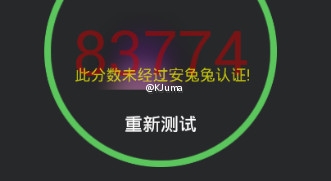 It is possible that when the device is officially released, it will be running Android Marshmallow, assuming this AnTuTu benchmarking leak turns out to be true. Obviously, we will be keeping an eye out for more details and hope that the device ends up being released sometime in the future. As for the pricing details, the source did not care to specify any such details but taken that it will be a Chinese OEM releasing the smartphone, we should expect something that will go easy on our wallets.