Xiaomi is a name that needs no introduction in the budget smartphones with killer specs market. With the likes of devices like the Redmi 2, 2S, and the newest Prime, Xiaomi has been flooding the budget smartphone market with devices. One of the more popular line up from Xiaomi, the Redmi Note series has been stale for a while, and that changes now, the company just announced the successor to the Redmi Note, the Redmi Note 2. Following in the footsteps of the original Note, the Note 2 has the same 5.5-inch panel on the front, but this time with a 1080p FHD display.

Despite the phone being priced only at $125 for the base model, it’s rocking the MediaTek Helio X10 Octa-Core chip. Same as HTC’s M9+ and the upcoming rumored phone, both of which cost more than thrice as much as the Redmi Note 2’s price. Coming to the rest of the specs, the phone has a 13MP f/2.2camera module on the rear, and a 5MP f/2.0 sensor on the front; the back camera can do phase-detection AF, which is faster than regular focus. There are very few devices on the market which can do this right now. The front camera has a sensor with large 1.4um pixels which means that it should perform better in low light.

Being that the phone is so affordable, Xiaomi managed to sell 800,000 units in under 12 hours. The current status is un-available until the next batch of devices are available, which will be ready for purchase on August 24th.

Arctic monkeys announced that 800,000 units for a domestic mobile sales under 12 hours is a brand new record. For Xiaomi this is a huge achievement given that the company just recently, went global, into countries like India, Indonesia, Brazil and Philippines. 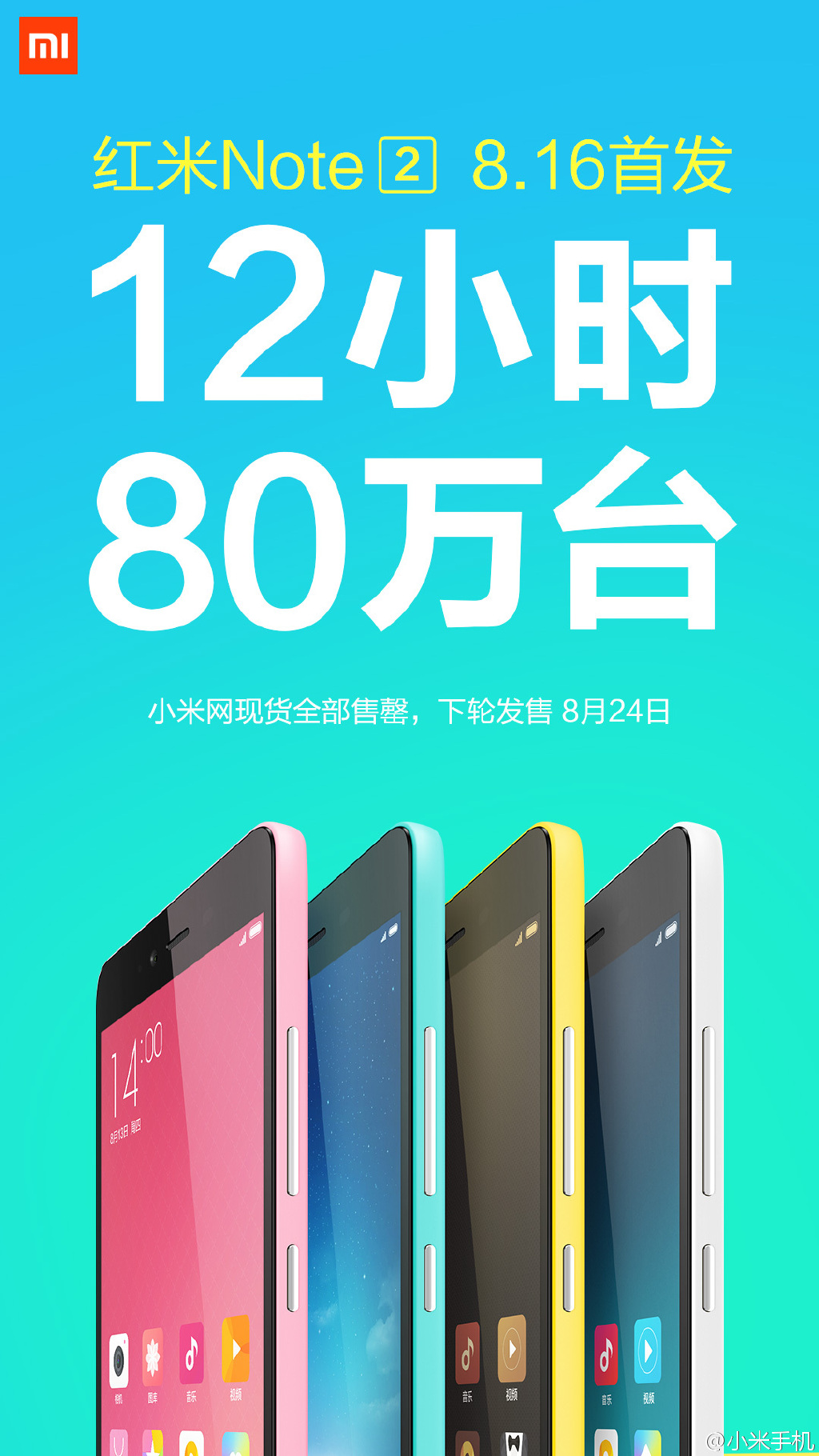