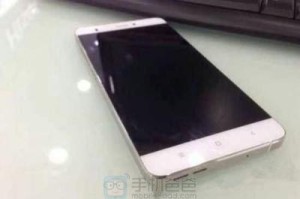 There are many rumors that surround the Xiaomi Mi5 but in this case, images filtered seem real.

After the presentation of brand OnePlus 2, as expected by the end of 2015 is the official launch of Xiaomi Mi5. Before that occurs, have been leaked specifications have not yet been confirmed by any official voice of Xiaomi.

However this time it seems that it is serious and that these photos that we will show below could be true and would be the new Xiaomi flagship. 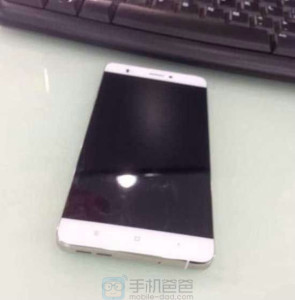 As you can see, the picture is not of a high quality but you can see perfectly at first glance that the screen fills the front without leaving room for the edges, providing more space.

On the other hand, it maintains Mi4 Xiaomi capacitive buttons at the bottom but differs in favor of the new flagship to include fingerprint reader. We are grateful to make it easier and faster to unlock this chinese mobile.
Although the picture can not be seen at all, if you follow the line of the new smartphones top model being presented in 2015, could have the new USB connect Type-C with which the battery charge is made much as faster data transfer.

Among the specifications that are expected to have the new Xiaomi MI5, have the Snapdragon 810 processor version 2.1 to prevent overheating, 3 or 4 GB of RAM LPDDR4 possibly a battery around 3,000 mAh and 32GB ROM storage.

The camera leaves the biggest question is that after seeing how strong has bet OnePlus with the OnePlus 2 is expected that Xiaomi seeks to strike a blow on the table.

In late-August you may be begin reporting from Xiaomi specifications, price and date of release. We are aware to keep you informed of new flagship Xiaomi Mi5