For people who’ve never heard of Blackview in their lives, the company happens to be one of the up and coming vendors of smartphones, and is based out of China. The company has also expanded its product portfolio recently to launch a couple of attractively priced Go Pro style cameras, called the Hero 1 and the Hero 2.

Coming to the company’s bread and butter smartphone operations, much like it’s competitors Xiaomi and OnePlus, which are currently the leaders of the ‘bang for the buck’ category of phones right now, Blackview aims to join in by introducing the Alife P1 Pro, which offers jaw-dropping features at an equally jaw-dropping price. What’s more, the company’s marketing and the technique of sales is also similar – the online flash sales method, which has left many users happy, having gotten hands on an (arguably) rare phone, and many more unhappy, as ratio of demand to supply is outrageous. Nevertheless, here are some of the key features of the Blackview Alife P1 Pro: 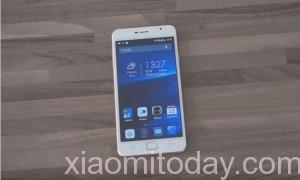 The phone can be obtained through a flash sales method from August 3rd to 23rd. By the looks of it, Blackview has certainly made a good approach towards attracting more customers by adding various schemes and discounts such as getting the phone plus a bunch of goodies for flat 0 on Wednesdays at 8:00 GMT (Only 10 phones), and giving it for 9 (only 100 phones) on Mondays, Wednesdays and Fridays at 8:00 GMT. If you still do not get these, the phone is still available at a very low price of 9.

Buy from gearbest  8% off coupon  for phones ?BTS4G
Leave a Reply