Chinese smartphone maker Elephone has released quite a few great value-for-money phones of late and the latest offering from the company seems to be no exception. The Elephone P8000 comes with a stunning design and pretty great hardware specs, considering the $160 price-tag it comes with. The phone follows a long line of very decent value for money offerings of late, which include the likes of the Elephone G1 and the P7000. 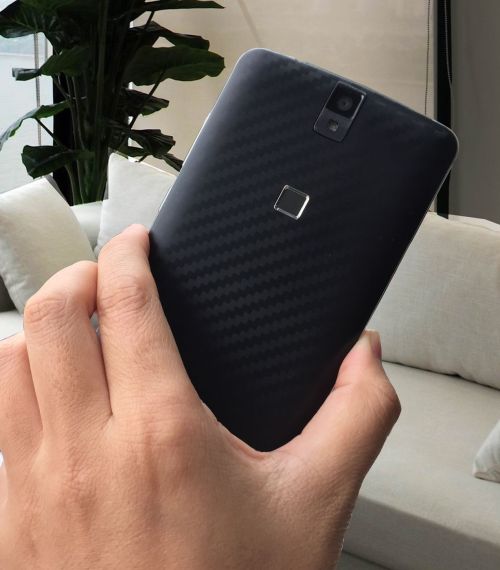 Build Quality: Elephone has clearly come out with a well-built, structurally solid and yet, elegant looking device. The brushed metal frame continues uniformly around the body of the phone, and houses the 3.5mm headset jack on the top and volume and power buttons on the side, along with the microUSB slot. The volume rocker is situated on the left side while the power button is on the right, which is a standard configuration. There are no rattles or visible panel gaps.

The Display Panel: The display resolution of 1920 x 1080 pixels and 401 ppi density, the display looks crystal clear and features an RGB stripe pattern to keep the clarity above average for the price range. At 400 ppi density, and effective resolution as high as possible. Colors look realistic and neither over-saturated nor washed-out.

Performance: MediaTek’s newest lineup of 64-bit octa-core processors are remarkable and continue to impress irrespective of device they’re powering. The MT6753 gets fairly high scores in every benchmark and also impresses in real-world usage as well. Memory speeds are significantly faster than any other device in this price range. The overall feels fairly snappy, and certainly outshines anything that you’ve seen in this price-range.

Apps and Gaming: Every app and game runs very smoothly on the phone, with no frame drops between animations and a consistently high framerate in every game. The only strange thing is the UI, which at times tends to drop frames even when just pulling down the notification shade. Multi-tasking is a strength of this phone, as you’d expect from a device with this much RAM and a nearly stock Android 5.0 Lollipop UI doesn’t hurt the phone’s snappiness either.

Battery Life: Coming to a very important aspect, a persistent bugbear for modern-day smartphones seem to be the battery life, but not with the Elephone P8000. The huge 4,160 MAh takes care of that, and the phone comes with longer-than-usual battery life. Any regular user should comfortably get over 6-hours of on-screen time with this device, if not more. Yes, even with a 1080p screen.

Network Support: The phone supports a world-mode-modem, meaning many international network bands of leading global operators are supported by the P8000.

User Interface: The one absolutely great news about Elephone is that like Motorola and OnePlus, it happens to be one of those rare breeds of Android device makers who doesn’t add too many interpretations of its own to stock Android firmware. That to me, is singularly the most impressive feature on the brand and its offerings. Everything in the UI remains the same compared to Google’s stock Android UI, including the overall theme and color. Even the launcher looks similar to the Google Now launcher for the most part, but doesn’t have the constant presence of Google Now on the left side. There’s no pre-installed bloatware mercifully, and the only apps that have been installed are the ones required for basic functioning of a smartphone like a dialer, a browser, a message app etc.

Biometric Fingerprint Scanner: Now this is definitely one of the highlights in a super affordable phone like this one. This obviously is a big selling point for the device and is an Apple-type fingerprint scanner that’s fast, accurate and easy to use. The scanner is located below the camera opening on the back of the phone and ensconced inside a dimple, which makes it easy to find. The great thing is that Elephone doesn’t just use this to unlock the phone, but they’ve also added a way to biometrically protect apps by asking users to identify themselves with their fingerprint ID before letting them use those apps. This is a great victory for security and privacy and very well thought out by Elephone.

Cameras: Finally, coming to what’s slowly but surely becoming one of the most important decisions to buy a smartphone – the imaging prowess! While the P7000 came with the Sony Exmor IMX214 sensor, the successor has chosen Samsung’s S5K3L2 sensor and the results are pretty decent for a device this price. The images are not going to compete with an iPhone 6 or a Galaxy S6, but the colors look vibrant, and has just the right amount of exposure in most lighting conditions. While images in the dark does carry a bit of noise, images in natural light does tend to make up for that slight shortcoming. The videos shot at 720p seems a bit smoother, but both seem sharp enough, although, recordings in the dark could be a little clearer. Overall, the performance of the camera considering the price is stellar with fast picture taking on auto, great white balance, accurate colors and great overall clarity level. The HDR mode works as advertised for the most part.

The Last Word: A fantastic build and great specs together with a great price make it hard not to recommend the Elephone P8000. With a 1080p display, fast processor, class-leading RAM and a whole bunch of sensors, the overall performance of the phone actually goes beyond a lot of Samsung, LG and Sony phones twice its price. Even the audio output is decent enough from the device. The fact that the phone comes with mostly stock Lollipop is yet another positive for the Elephone P8000. All in all this is a great phone which you should definitely consider if in the market for a $200 smartphone!