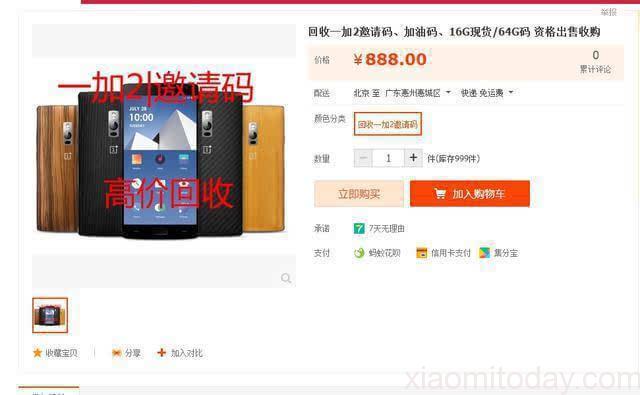 If the craze for Oneplus one, the ‘flagship killer’ phone that broke all records of a bang for the buck phone with specifications rivaling that of the Samsung Galaxy S5 at a price that is less than half of what the Galaxy S5 costs, it’s successor, the Oneplus two, have released a similar form of craziness amongst the people to buy it as a person just bought the oneplus 2 invite code for buying the phone at a price of 888 yuan, which is around 143$!

Yes, nearly 143$! As ridiculous as that sounds, it’s still true. And to tell the truth, we aren’t that surprised as the phone offers some serious specifications for a price of 300$ (for the 16 GB variant): 3GB RAM (4 GB for the 64GB variant!), a 13 MP camera with OIS (Optical Image Stabilization), 1.8 GHz quad core Qualcomm processor, and much more.

OnePlus two has received a lot of good reviews in some of the most popular review sites online, and rivals the Note 4 and the iPhone 6 in terms of, well, literally everything. This itself is a huge feat to achieve given the cutthroat competition in the smartphone industry nowadays.

Buy oneplus 2 now without an invite
Leave a Reply