The National Radio Administration Bureau in China has announced the approval of a list of devices from Huawei, bearing the model numbers ATH-AL00, RIO-AL00 and CRR-CL00, all of which are said to be powered by the Kirin 930 chipset, designed in-house by Huawei.

While the ATH-AL00 model supports all network bands in China, the CRR-CL00 supports GSM / CDMA200 / TD-LTE AND FDD-LTE networks with dual SIM, dual 4G capabilities. As of now, the identity of the ATH-AL00 remains unclear, but sources have claimed the device is a part of Huawei’s Glory series of smartphones, so it could be the previously rumored Glory 7 Plus. However, it’s obviously in the realms of speculation at this point in time.

Additionally, sources have also claimed that Huawei is intentionally delaying the launch of the Kirin 950 chipset in order to ship more devices with the HiSilicon Kirin 930 on-board. As with most rumors, you’d do well to take this assertions with generous pinches of salt, but seeing as the company’s recently released (and upcoming) devices ship with the Kirin 930, it may not be too much of a stretch to see why it may indeed be the case.

Previous rumors have suggested that the Kirin 950 will be ready to ship by October, so we’ll just have to see how much water this current report holds. Whichever way the cookie crumbles, be rest assured, we’ll keep you in the loop.

As a refresher, the HiSilicon Kirin 930 the Kirin 930 is Huawei’s current high-end chipset, which comes with a 64-bit octa-core CPU based on four regular Cortex A53 cores and four enhanced Cortex A53e cores, in lieu of the more performance-oriented but power-hungry Cortex-A57 cores, found in most octa-core ARM CPUs. The HiSilicon Kirin 930 chipset is found in devices like the Huawei MediaPad X2 Slate and the Ascend P8 phablet 16 GB. The 64 GB version of the P8 however comes with the Kirin 935. 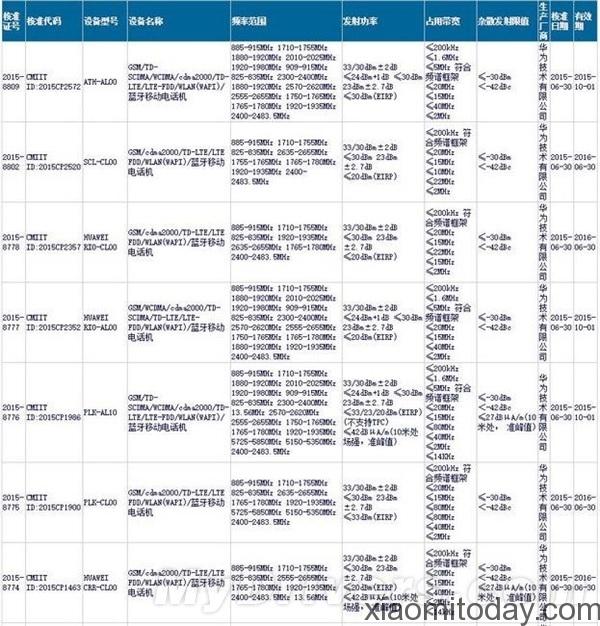