Here at Xiaomi Today, we have an absolute latest scoop for one and all – especially for Xiaomi fans. An user of Chinese microblogging site Weibo going by the handle KJuma, has just posted a single grainy, low resolution image of what he claims to be a blue version of Xiaomi’s Mi Note. Of course, the phone is largely absent, and what we do have is the image of a steel frame in blue. Or at least that’s what it looks like.

That’s right folks; this is indeed all we have to go by at the moment. We can’t even say with any certainty whether it is the current generation Mi Note, which will soon have a blue option, or the next generation Note seeing as the poster hasn’t mentioned any version number. But with the Mi Note 2.0 launch approaching, we believe the leak might very well be of the upcoming Mi Note 2. So while we have no way of telling whether the image is real or fake, you’ll just have to take this report with a grain of salt and hope that the poster knows what he’s talking about.

Meanwhile, Xiaomi is looking to announce its next generation Mi flagships later this year. The company will reportedly launch two Mi5 branded phones this year – a standard Mi5 and a larger phablet dubbed the Mi5 Plus. Some recent reports say, the devices have been delayed by the heating issues of Qualcomm’s Snapdragon 810 chips. While the phones were originally slated to ship with the Snapdragon 810, Xiaomi might just wait now, to shoehorn the upcoming Snapdragon 820 in its upcoming Mi flagship.

Coming back to the story at hand, there you have it guys. Does the grainy, low-resolution image really look like it could be Xiaomi’s Mi Note 2? Or could it be an elaborate fake? Please do let us know your thoughts in the comments section below. 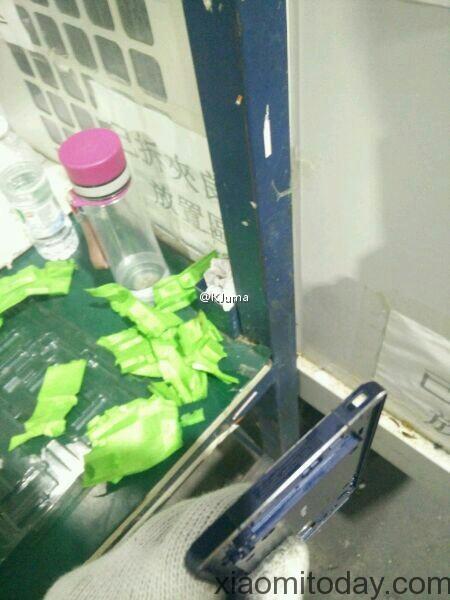