No one knows how many smartphones with Xiaomi brand will be launched this year, but seems there will be a lot of. The first Xiaomi handset of 2017 is the Redmi Note 4X. But we are waiting for the Mi 6. As of now, it turns out another mid-range smartphone will be launched sooner than the main flagship of the company. No name is known for this moment, but the leaked TENNA document showcases it is codenamed as the MAE136. The latter is thought to be another Redmi series phone due to dimensions and overall appearance. It’s supposed to be the Xiaomi Redmi 5.

The MAE136 comes with a T-style design with a fingerprint scanner mounted on the back. The phone features a metal housing, but this can’t say hint at its nature. I mean almost all Xiaomi handsets regardless the category they belong to sport a metal body.

Other than that, the MAE136 comes at dimensions of 139.24×69.94×8.65mm. The screen size is 5 inches. There is also a dual-SIM support. Both cards are standby. And finally, the battery is at capacity of 4000mAh. No memory option is known for the moment, unfortunately.

Many think this is the next-gen Xiaomi Redmi 5. If this assumption is true, the MAE136 should be the improved variant of the original Redmi 4. Though the latter has blood brother in face of the Redmi 4A, the original models are more awaited. I mean no matter how many variants of the Xiaomi Redmi 4 have been launched, those who like this line handsets will welcome the Xiaomi Redmi 5.

If taking this news more seriously, the MAE136 has all chances to be the Xiaomi Redmi 5, because its features are identical to the Redmi 4 specs. Look, the latter sports a 5-inch screen, 4100mAh battery, fingerprint scanner on the back, and its dimensions are 141.3 x 69.6 x 8.9 mm. Thus everything hints we are dealing with the continuation of the Redmi 4. 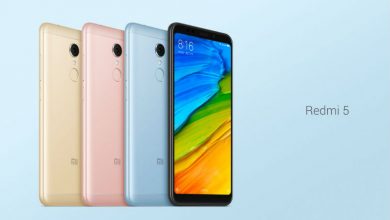